Unlike the 500 hatchback there’s no lower-cost short range version, only the 42kWh battery pack is available. Still, that’s the one we’d recommend anyway thanks to its ability to charge at a faster rate and crucially, its greater range.

Now, the 500 Cabrio can’t travel quite as far as the hatchback on a full battery, however its range of up to 188 miles (dropping to 185 on top La Prima trim) is still far greater than the Smart EQ Fortwo Cabrio or Honda e, if not the Peugeot e-208 or Renault Zoe. We’ve yet to put the 500 through our scientific Real Range tests but, based on our early drives, a range of 150 miles should be easily achievable as long as you take it easy.

The ride is fairly choppy but not uncomfortably so, proving better at soaking up bumps than the overly firm Mini Convertible. And while softer rivals, including the Volkswagen T-Roc Cabriolet and Peugeot e-208, are calmer and more settled along faster roads, the 500 is upset less than most by potholes and expansion joints around town.

The 500 isn’t out of its depth on the motorway, though – handy because its healthy range between charges makes longer journeys a genuine possibility. Mind you, it's quite noisy at faster speeds, with lots of wind and road roar. Still the Mini Convertible isn’t exactly a quiet companion.

When you fold the roof down you aren’t blown around as much as you might imagine. That’s partly because on the top of its windscreen it has an ‘air cap’ that diverts air over the heads of those sitting in the front. Unlike the Mini Convertible and T-Roc Cabriolet the 500 Cabrio’s roof pillars remain in place, helping to reduce buffeting further when the roof is down. They also make the 500 Cabrio’s body stiffer than rivals, so you’ll notice the rear-view mirror wobbling far less. 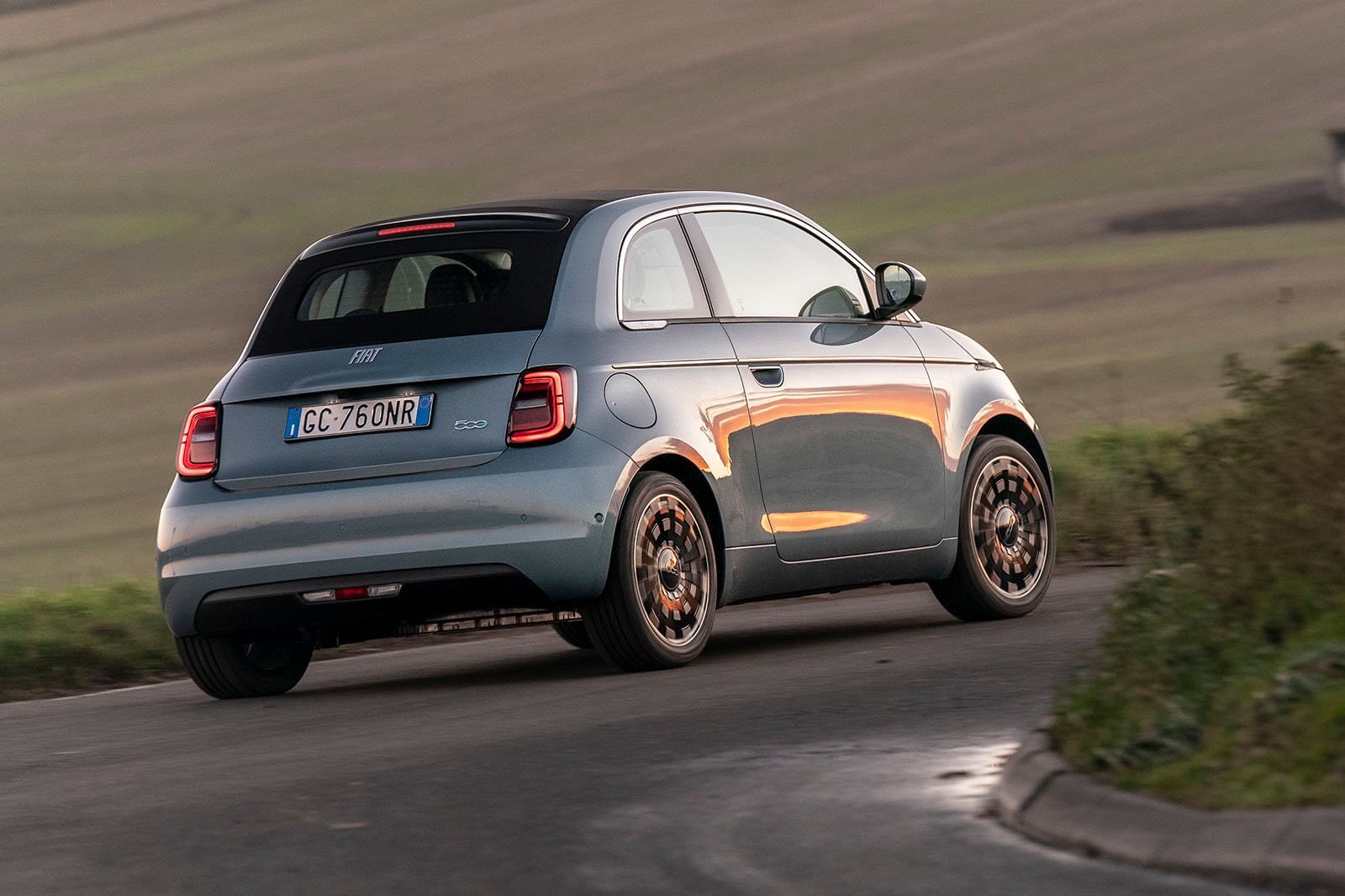