Like the other engines in the range, it features a very small electric motor and battery, for a little electrical ‘kick’ as you drive around, but while there's enough performance for day-to-day driving, it's not going to set your world on fire. The 0-62mph sprint takes 11.2sec, which is slower than the equivalent Ford Focus, Seat Leon, Skoda Octavia and Volkswagen Golf.

A supple ride is one of the Hyundai i30’s most endearing qualities. The suspension soaks up bumps with ease, and even higher-specced versions, with larger alloy wheels, provide good comfort.

True, really rough roads make the i30 fidget around more than the Toyota Corolla or Volkswagen Golf, but never enough to make you truly uncomfortable. Instead, the biggest downside is that the i30 feels floatier over bigger bumps than some of its sportier rivals. 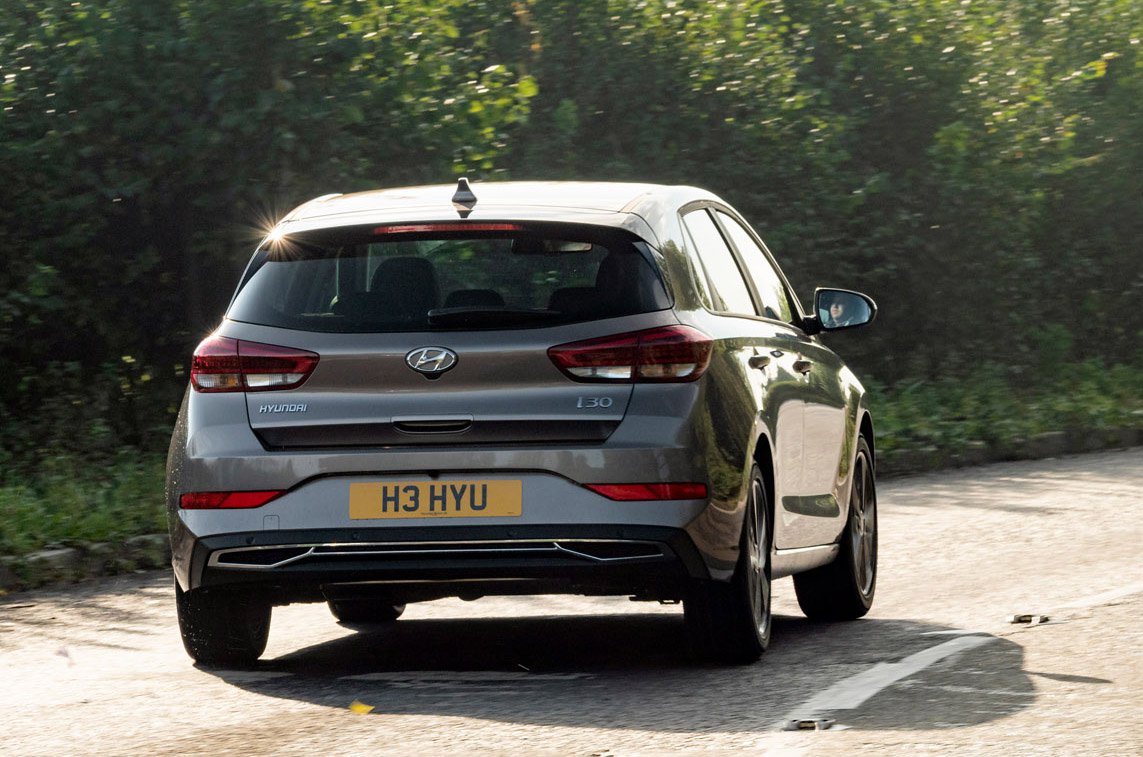 Given the comparatively soft suspension, it's no surprise that the i30 isn't the sharpest-handling family hatchback out there. It leans more in corners than the Ford Focus and Seat Leon, which are two of the tidiest-handling cars in the class, and doesn’t feel especially sharp or responsive to throw around on twisty roads.

The steering never really involves you in the action, either, and it's quite heavy once you add a bit of lock on to, say, get around a mini-roundabout. The i30 does grip strongly, though.

The i30 is a reasonably quiet car at speed, keeping wind noise well suppressed. However, road noise is more intrusive than it is in a Focus, and you hear more suspension noise than you do in a Mazda 3.

The 1.0 T-GDi 48v Hybrid 120 petrol engine thrums a little, as most three-cylinder engines do, but it's never annoying. What does grate is the combination of its clutch biting point and accelerator response at low revs; neither feels properly tuned, so it's tricky to get away or change gear as smoothly as it is in most rivals.

The manual gearbox itself has an accurate gait, but it's not a pleasure to use like the Focus's well-oiled 'box.

Good to drive, and has a big boot and lots of standard ki...