You sit higher up in the Jaguar E-Pace than you do in many family SUVs including the BMW X1, and there's plenty of steering wheel and seat adjustment. Indeed, the E-Pace gets 12-way electrically adjustable seats with four-way lumbar support from S trim up.

The dashboard layout is fairly conventional by the standards of the class. For example, there are physical controls for the air-con and heated seats, so there's no need to use a touchscreen interface like you have to in the Volvo XC40. We think that’s a good thing because proper buttons and dials are less distracting to use when you're driving.

The view out of the back is less impressive because the window line rises towards the rear of the car and the rear screen is relatively small. However, all versions of the E-Pace come with a 360-degree camera system, front and rear parking sensors and a graphic on the infotainment system that tells you how close you are to obstacles around you.

To help when the sun goes down, all E-Paces get bright LED headlights as standard. If you go for S trim and up, you’ll also get an automatic main beam function. 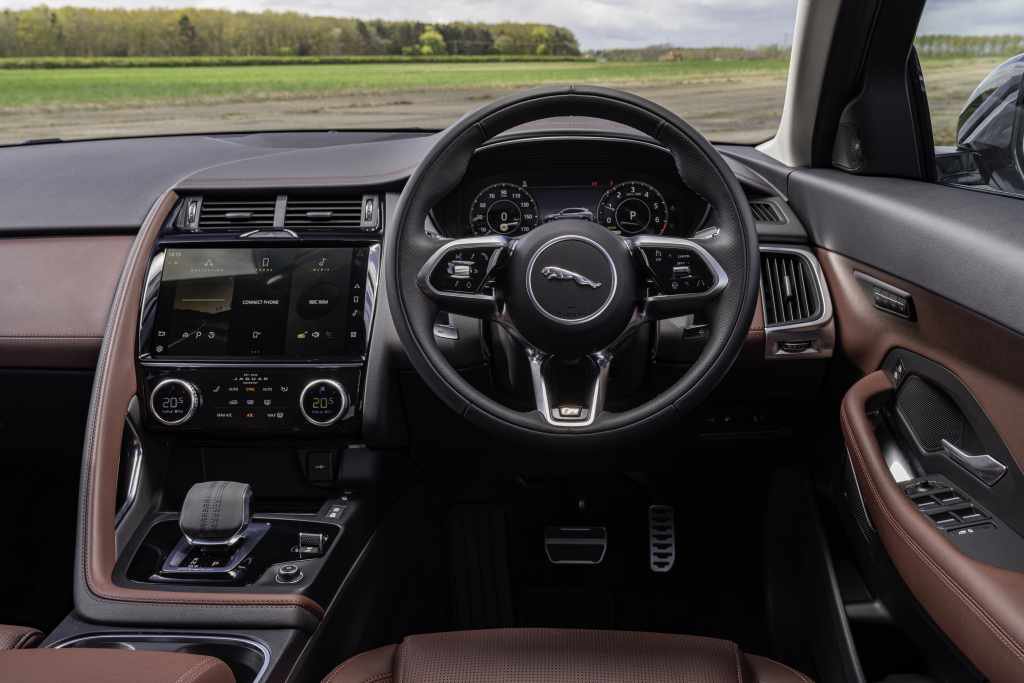 All versions of the Jaguar E-Pace come with an 11.4in touchscreen infotainment system with Apple CarPlay/Android Auto smartphone mirroring. We’ve tried the upgraded version found in S trim models and above – it's called Pivi Pro and adds an internet connection and over-the-air updates, as well as having faster response times than the standard Pivi set-up found on cheaper models.