Most Jaguar E-Pace engines are 2.0-litres, but the 158bhp P160 petrol and the 305bhp P300e plug-in hybrid both have three-cylinder, 1.5-litre petrol engines. All engines gain new mild-hybrid technology to improve efficiency when equipped with the eight-speed automatic gearbox, although the 'box is very dim-witted when you need to pull away in a hurry.

We’ve yet to samples the revised range of diesel engines in this latest E-Pace, but we expect the entry-level 161bhp D165 to be fine around town and for the odd long-distance stint. The more powerful 201bhp D200 should have a bit more punch for reasonably swift overtakes and quick acceleration up to motorway speeds – even when the car is fully loaded with people and bags.

We've tried the Jaguar E-Pace on 19in and 21in wheels (you can also have 17in or 18in). Even with 19ins ones fitted, you notice your head going from side to side more vigorously than in a Range Rover Evoque or Volvo XC40 equipped with the same size.

The ride doesn’t settle down on the open road, either. We found the E-Pace far less settled than an Evoque or XC40 on a motorway. That can get annoying after a while, so it’s worth taking a lengthy test drive before you decide whether to buy the Jaguar. Meanwhile, 21in wheels should definitely be avoided as they make the E-Pace thump over potholes and jostle you over surface imperfections.

Adaptive dampers are available, and we suspect they might improve matters (we have yet to try them). Likewise, sticking with smaller wheels will probably give you a smoother ride. The trouble is, you might think the E-Pace looks a bit dumpy without its wheel arches properly filled. 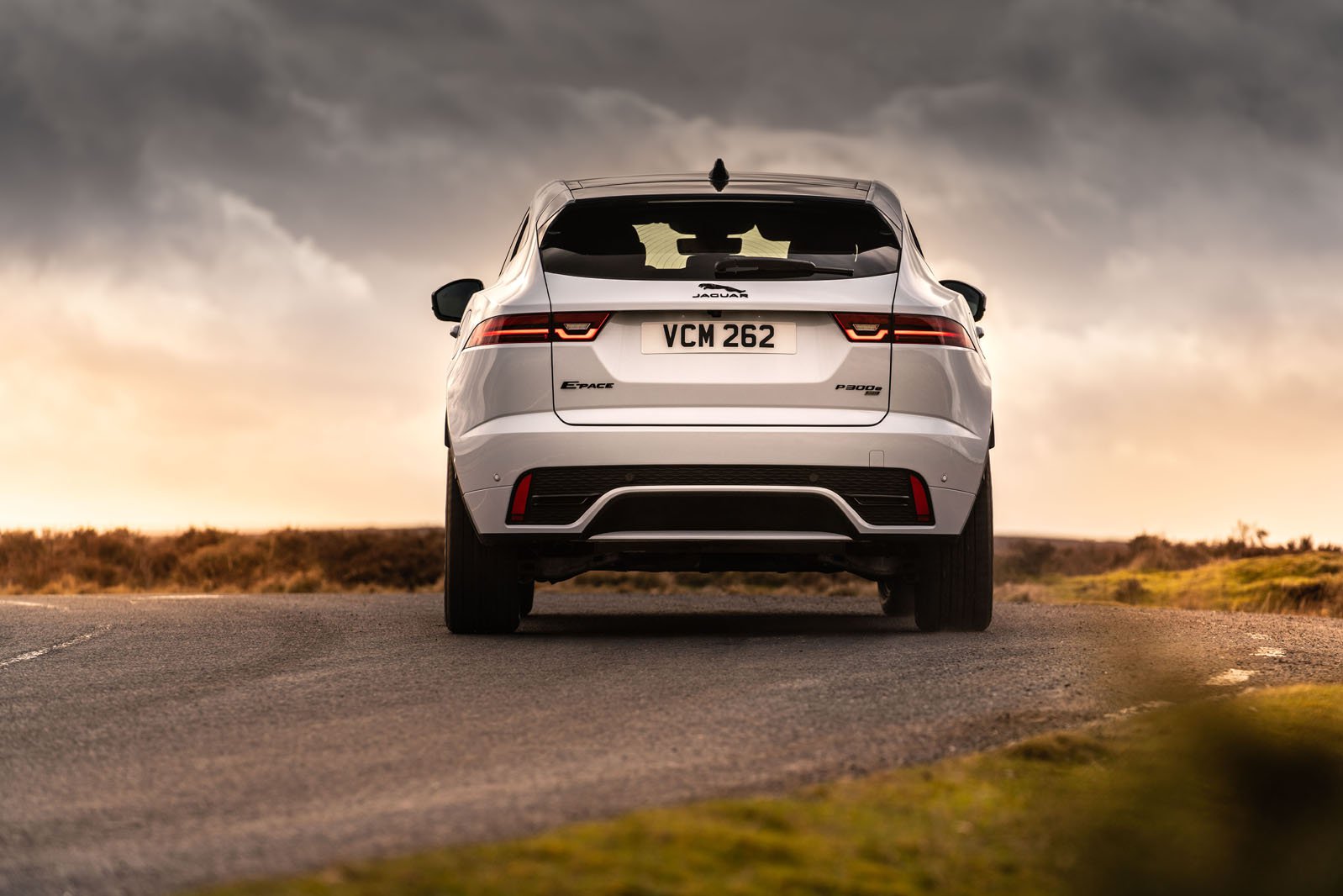 A Jaguar can almost always be relied on to deliver when it comes to handling, and the E-Pace is no exception – up to a point, anyway. It's taller and heavier than family SUV rivals such as the Audi Q3 and BMW X1 so it isn’t quite as eager as they are to turn in to bends. Nevertheless, it stays pretty upright through tight twists, grips well and stays neatly balanced.

In previous examples of the E-Pace we’ve tried, the steering was quite heavy at low speeds. The latest version is much lighter and therefore easier to manoeuvre around town. Thankfully it becomes progressively more hefty along faster, winding roads, giving you plenty of confidence as you guide it through bends.

Most versions come with four-wheel drive, which offers plenty of traction, but you can opt for front-wheel drive with the entry-level D165 engine. There’s not a huge amount of difference in normal conditions, but when the road is slippery or you need to venture on to a muddy field, you'll definitely appreciate four-wheel drive.

We’ve yet to try the revised range of Jaguar E-Pace petrol and diesel engines, just the plug-in hybrid P300e.

In earlier diesel versions, though, we experienced quite a lot of engine vibration through the pedals and steering wheel, while petrol engines were smoother and quieter. Neither option is likely to be as refined as the P300e, especially in electric vehicle (EV) mode, which lets you drive around in near silence at town speeds.

The E-Pace generates quite a bit more wind noise on a motorway than the Range Rover Evoque and Volvo XC40, although there's less tyre roar than in the BMW X1 and X2. High-end HSE models with Meridian sound systems have noise-cancelling technology, which helps.