Every Jaguar E-Pace we’ve tried so far has been fitted with a panoramic roof – a feature that almost always affects head room. Even so, you’d have to be very tall to notice your hair brushing the ceiling. The interior is fairly wide so you won’t feel as though you're shoulder-to-shoulder with your front passenger.

The door pockets are rather slender, but there’s a small tray in front of the gear lever to stow your phone, plus a couple of cupholders in front of the central armrest. If you look under this armrest, you’ll find a giant cubbyhole.

The E-Pace has enough rear leg room to keep tall adults fairly happy, as long as they're not sitting behind equally lofty people in the front. Head room is good, though – even those over 6ft are unlikely to have to cower, which is impressive considering that all versions we’ve tried so far have been fitted with the panoramic glass roof we mentioned before.

While the E-Pace isn't exactly cramped in the back, rivals such as the BMW X1, Range Rover Evoque and Volvo XC40 are considerably more accommodating. These cars can also carry three adults sitting side-by-side more comfortably. 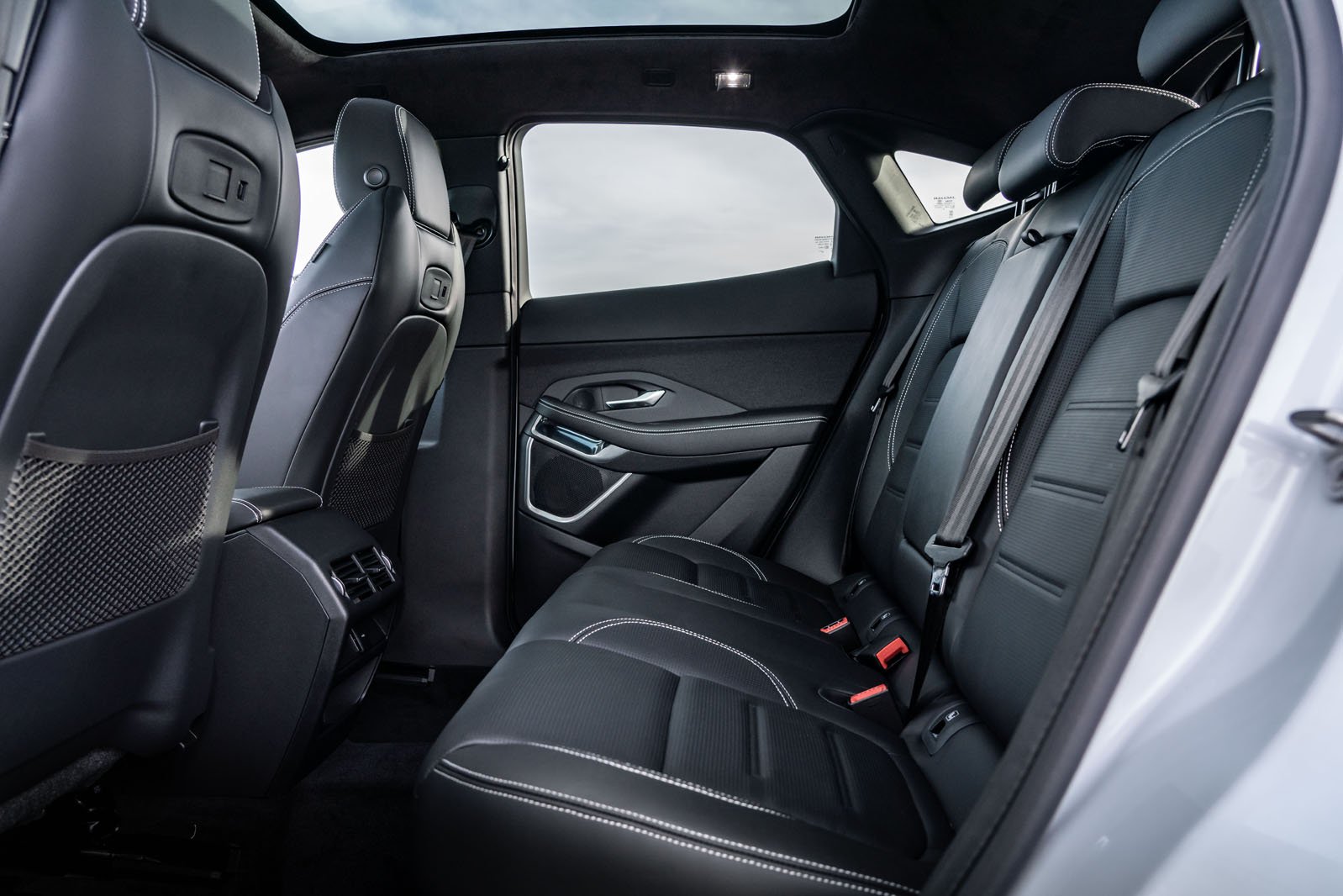 While many rivals, such as the Audi Q3, BMW X1 and Volkswagen Tiguan, are available with sliding and reclining rear seats, the E-Pace isn’t so clever. Thankfully, this latest version now has a 40/20/40 split rear bench, making it more versatile than a  Volvo XC40 in this regard.

On S trim and above, 12-way electric front seats are fitted as standard, while HSE models come with an even greater range of electric seat adjustment.

Ignore the official boot capacity that Jaguar publishes – the brand measures it in a different way to most other manufacturers. In simple terms, you can squeeze slightly more clobber into an E-Pace than a Range Rover Evoque, but the Volkswagen Tiguan, BMW X1, and Volvo XC40 can all carry significantly more.

We managed to fit six carry-on cases below the parcel shelf, compared with five in the Evoque, eight in the XC40 and nine in the X1. Thankfully, though, the E-Pace's boot is a useful square shape, with a wide recess right at the back of the car – handy if you play golf. There is no lip to speak of at the boot opening and all versions have some underfloor storage, which on the P300e plug-in hybrid is a good place to store the charging cable.

The rear seatbacks lie almost – but not quite – flat when you fold them down. The extended load area is big enough for most family chores although, again, many rivals can carry more.