What used Mazda 6 estate will I get for my budget?

Check the value of a used Mazda 6 Tourer with What Car? Valuations 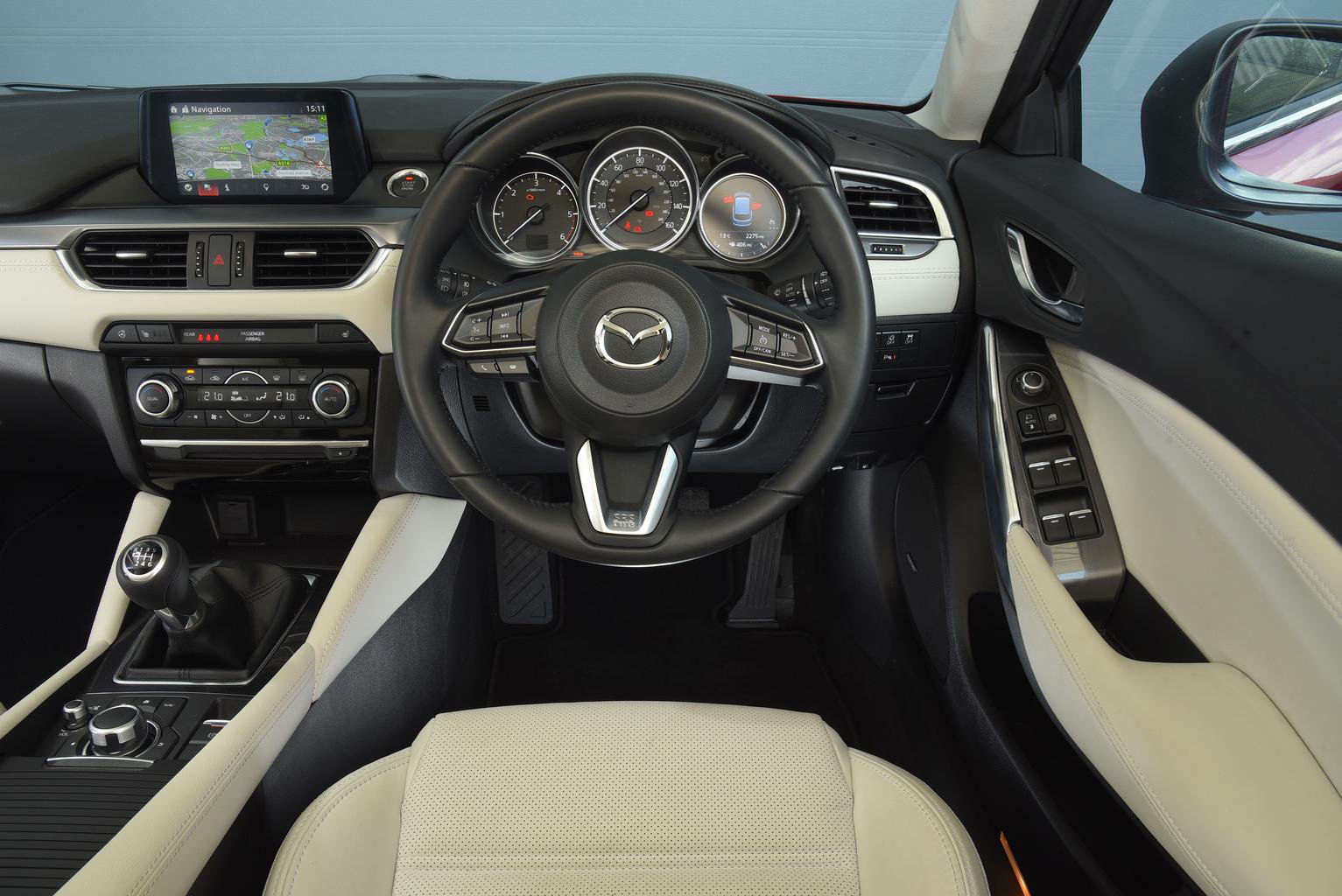 How much does it cost to run a Mazda 6 estate?

The least efficient petrol engine is the 2.5-litre unit that arrived after the 2018 facelift and achieves a combined figure of 37.2mpg. You'd be better off going for either version of the 2.0-litre instead, given that the 143bhp model does 50.4mpg and the 163bhp version manages 47.9mpg.

If you'd prefer a diesel, the 148bhp engine is rated at 64.2mpg, although the more powerful 173bhp diesel drops this figure down to 61.4mpg. The revised 181bhp engine might appear to be quite thirsty at 47.1mpg, but it was rated under the latest WLTP test procedure, which is much tougher than the previous test.

Go for the 148bhp 2.2-litre diesel for the lowest emissions of 113g/km, but the more powerful diesel emits 121g/km and therefore sits in the next tax band along, which is considerably more expensive. Both 2.0-litre petrols put out 136g/km.

Road tax for all models registered before 1 April 2017 will vary depending on the CO2 emissions the engine produces (see above for more information), while examples registered after this date will have the same flat-rate fee for cars that cost less than £40,000 when new. To find out more about the current road tax costs, click here.

Mazda offers fixed-price maintenance; this will give you a price menu of how much common maintenance operations such as changing the brake discs or pads are, and you can then use this to compare prices with independent garages in your area. Mazda also offers extended servicing plans to cater for different ownership and usage requirements, and the 6 should be about average for the class in terms of servicing costs.

Insurance costs should be similar to those of rivals such as the Ford Mondeo and Volkswagen Passat. The entry-level 2.0-litre petrol and 2.2-litre diesel are in group 22 and 25 respectively; the most powerful 2.5-litre petrol is in group 26, with the range-topping 181bhp 2.2-litre GT Sport Nav diesel falling into group 31.