The CLA 220d Shooting Brake is powered by a 2.0-litre diesel engine that’s also found in the Mercedes C-Class and E-Class Estates, and is a big step forward from the clattery 2.1-litre unit in the previous-generation CLA.

Yes, you’ll feel a few vibrations through the seat, steering wheel and pedals at idle, but these all but disappear as soon as you start moving. What’s more, there’s little gruffness, even under hard acceleration, and engine noise is virtually non-existent at a cruise.

In addition, it takes only a relatively gentle squeeze of the accelerator pedal to get the 220d to pick up significant speed, although the petrol-powered CLA 250 feels much faster again, and will see off any similarly priced Audi A4 Avant with ease. As a bonus, the 250 is an even smoother and quieter choice than the 220d, as well as being a little cheaper. It’s our pick of the range.

The petrol-powered AMG 35’s 302bhp makes it feel significantly swifter, thanks in part to a standard four-wheel drive system that helps it fire off the line with virtually no wheelspin. At the top of the tree is the bonkers-fast AMG A45 with its 4.0sec 0-62mph time.

As for cheaper options, the 1.3-litre petrol engine in the CLA 200 is perfectly adequate when you’re just pottering around town. However, you need to work it hard for it to feel as potent as its 161bhp output suggests, and when you do, it sounds rather coarse and thrashy. We’re yet to try the entry-level CLA 180.

All petrol-engined Shooting Brakes get Mercedes’ seven-speed dual-clutch automatic gearbox as standard, while the diesel gets an eight-speed. Both ’boxes hold onto gears for an unnecessarily long time when in Sport mode, but switch them back to Normal and gearshifts are impressively smooth, especially with the eight-speeder.

In town, the CLA feels pretty compact and nimble compared with the majority of estates. That’s thanks in part to quick steering that prevents you having to twirl the wheel endlessly when negotiating a multi-storey carpark. Move out of the city and onto some twisting roads, and the CLA is perfectly pleasant when being driven briskly. However, get closer to the car’s limits and you’ll find the steering doesn’t give a great sense of connection to the front tyres and it runs out of grip surprisingly early. If you’re a keen driver, an Audi A4 Avant is more composed and grippier in the bends, while a BMW 3 Series Touring is genuinely good fun. 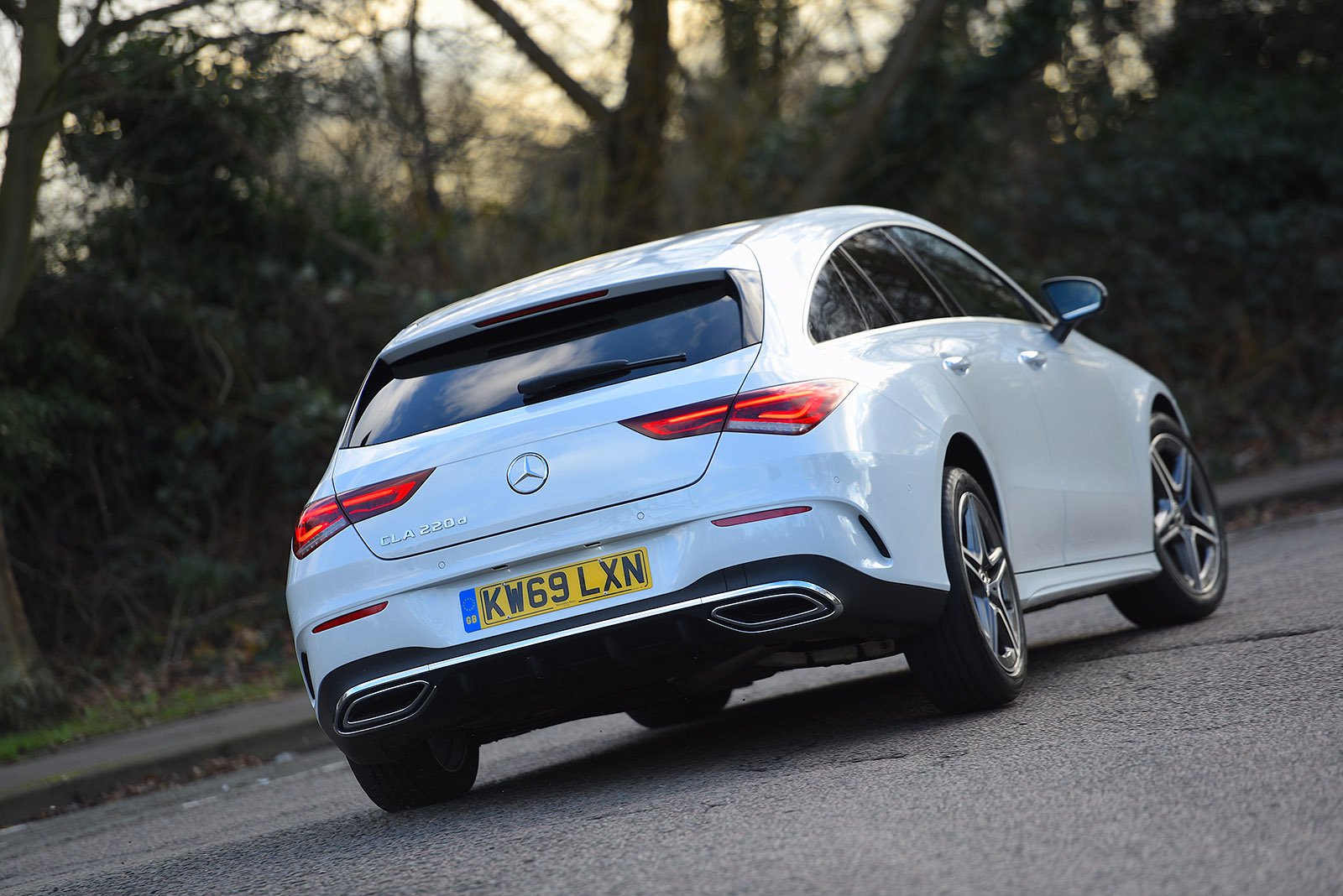 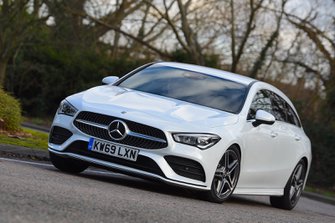 Superb quality, comfort and refinement, but plenty of similarl...

It might not be cheap, but the Mercedes E-Class Estate is extr...