The E63 has a slightly snugger-feeling interior than a BMW M5 or RS6, but it's not really any smaller in reality. In the front seats there's very nearly the same head and leg room as you'll find in the RS6, and it's wide enough that you can make use of the front armrest without worrying about connecting elbows with your passenger.

There's also slightly more rear leg room than its main rivals, although it's worth noting that the E63 estate has a bit more head room than the saloon, but even the latter is fine unless you're really tall. Sitting three burly adults abreast will be a bit of a squeeze, but a trio of young teenagers will be okay. The Porsche Panamera has five seats, but its middle rear seat is nothing more than an occasional perch.

There is plentiful storage for knick-knacks dotted around. This is made up of decent-sized door bins, cupholders in the centre console, a sizeable glovebox, along with a few more storage cubbies.

The size of the boot rather depends on whether you're looking at the saloon or estate. The former has roughly the same space as a BMW M5 saloon, and will fit up to eight carry-on cases. The latter can manage a serious load of up to 10 of those cases, which is one more than the RS6 (also an estate) can swallow.

In both body styles the boot is well shaped with good access and 40/20/40 split-folding rear seats – for those occasions when you need to carry abnormally large loads. 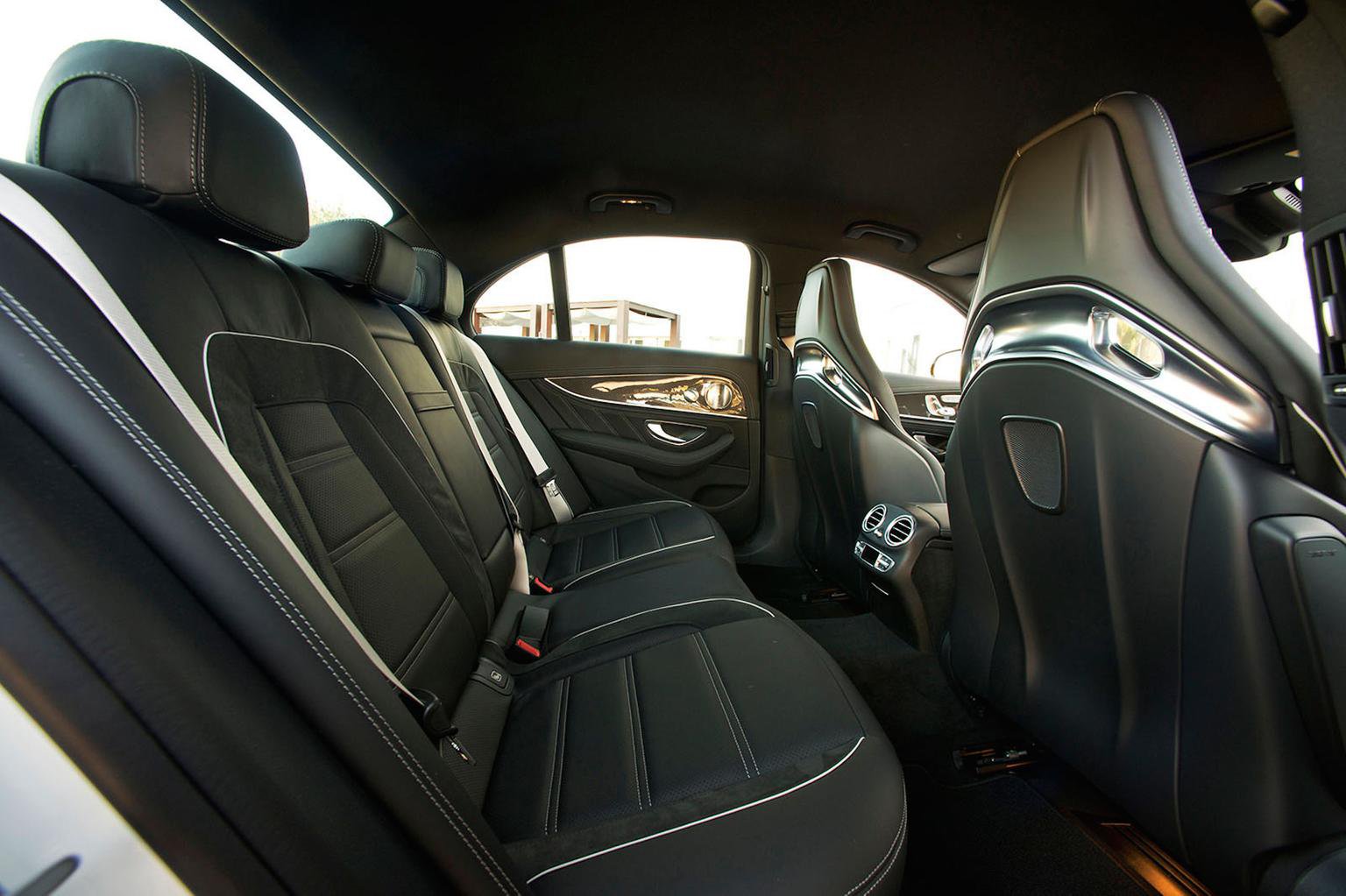