The boxy shape of the GLB means there's lots of front space. Even the optional sunroof doesn’t do much to dent head room, and leg room is copious, even for tall drivers and front passengers.

There's also plenty of space to store odds and ends. Push a button at the base of the centre armrest and it reveals a deep cubby; in front of the infotainment touchpad, there’s another lidded cubby as well as two cupholders and a dedicated area for your smartphone. Even the door pockets are big.

Six-footers will find they have plenty of leg room in the GLB’s second row. However, the Land Rover Discovery Sport offers more shoulder room for three people sitting side by side, and head room is also worse in the GLB, because Mercedes’ has mounted its second-row seats much higher than those in front.

The upside of this tiered approach is that kids get a better view forward and out the side windows, so might be less prone to car sickness. And like the Discovery Sport, most GLBs have two further seats that fold up from the boot floor, which is a benefit that the Audi Q5 and BMW X3 cannot match.

As is the case with the Discovery Sport, you have to squeeze through a narrow gap to get to the GLB’s third row. And once there, you’re left in no doubt that you’re in the cheap seats, because your knees are pushed up high and there’s a lot less head room than there is in the first two rows. However, smaller adults and teenagers will fit more comfortably than they do in the Discovery Sport because, unlike its rival, the GLB has room for your feet beneath the seats in front. 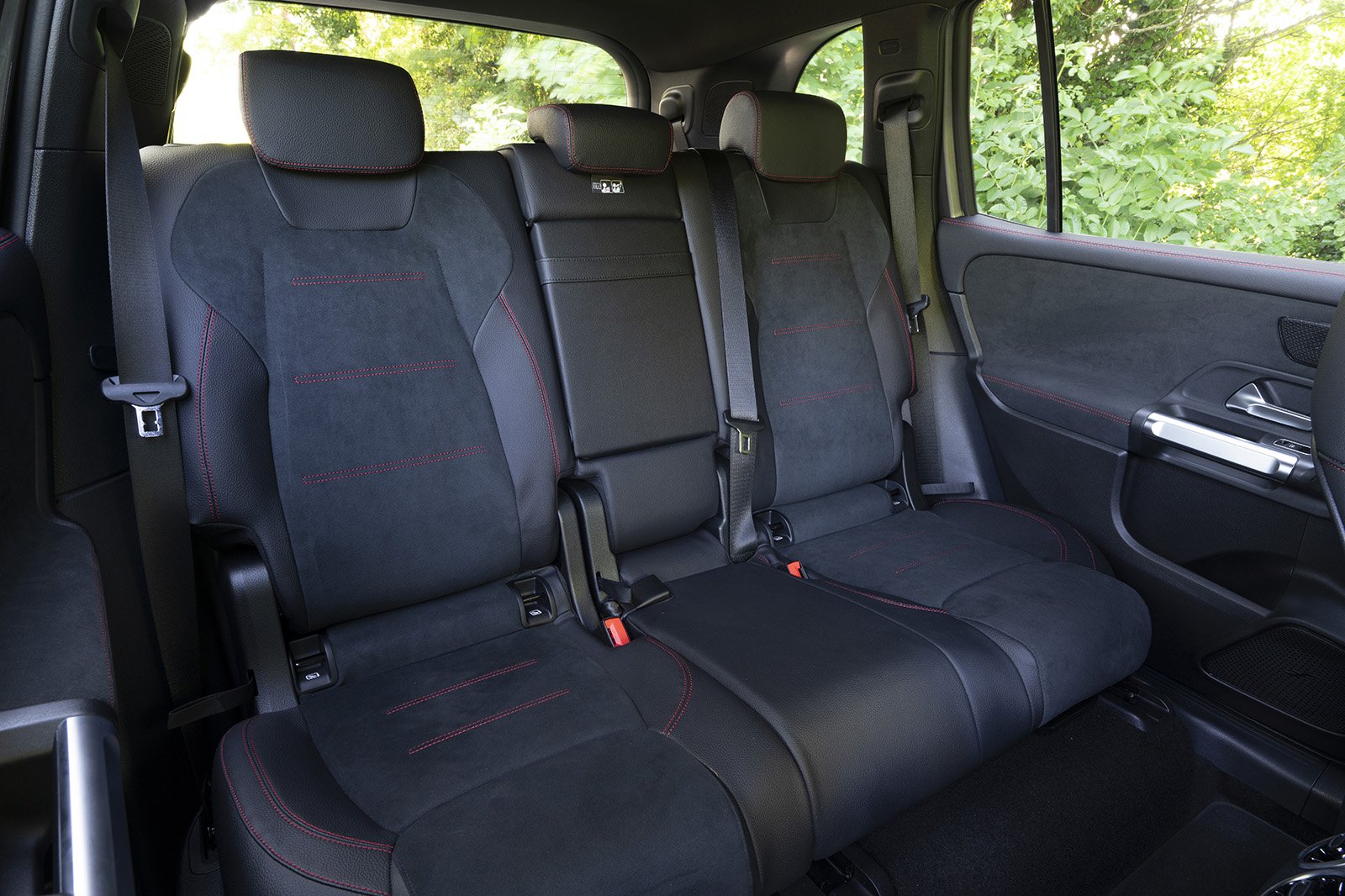 Every GLB has second row seats that can be slid back and forth to suit your needs. However, while the Discovery Sport's three second-row seats each slide independently of one another, the GLB's only move in a 60/40 split.

This hampers versatility a little, but the seatbacks can at least all be reclined independently. And the third row seats are easy to stow and erect.

Opening the tailgate reveals a pretty square cargo area with a no lip at the entrance, making it easy to load and unload bulky objects. With five seats in use, there's 500 litres of space up to the tonneau cover, which is enough for a couple of buggies or large suitcases, but not as much as an Audi Q5, BMW X3 or Land Rover Discovery Sport offer. If you have all seven seats in play, there’s space for a row of shopping bags, but that's about it.

However, something that the GLB has that the Discovery Sport misses out on is a dedicated slot for the parcel shelf under the boot floor. That comes in handy when you suddenly have cause to deploy the third row of seats.

Not the cheapest seven-seat SUV, but it's hugely practical and...