There are three conventional choices when it comes to the GLC’s engines; a 2.0-litre petrol and a 2.0-litre diesel that's available with two power outputs. If you want to stick to the black pump, the entry-level 191bhp 220d really is all you need. It provides plenty of power low in the rev-range, so you don’t have to work it very hard at all to make brisk progress, and flat-out acceleration is pleasingly brisk. Indeed, it’s a fair bit quicker than an Audi Q5 40 TDI and destroys the Land Rover Discovery Sport D180. If that’s not enough, though, there’s a 242bhp 300d that’s noticeably more muscular, but the six-cylinder BMW X3 30d feels even stronger.

But what if you’re trying to ditch diesel? The GLC 300’s petrol engine develops 254bhp and, on paper, matches the 300d for acceleration from 0-62mph. However, there’s a more noticeable performance gap on the road; the petrol engine needs working harder than the diesel should you feel the need for speed. There is also a plug-in hybrid with a 300e badge, but we’re yet to sample it.

If you’re more interested in acceleration figures than low carbon emissions, you’ll need to look at one of the petrol AMG models. First up is the 3.0-litre turbocharged 385bhp V6 GLC43, which fires you from 0-62mph in just 4.9sec. Its engine needs working harder than the Audi SQ5’s diesel, but it sounds far fruitier and is much happier to rev. It’s more than fast enough, but even so there’s an even more rapid AMG GLC63, which has a 4.0-litre V8 and its own separate review.

Mercedes offers three different suspension systems for the GLC. Opt for entry-level Sport trim and you get so-called ‘comfort’ suspension, which, when combined with small wheels, does a reasonable job of living up to its name. However, potholes and other road scabs can send a bit of a thump through the car’s structure, so it’s less comfortable than a Land Rover Discovery Sport or Audi Q5.  Move up to AMG Line trim and you get ‘sports’ suspension, along with larger wheels that make imperfect road surfaces even more noticeable. However, the upshot is that, on undulating roads, body movements are better controlled.

Top AMG Line Premium Plus Ultimate models get air suspension as standard. Although this can be softened to give a pleasing waft at speed, the model’s standard 20in wheels pick up on surface imperfections so the GLC never quite seems to settle down. The AMG GLC43 gets a slightly stiffer air suspension setup, although this is in keeping with its Sports SUV remit and is perfectly comfortable by the standards of that class.

Annoyingly, you can’t choose air suspension on a trim level with smaller wheels. In fact, if comfort is everything, we’d recommend looking at an air-sprung Audi Q5 instead. 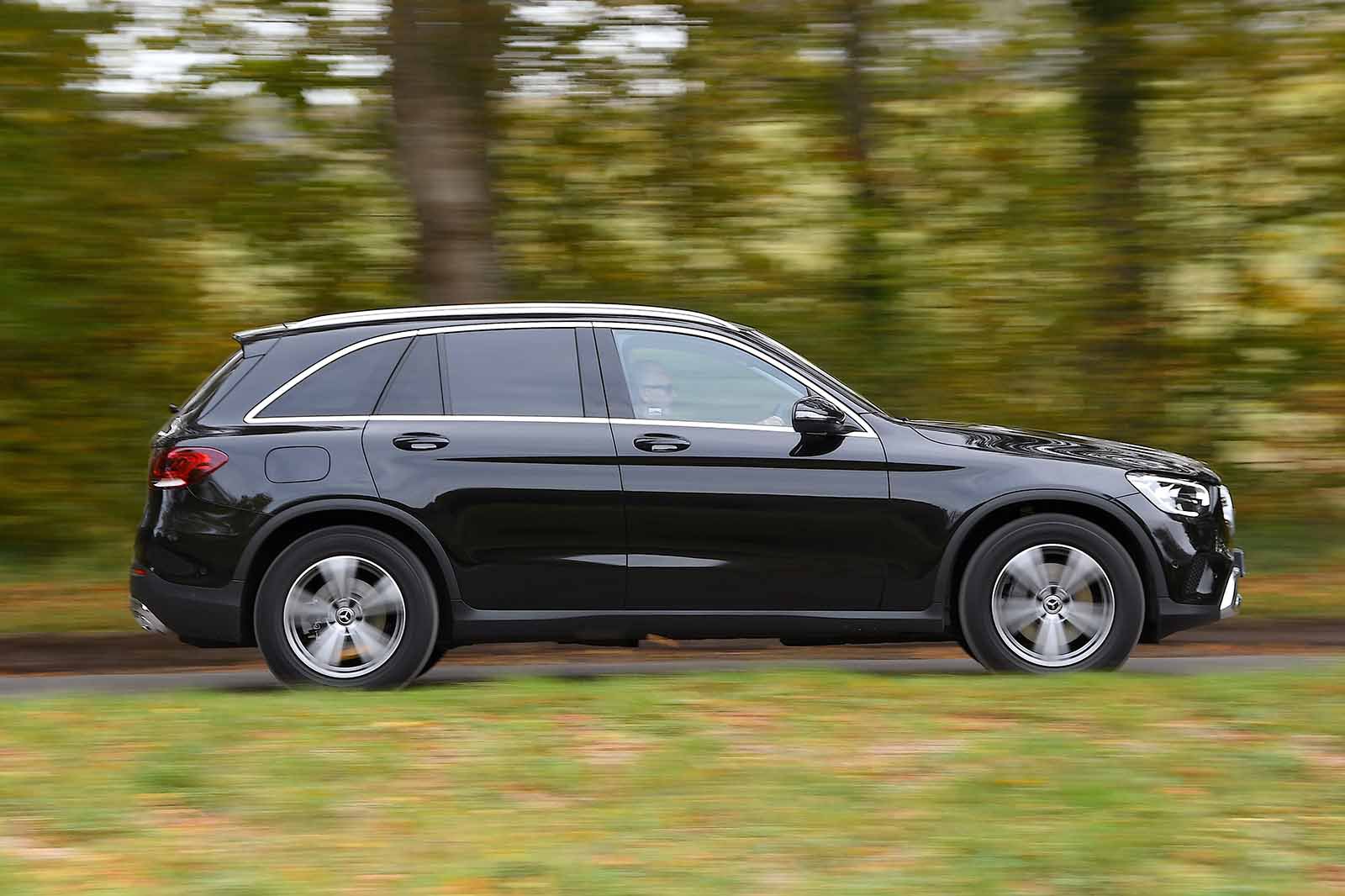 It’s a real pity the GLC’s steering isn’t better; it builds up weight in a rather unnatural way when you turn in to corners, and, because the steering is variable (it gets progressively quicker as you apply lock), it's hard to corner precisely at faster speeds.

Otherwise, the Mercedes GLC handles well enough for a large SUV. Even on regular comfort suspension, the GLC stays relatively upright through corners and grips the road well. Go beyond this limit and the stability control is very sharp in its intervention.

Air sprung models give you the option to stiffen the suspension for better cornering, but the BMW X3 and Audi Q5 both prove sharper in corners, even without trick adjustable suspension. The GLC43 is much better, feeling even grippier and sharper to turn into bends. It feels stable, balanced and reassuring, but the X3 M40i is ultimately more fun.

Stick to the 2.0-litre diesels, especially the 220d, and you’ll find them decently refined. There’s an oh-so-slight tremor through the steering wheel at idle, but they are smooth when accelerating and virtually inaudible at a motorway cruise. But, although the GLC’s diesels are smoother than the BMW X3 20d’s four-cylinder engine, the six-cylinder 30d and Audi Q5 40 TDI are both more refined.

The petrol 300 engine is pleasantly hushed, particularly at low speeds, where it’s quieter and smoother than the four-cylinder diesel alternatives. Indeed, it actually sounds like a six-cylinder engine when you engage Sport mode, thanks to some heavy noise augmentation using the stereo’s speakers. Don’t worry, though – unlike some such engine noise generators, this one is fairly convincing. The AMG GLC43, meanwhile, has an appealing fruity V6 rasp, while the V8-engined 63 models, on the other hand, sound like Ares the God of War gargling with heavy artillery.

The standard nine-speed automatic gearbox shifts smoothly most of the time, even if it’s a little hesitant when accelerating from a standstill. The stop-start system works smoothly, too, especially with the 300 petrol engine. Just bear in mind there's a fair bit of road noise if you choose big wheels, making motorway journeys less peaceful than they might be. 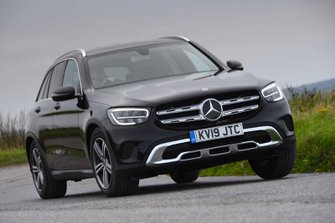 A decent SUV that excels in several areas