Mercedes isn't afraid to admit it has teamed up with Nissan for the X-Class, with much of its underpinnings shared with the Japanese firm's Navara. That's no bad thing, because the Navara has more sophisticated rear suspension than most pick-ups, giving it better on-road manners.

However, Mercedes has worked on the X-Class's ride and handling separately – and it's noticeable on the road. Don't go thinking it rides better than a similarly priced large SUV such as the Kia Sorento or Hyundai Santa Fe, but the X-Class remains more composed at all speeds than the Navara or Toyota Hilux. However, the Volkswagen Amarok and Ford Ranger manage to keep their passengers more comfortable still, while you can feel the X-Class’s chassis flexing more as you go over particularly vicious bumps.

The engine range kicks off with two 2.3-litre four-cylinder diesels designed for low-down pull rather than outright pace. So far, we've tried the more powerful 187bhp 250d (the other being the 161bhp 220d), which is far from quick but offers good flexibility – and that's exactly what you want when towing. It stays hushed at a cruise, too, so it's a shame that Mercedes' automatic gearbox (optional on the 250d) is sluggish between changes.

At the top of the tree is the 350d, with a 3.0-litre V6 diesel developing a hefty 254bhp that’s sent through a mandatory seven-speed automatic gearbox. It's smoother and quieter than the two four-cylinder engines and you don’t have to work it as hard, either. It’s quick, too, giving this sizable truck a 7.9sec 0-62mph time or effortless performance if you’re not in a hurry.

All X-Class models can tow 3500kg. That's enough to cover the majority of tasks and is the same as what the Navara, Amarok and Ranger offer. Maximum payload does vary depending on your engine and gearbox, but all can carry more than a tonne in their beds. 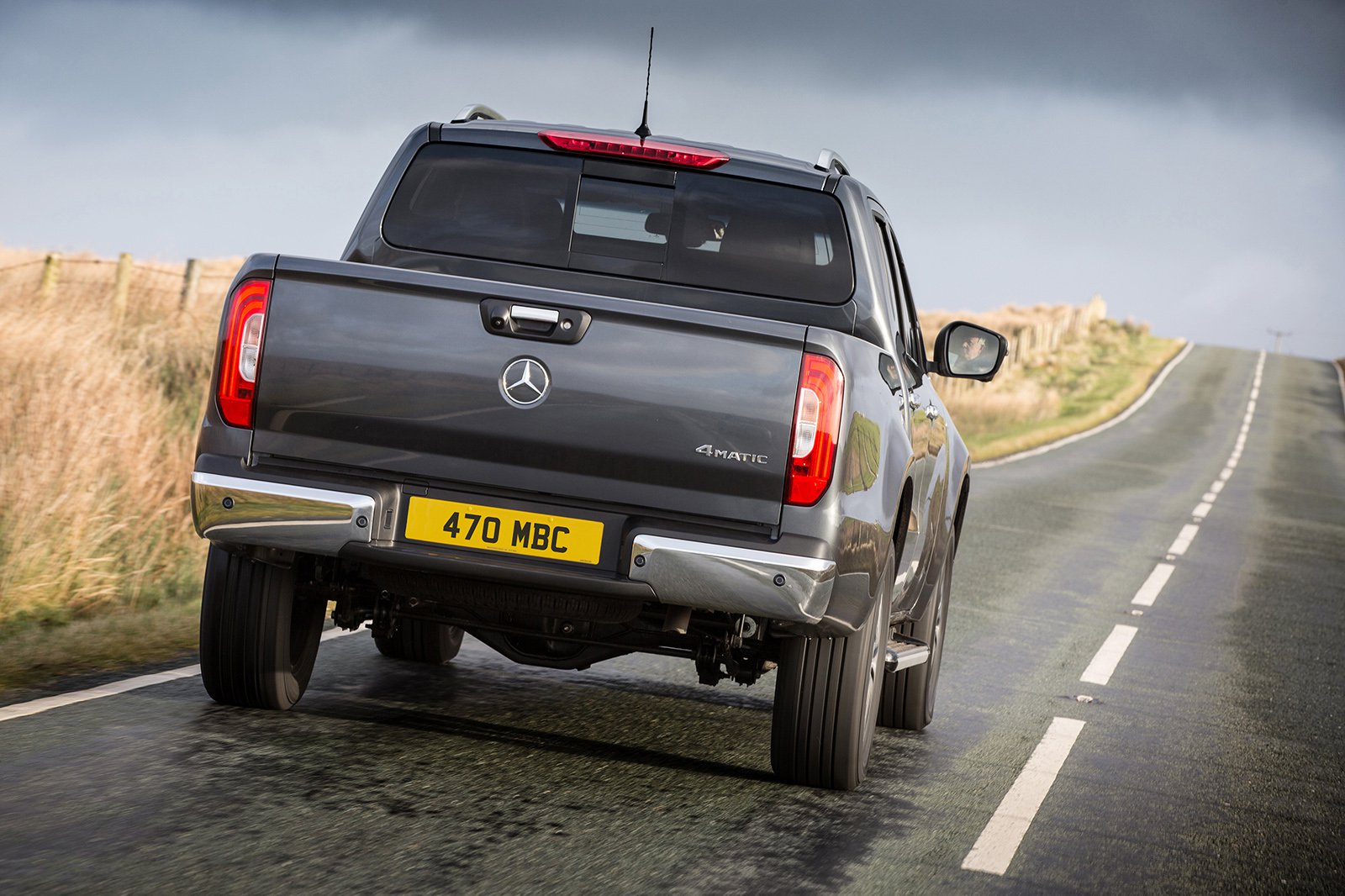