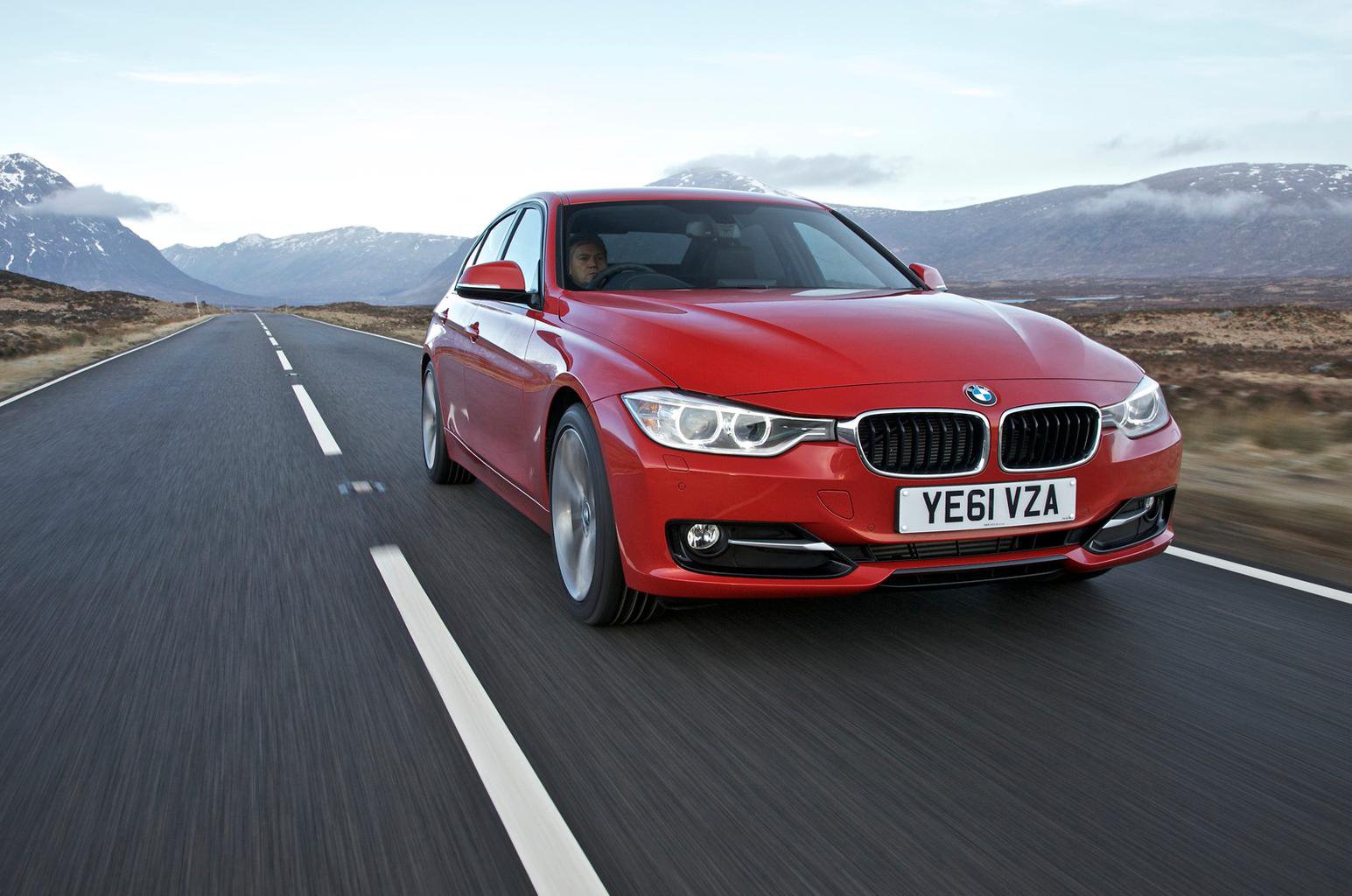 The BMW 320d Efficient Dynamics is the most fuel-efficient and tax-friendly version of our 2012 Executive Car of the Year. In effect, it's a 3 Series aimed squarely at business users.

CO2 emissions of just 109g/km qualify it for a lower (15%) rate of company car tax than any other car in the class, and also mean businesses can write off 100% of the cost of the car in the first year.

The new Efficient Dynamics (ED) is powered by a detuned version of the 2.0-litre diesel engine found in the regular 320d. It adds longer gearing, lowered suspension, low-rolling resistance tyres and some aerodynamic tweaks to help keep fuel consumption to an absolute minimum.

Whats the 2012 320d Efficient Dynamics like to drive?
The ED has less outright power than a regular 320d (161bhp compared with 181bhp) but, crucially, it develops the same 280lb ft of torque.

As a result, the ED copes better with its tall gears than many eco special models; it pulls strongly from around 1400rpm, so you dont find yourself continually changing down to keep the engine on song.

Our test car was the first 3 Series weve driven without the 750 Adaptive M Sport suspension system, and on this evidence its definitely an option worth adding especially since youll pay a fraction of that price as a company car driver.

Without it, the ED lacks the superb body control and agility weve praised the new 3 Series for in recent months, and despite the smaller 16-inch wheels and conventional tyres (other versions have stiffer run-flat rubber) the ride isn't quite as comfortable.

Like all versions of the 3 Series, the ED generates a bit too much wind- and road noise, but its otherwise a brilliant cruiser. It feels settled and planted even at high speeds, and the tall gearing means the engine is spinning at just 1800rpm at 70mph, which helps keep engine noise to a minimum.

Our car had a manual gearbox, but we'd recommend specifying BMWs excellent eight-speed automatic a 1550 option. Again, youll pay only a fraction of that extra cost as a company car driver, and theres no penalty in CO2 emissions or fuel economy.

Whats the 2012 BMW 320d Efficient Dynamics like inside?
Like all 3 Series, the ED has a smart and impeccably built cabin. Theres lots of room for the driver and a wide range of seat and steering wheel adjustment.

Back-seat passengers are well catered for, too. Unlike the previous 3 Series, this new model has enough rear head- and legroom to keep lanky folk comfortable on long journeys.

The boot is roughly on a par with that of an Audi A4 or a Mercedes C-Class, although split-folding rear seats do cost an extra 390.

The ED is available in one trim only, and this is virtually identical to SE. That means standard equipment includes climate and cruise controls, Bluetooth, rear parking sensors, automatic lights and wipers and four electric windows.

BMWs brilliant iDrive infotainment system also comes as standard, which gives you a rotary dial and a 6.5-inch screen to control many of the important functions, including the stereo. If you want DAB, though, youll have to fork out an extra 305.

Should I buy one?
If youre a company car driver, then yes. The tax incentives compared with a regular 320d mean this new Efficient Dynamics version could save you around 500 a year in company car tax, which is enough to make up for the slightly weaker performance.

However, if youre a private buyer, the relatively small fuel and road tax savings arent worth the sacrifice. A standard 320d will cost you exactly the same amount of money, and youll get to enjoy the new BMW 3 Series at its brilliant best.