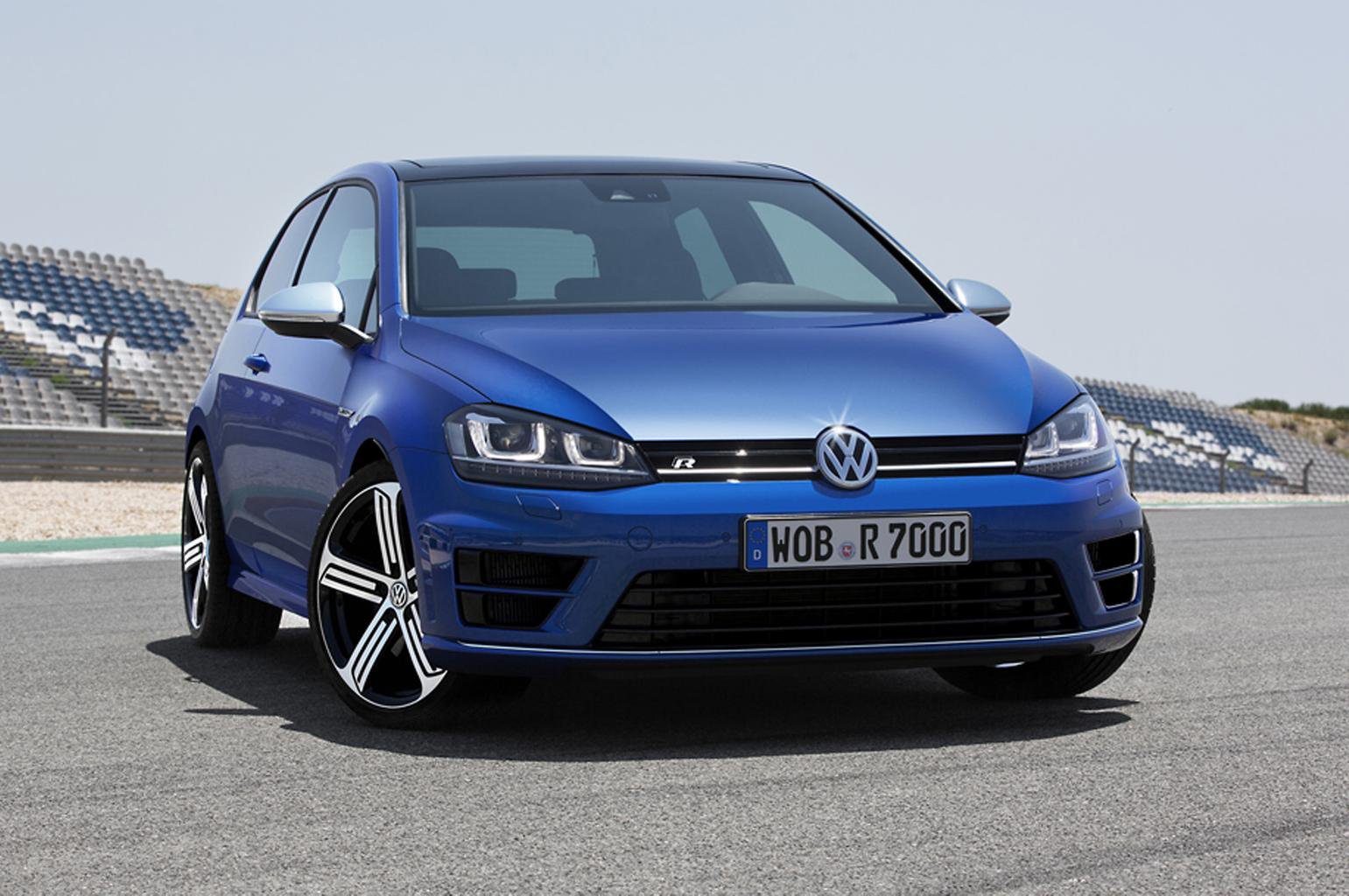 This is the new Volkswagen Golf R – a range-topping model that is more powerful but more efficient than the outgoing version. It will be available with three doors or five.

The Golf R has a 2.0-litre turbocharged petrol engine that produces 296bhp and 280lb ft of torque. It comes with a six-speed manual gearbox as standard or an optional six-speed DSG automatic, and it will only be sold as a four-wheel-drive model.

In manual guise, the Golf R accelerates from 0-62mph in 5.3 seconds. This is reduced to 4.9 seconds with the six-speed DSG ‘box. CO2 emissions range from 159g/km to 165g/km depending on the gearbox choice, and top speed is electronically limited to 155mph.

The Golf R comes with a redesigned styling pack, including a wider grille in the front bumper with larger air intakes, deeper side skirts and a more prominent rear diffuser that houses dual twin exhaust tailpipes. 18-inch alloys are fitted as standard, while 19-inch wheels are available as an option.

The R is 20mm lower than a standard Golf, and 5mm lower than the GTI. It gets the same ‘progressive steering’ set-up as the latter, which makes the rack 20% quicker than those in less sporty Golfs.

The Golf R’s four-wheel-drive system can send almost all of the engine’s torque to the rear wheels to improve traction. It also gets the XDS+ system from the GTI, which brakes the front inside wheel through fast corners to minimise understeer.

As with the GTI, Golf R buyers can choose the dynamic chassis control system as an option, which incorporates adaptive suspension. The R also gets a new ‘Race’ setting within the profile selector, which stiffens the dampers and quickens the throttle response.

The Golf R has the same classy dashboard as the standard car, plus a three-spoke steering wheel and carbon-effect trim around the cabin. Part-Alcantara upholstery is standard, while buyers can choose Nappa leather seats as an option.