The Renault Twingo The Colour Run is a quirky, fun special edition, but does that make it a great city car?...

How do you keep your product at the forefront in an increasingly competitive marketplace? Well, if you’re Renault, you align your quirky rear-engined, rear-wheel drive hatchback with an eccentric, fun-loving brand: let us introduce the Renault Twingo The Colour Run.

Instead of collaborating with a fashion house or famous celebrity, as is the norm with automotive manufacturers, Renault has partnered with The Colour Run - an increasingly popular series of UK-based 5km-running events. Inspired by the Indian Holi Festival, these nationwide events involve competitors being bombarded with rainbow-coloured powder at different stages throughout the run. It’s a wacky concept, and according to Renault, fits perfectly with its equally wacky Twingo. 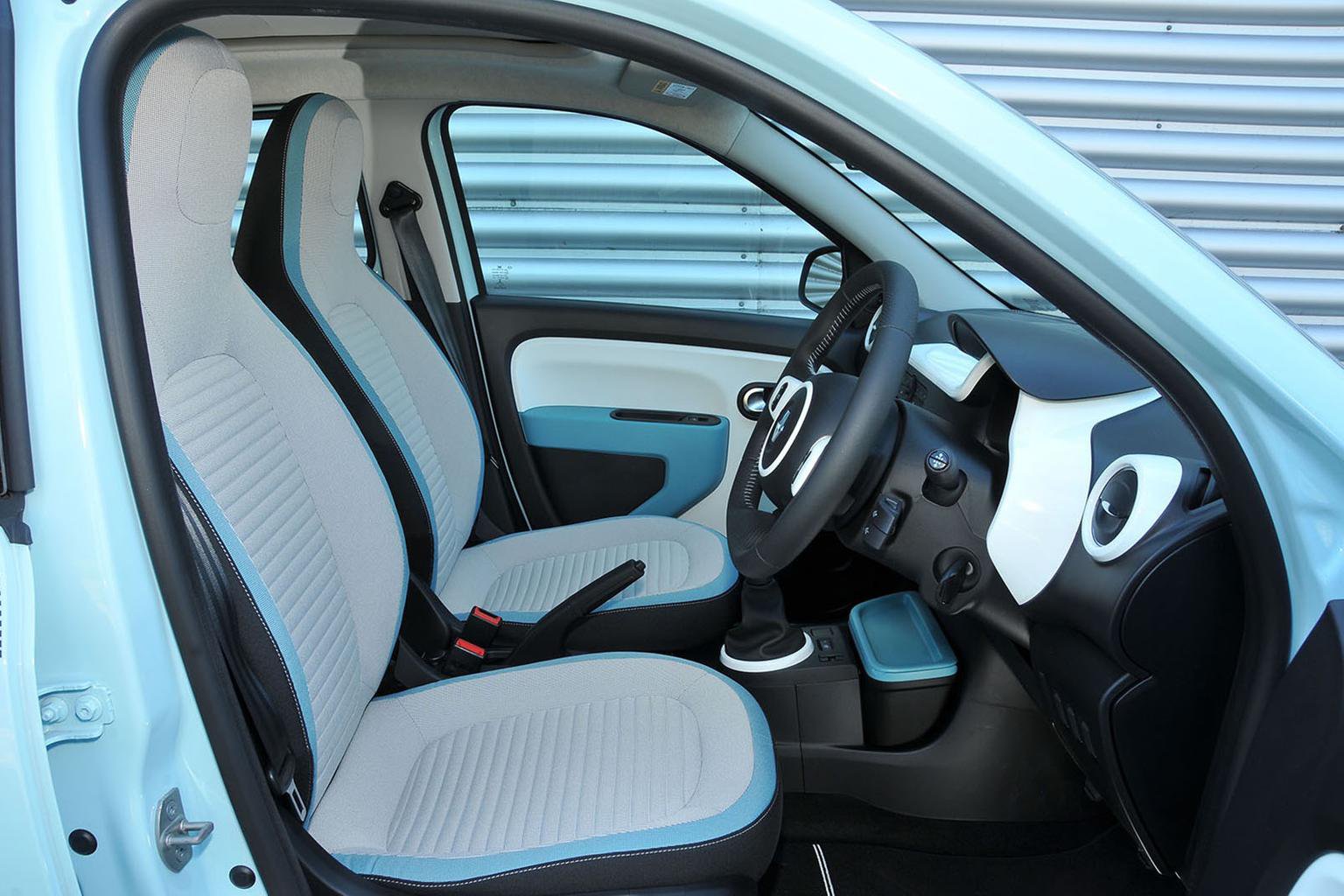 So to celebrate this partnership, Renault has produced a vibrant special edition Twingo inspired by the event. Based on the already well-appointed Twingo Play, The Colour Run receives an electric panoramic fabric folding sunroof, 15in ‘Exception’ alloy wheels, special edition decals, custom floor mats and the choice of any compatible Exterior Touch Pack and Interior Style Pack.

When you consider that an equivalent Twingo Play is a whopping £800 more expensive, this £10,495 special edition looks like a seriously tempting proposition.

What’s the 2016 Renault Twingo The Colour Run like to drive?

Dynamically the Twingo has never been the best in its class. For a rear-engined, rear-wheel drive hatchback, the unconventional Renault is disappointingly numb and therefore a bit lackluster to drive. Without much feel through the wheel rim, the steering doesn’t give you a great deal of confidence when driving quickly, and neither does the substantial amount of body lean in bends. If you are after a bit of fun, definitely try the VW Up, instead.

And even in a car this light – just 864kg - the rear-mounted three-cylinder motor feels noticeably underpowered. With a 0-62mph time of 14.5sec and a top speed of just 94mph, the little Renault feels out of its depth as soon as you leave the city. On the motorway the Twingo struggles to keep up with faster moving traffic and maintaining speed on an incline often requires you to shift down a gear and work the engine hard. 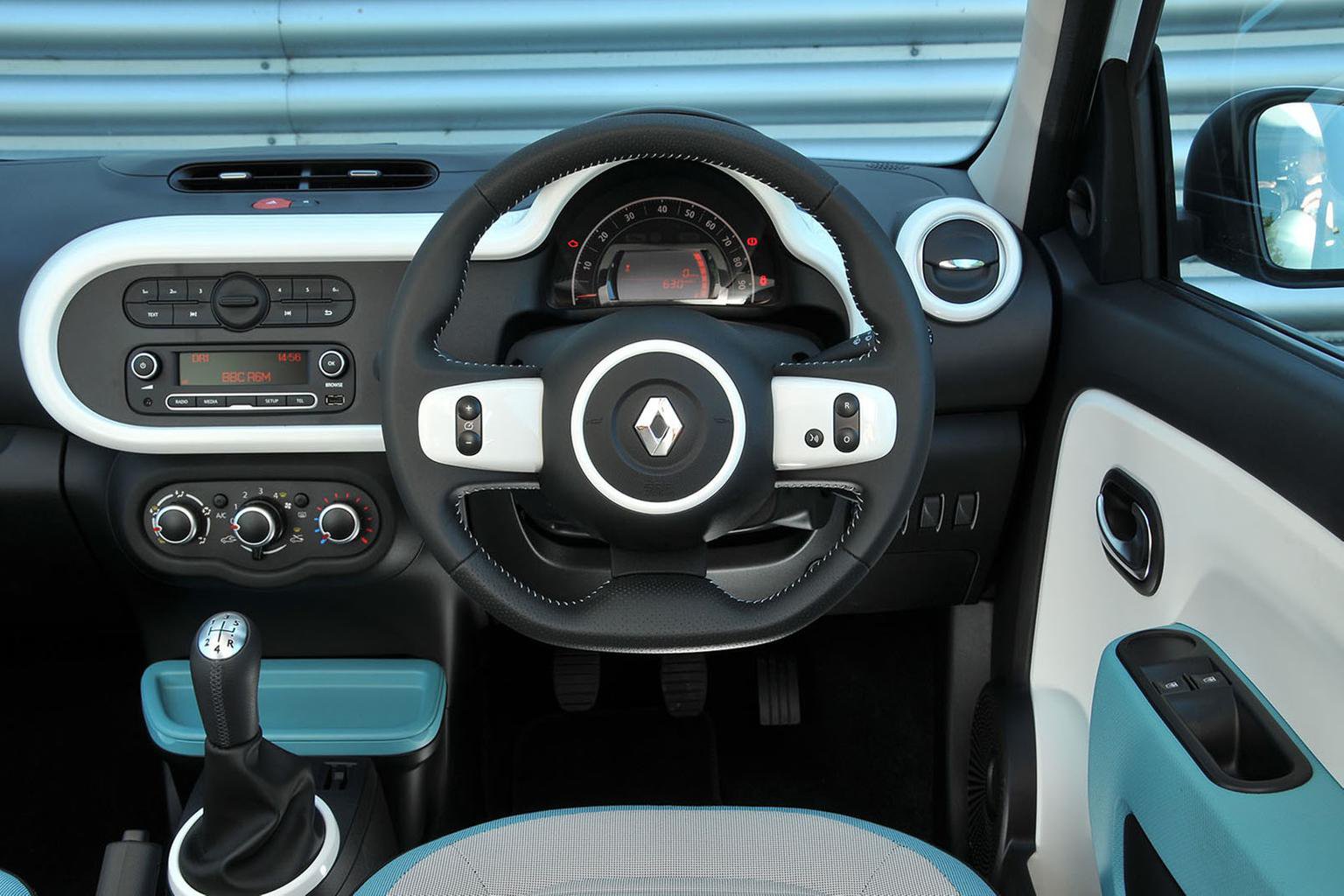 Thankfully, once back in the city, the Twingo feels more at home. With light steering, an 8.9m turning circle (only beaten by the Toyota iQ) and short overhangs, the Twingo is highly maneuverable. In fact, if we were to judge the Renault on the sole task of navigating narrow streets, it would have most of the competition beat.

However, for a car designed to be driven at low speeds, the Twingo isn’t as refined as it should be. The five-speed manual gearbox is notchy, the vague clutch makes smooth progress a challenge, and the overly hard suspension results in an unsettled and unrefined ride. Ultimately, both the VW Up and Hyundai i10 are more comfortable vehicles.

What’s the 2016 Renault Twingo The Colour Run like inside?

On the inside the cabin receives some minor changes to set it apart from lesser Twingos: namely colour-coordinated interior panels, seats with contrasting inserts, and custom floor mats. These little touches certainly give the car a more vibrant feel, but perhaps won’t be to everyone’s taste. 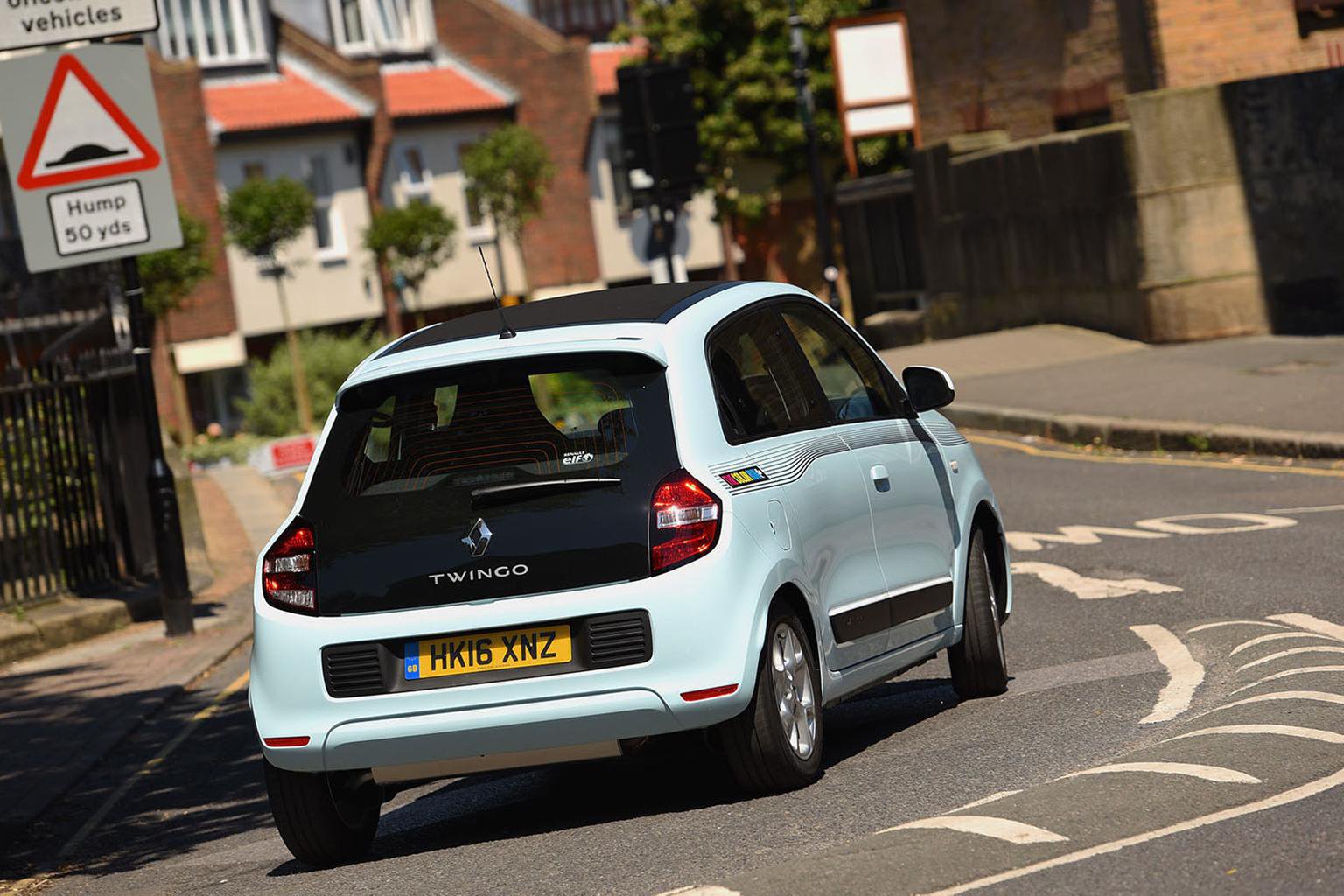 Ergonomically, like the standard car, The Colour Run is a mixed bag. There’s plenty of room up front, the driving position is reasonably comfortable and there’s good visibility. However, with the vast panoramic sunroof fitted, rear headroom is really tight for anyone of above average height. 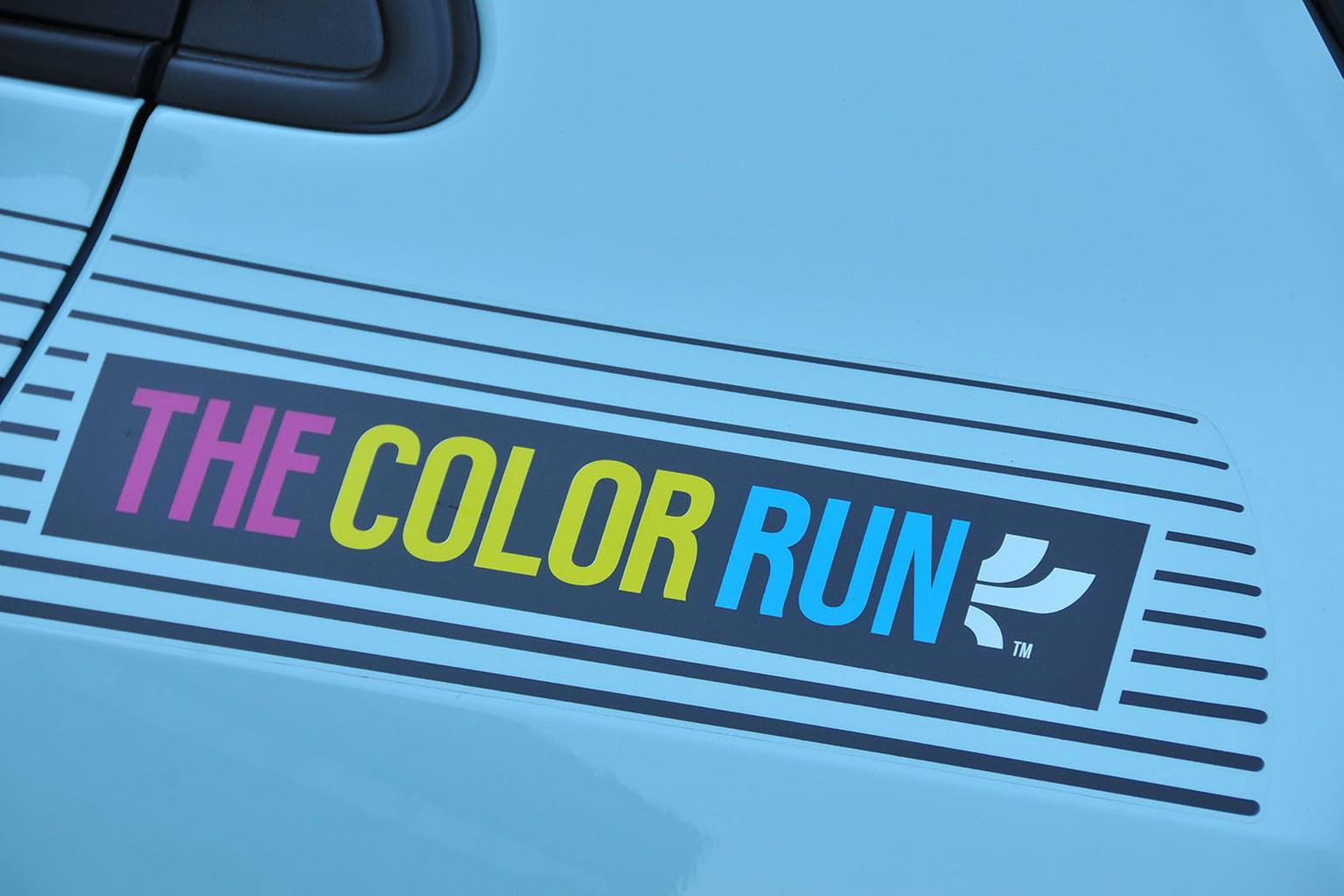 At 188 litres, the boot is adequate for a couple of large shopping bags, and you can angle the rear seatbacks in to a more upright position, which adds a bit more room. Still, it can’t hope to compete with the useful 251 litres of space provided by the VW Up, but for bigger loads the rear seatbacks fold in a 50:50 arrangement. Usefully, when they’re down they lay completely flat, and don’t leave an awkward step to contend with in the extended load bay.

We’ve always liked the basic concept of the Twingo, but in the real world, its weak engine, vague handling and lack of grunt holds it back. Unfortunately, this quirky special edition has done very little to change that.

For £800 less than an equivalent Twingo Play, there’s no doubt that The Colour Run is good value for money. But with engine choice limited to the gutless 1.0-litre three-cylinder engine, we’d rather invest in the more engaging, and more practical, VW Up.