The Peugeot 508 PSE SW is the most powerful production car in the firm’s history, yet it's an estate, so also has a sensible side. Is it any good, though?...

The three letters at the end of Peugeot 508 PSE stand for Peugeot Sport Engineered. To get a sense of what that actually means, think AMG, M or RS – that’s right, the French brand now has a performance division.

Don’t expect big, burly V8s or highly strung turbocharged V6s, though; electrification will be key to all PSE models. So, on its own, the 508's 1.6-litre turbocharged four-cylinder petrol engine puts out a comparatively weedy 197bhp. However, an electric motor up front and another sitting between the rear wheels boost power to a far more impressive 355bhp.

That also means you get four-wheel drive, as you do with the more conventional Audi S4 Avant and BMW M340i Touring performance cars. 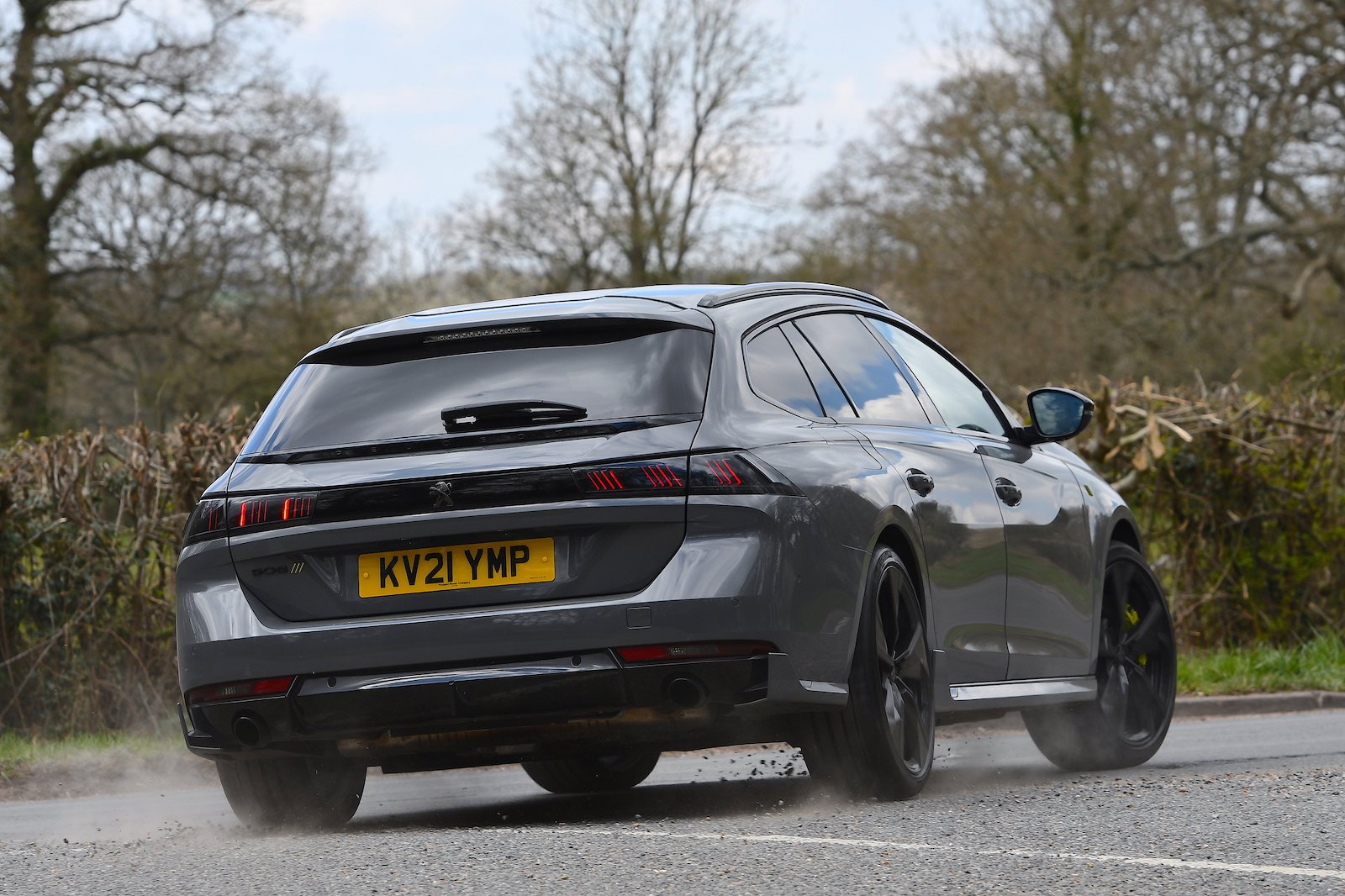 True, the Peugeot 508 PSE can't quite match the sub-five-second 0-62mph times recorded by those rivals, but 5.2sec is far from slow, and a sizeable battery gives it an official all-electric range of 26 miles and CO2 emissions of just 46g/km. So, with pace and efficiency seemingly on its side, does the 508 PSE represent the best of both worlds?

The 508 PSE starts in Electric mode by default. And unlike many plug-in hybrids (PHEVs), it can get up to 70mph easily enough even when you rely on the battery alone. Just bear in mind that if you make the most of its electric punch or spend a good chunk of your time on the motorway, you’ll struggle to get anywhere near its official range.

As for how quick the 508 PSE feels with both power sources working in harmony, that depends on the driving mode you've selected and the level of charge in the battery. However, go for Sport – which unleashes the full 355bhp – when plenty of volts are available, and the car responds sharply when you give the accelerator pedal a gentle squeeze.

It's when you push harder that things start to disappoint a little, with the gearbox fumbling noticeably before the car accelerates with pleasing but not explosive urgency (a BMW M340i pulls much harder at higher speeds). Meanwhile, if you ask for full power with a flat battery, it feels barely any quicker than a regular Peugeot 508 Hybrid. 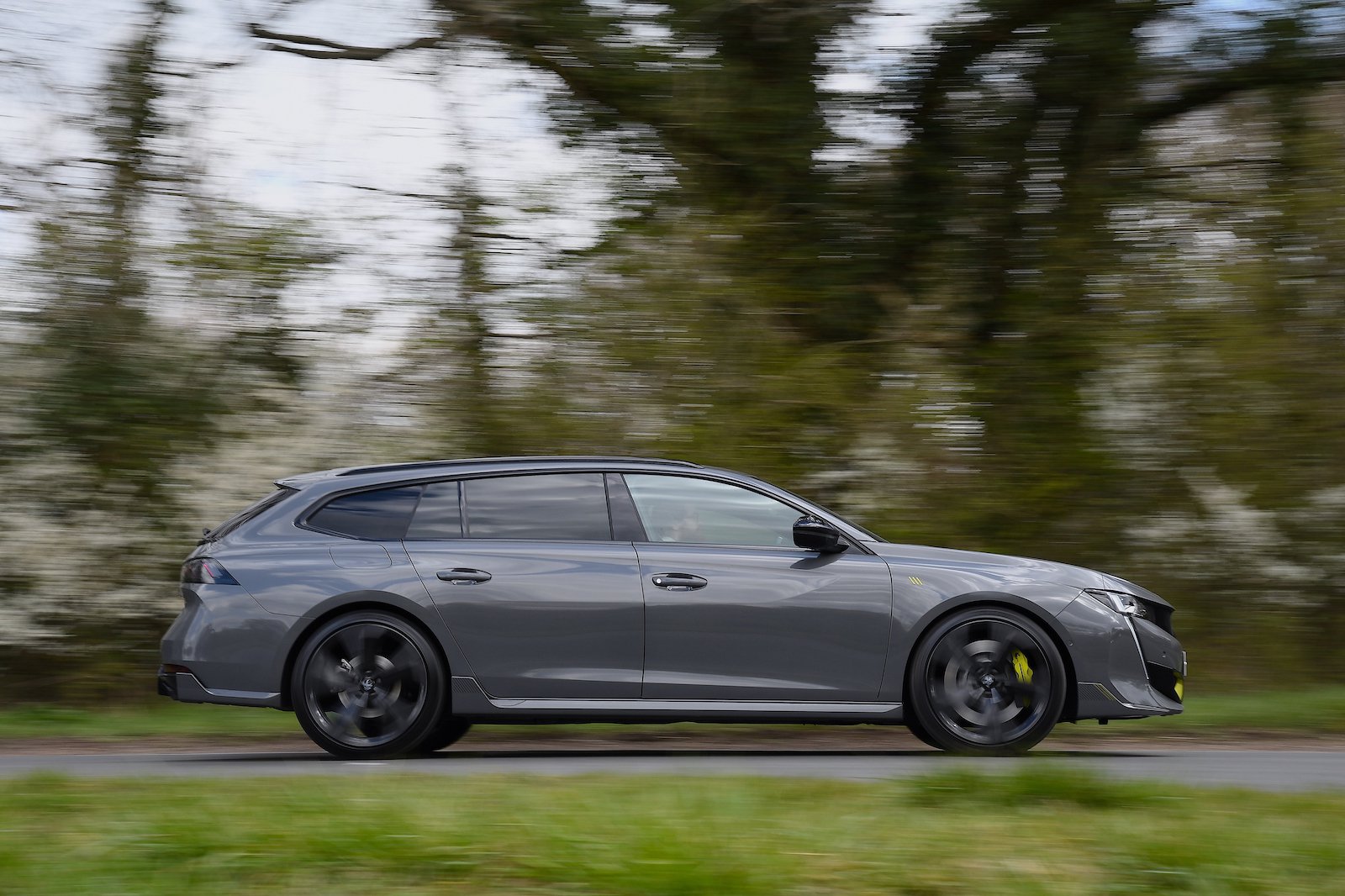 Surprisingly, though, despite coming on big, 20in wheels, the 508 PSE does feel more comfortable. We suspect that’s at least partly down to the adjustable suspension, which is fitted as standard and delivers a pleasingly supple ride when you select the well-named Comfort setting.

Heavily undulating country roads reveal a bit too much body float, but switching to Sport mode tightens things up appreciably without making the ride overly firm.

Sadly, even in Sport mode, the handling isn’t as entertaining as the BMW 330e plug-in hybrid's, let alone that of the M340i, which Peugeot sees as a rival. And while the potent rear electric motor helps to drive the car out of tight bends, and the steering lets you place the car accurately, the 508 PSE always feels more nose-led and nose-heavy than the Audi S4.

Even if you slow things down to make the most of the comfort, coarse surfaces generate plenty of road roar and the hybrid system can struggle to juggle all its power sources at times. The Volvo V60 T6 plug-in hybrid is a more refined option, albeit one with a less overtly sporty character. 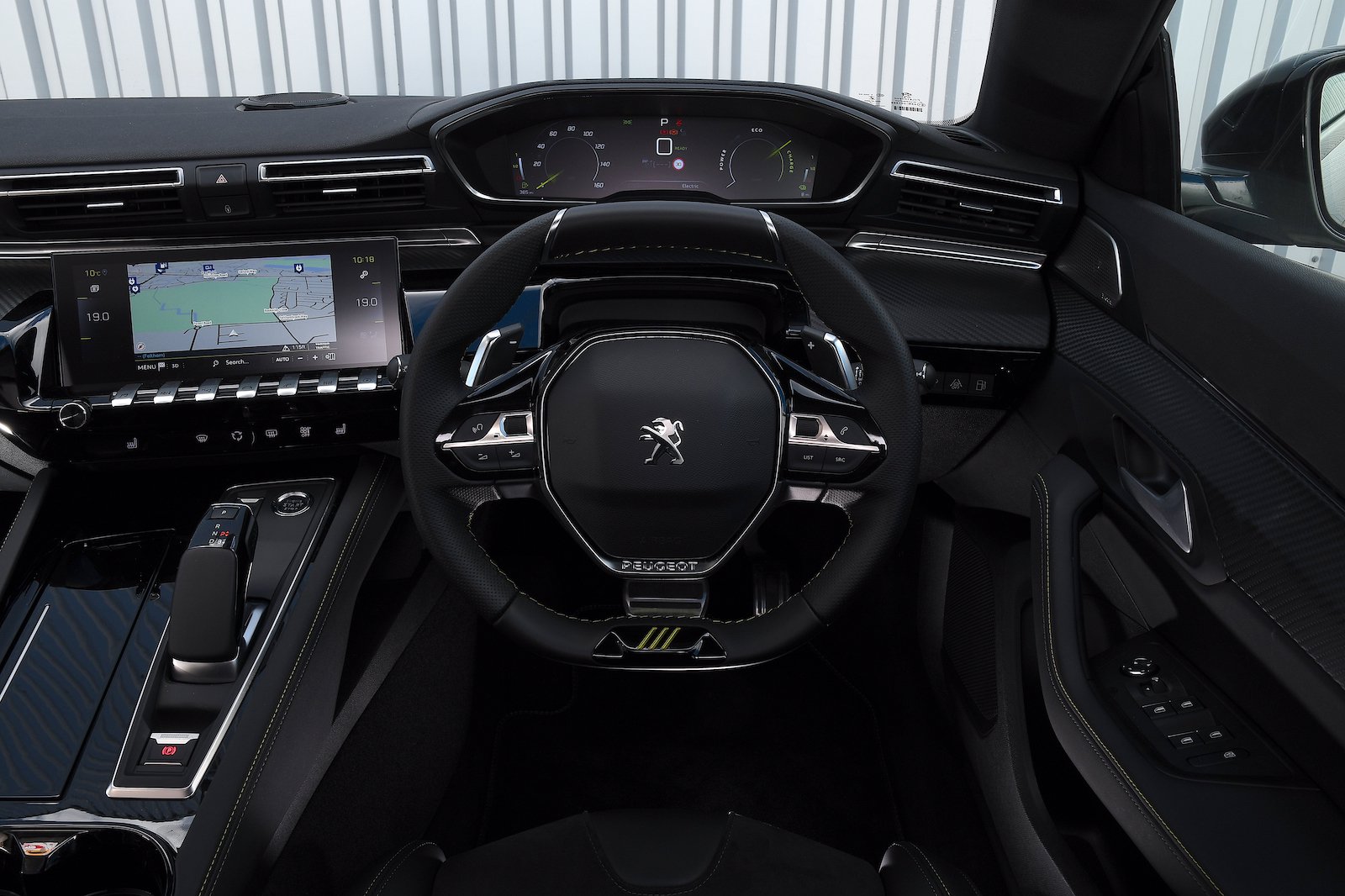 As with the rest of the Peugeot 508 SW range, the PSE’s interior is attractively styled. Plus, you'll find a good spread of squishy plastics on the dashboard and front doors, along with some appealing metallic highlights and glossy trims. However, the S4, M340i and V60 T6 feel even plusher, and their digital displays are crisper

On the other hand, like the V60 – but unlike plenty of other plug-in hybrids – boot space isn't compromised by the need to fit the battery beneath the floor. In fact, the two cars are incredibly closely matched here, with the the 508 offering a 530-litre capacity and the V60 529 litres.

If you want to know more about space for luggage and people, or more detail on the interior and infotainment system, have a look at our main Peugeot 508 SW review.