Business in the front, party in the back isn’t just a way of describing hairstyles you might find in certain states of the USA, it’s also a way to describe the new Porsche Taycan Cross Turismo. From the front, this is the same all-electric car we know and love – indeed, we recently named the Taycan our Performance Car of the Year – but cast your eyes to the rear end and its estate car lines make the Cross Turismo a very different animal.

That redesigned rump provides more head room for rear-seat passengers, as well as a boot that should be easier to load bulky items into than that of the regular Taycan. A family’s holiday luggage shouldn’t pose any problems, and the rear seats can fold down to create even more space if needed. The rival Tesla Model S can take even more inside with its rear bench folded flat, though. 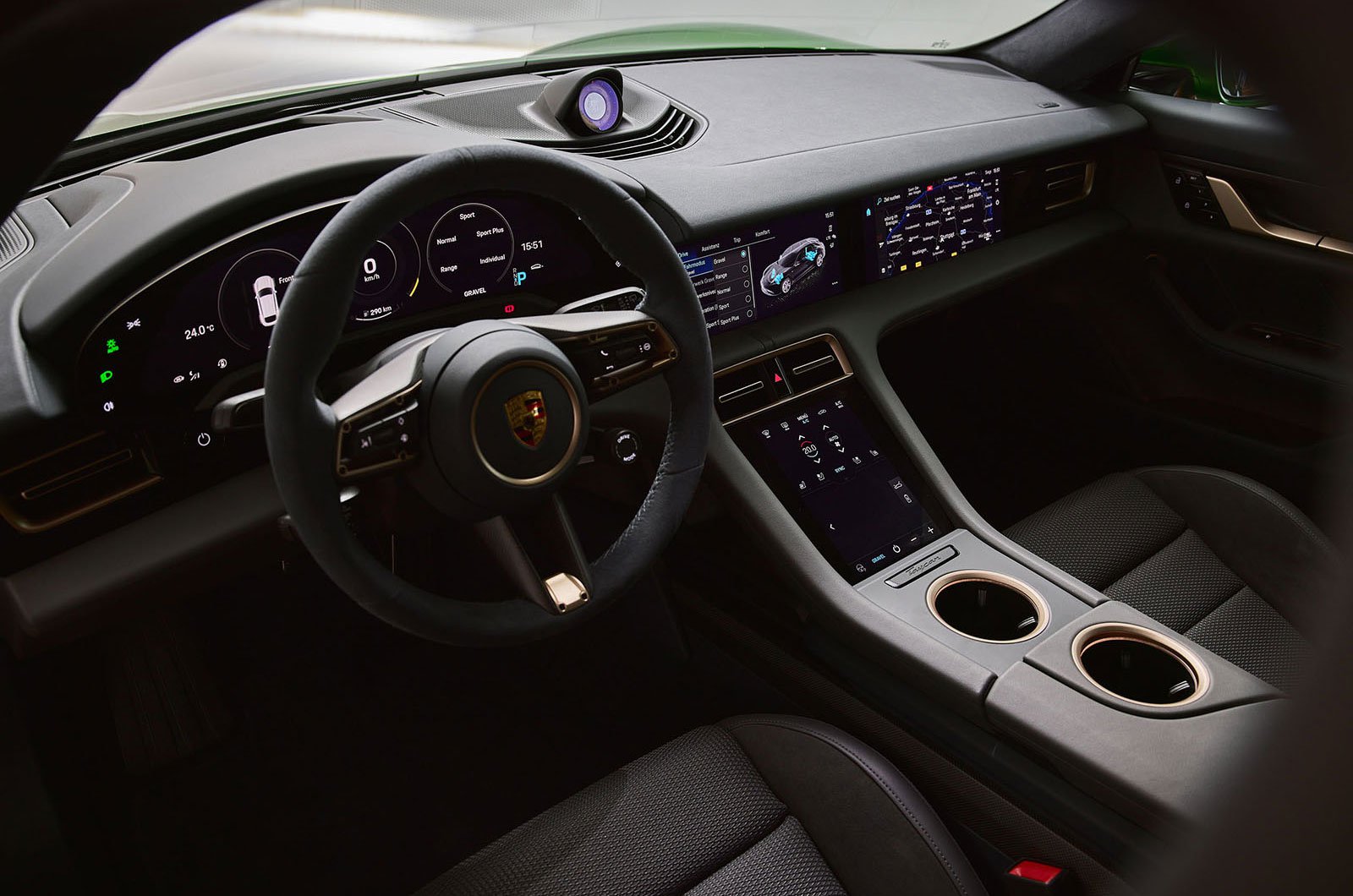 The Taycan Cross Turismo is available in the same 4, 4S, Turbo and Turbo S forms as the regular Taycan, and each version comes with Porsche’s Performance Battery Plus 93.kWh battery pack and two electric motors. None are slow; even the entry level Taycan 4 Cross Turismo generates 375bhp and can hit 62mph in 5.1sec, while the 4S drops that time to 4.1sec and ups power to 483bhp.

As for the Turbo and Turbo S, both have a mind-altering 617bhp to call upon, the latter being able to hit 62mph in just 2.9sec thanks to its powerful overboost and launch control function, which offers up 751bhp for short stints. In the Turbo, this feature offers up 671bhp. In any case, the Turbo S will get you to 62mph faster than all but the most powerful versions of the Model S. The Cross Turismo has an official range of between 241 to 283 miles depending on which version you choose, and every model has four-wheel drive as standard, should you want to do some light off-roading. 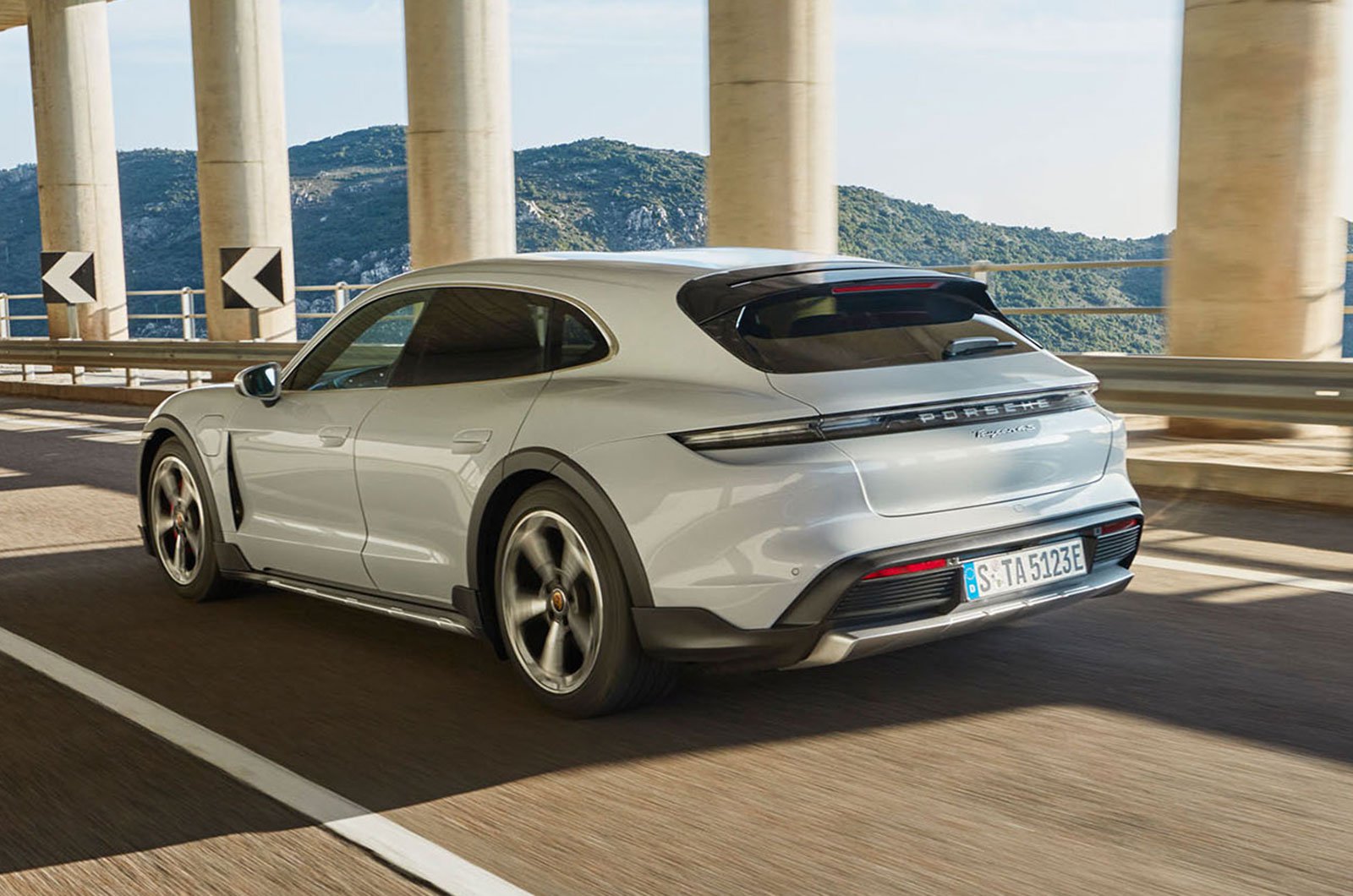 Supporting the notion that the Cross Turismo can tackle Tarmac and trails in equal measure is the fact that it has 20mm extra ground clearance than the standard Taycan, and can ride 10mm higher still if you choose the optional off-road package. The latter also lends the car an even beefier look and affords extra protection from stone impacts and such. Also optional is a special rear-mounted carrier for up to three bikes, adding to the Cross Turismo’s adventurous air.

You’ll pay a substantial premium for choosing the Taycan Cross Turismo over the regular Taycan; prices start from £79,340 for the 4 and rise to £139,910 for the Turbo S. That makes it cheaper than a Model S, and competitive next to the recently launched Audi E-tron GT.