One-upmanship is big business. That’s why car makers will often launch sportier, faster variants of a new model soon after it goes on sale. They’re usually accompanied by a new moniker (think GTI, GTC, ST, RS etc) to tell the world you’ve not just got the new thing – you’ve got the fastest, most expensive version of the new thing on your street. Welcome, then, to the new Volkswagen ID.4 GTX – an electric SUV guaranteed to have your neighbours’ curtains twitching. 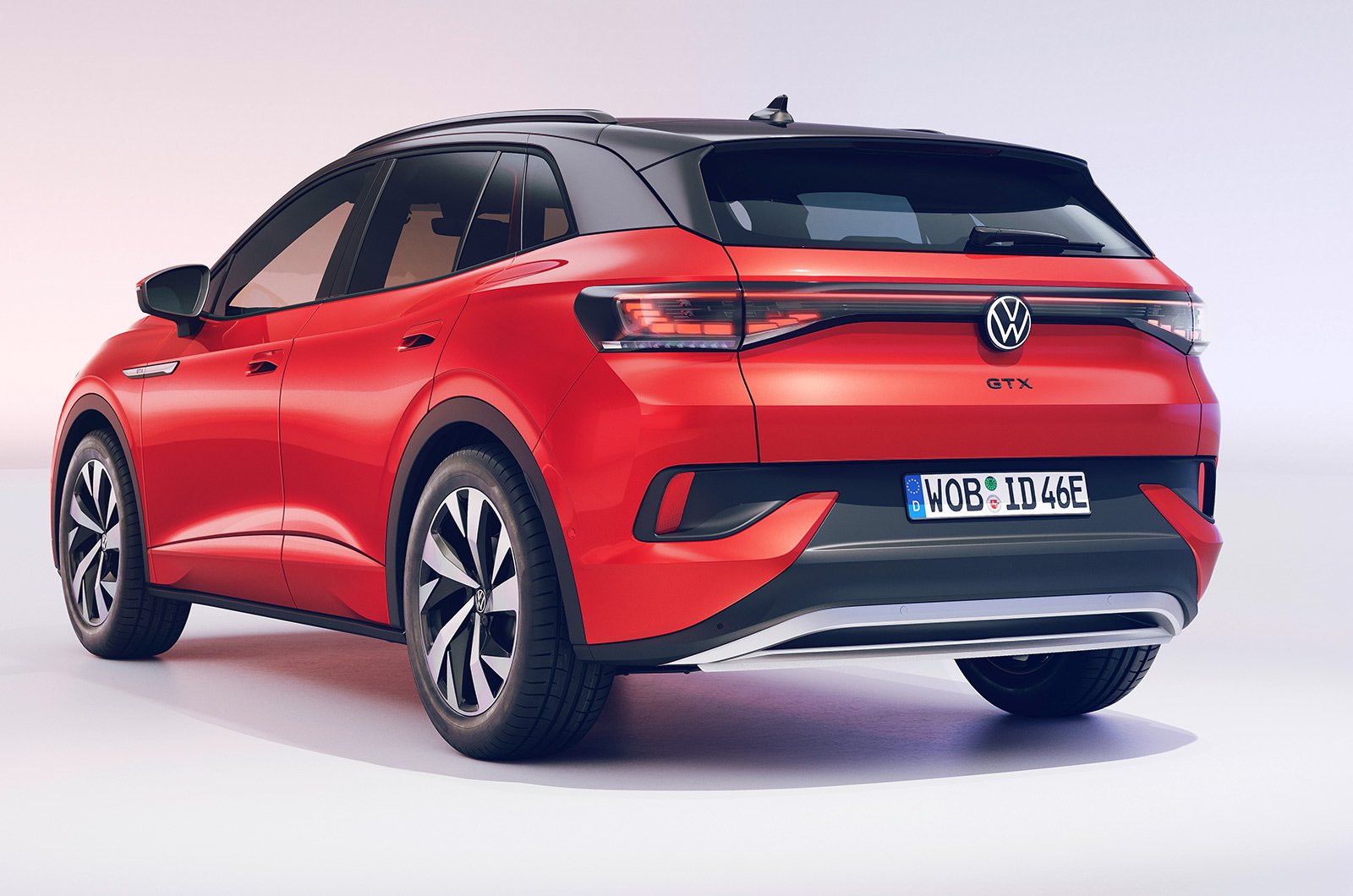 Let’s start with the important bit: performance. While the only ID.4 you can buy right now comes with a single 201bhp electric motor driving the rear wheels, the GTX is all-wheel drive, with two motors (one for each set of wheels) producing a combined 295bhp. It can reach 62mph in 6.2sec, which is 0.6sec slower than the rival Ford Mustang Mach E in Standard Range four-wheel drive form, but substantially quicker than the regular ID.4.

As with the standard car, the GTX’s power comes from a 77kWh battery pack, which allows for an official range of up to 298 miles between charges (further than the Mach E and the Tesla Model 3 in Standard Range Plus guise). Also like the regular ID.4, it can charge at rates of up to 125kW, meaning a 10-80% charge can be done in about 36 minutes if you can find a powerful enough charging point. 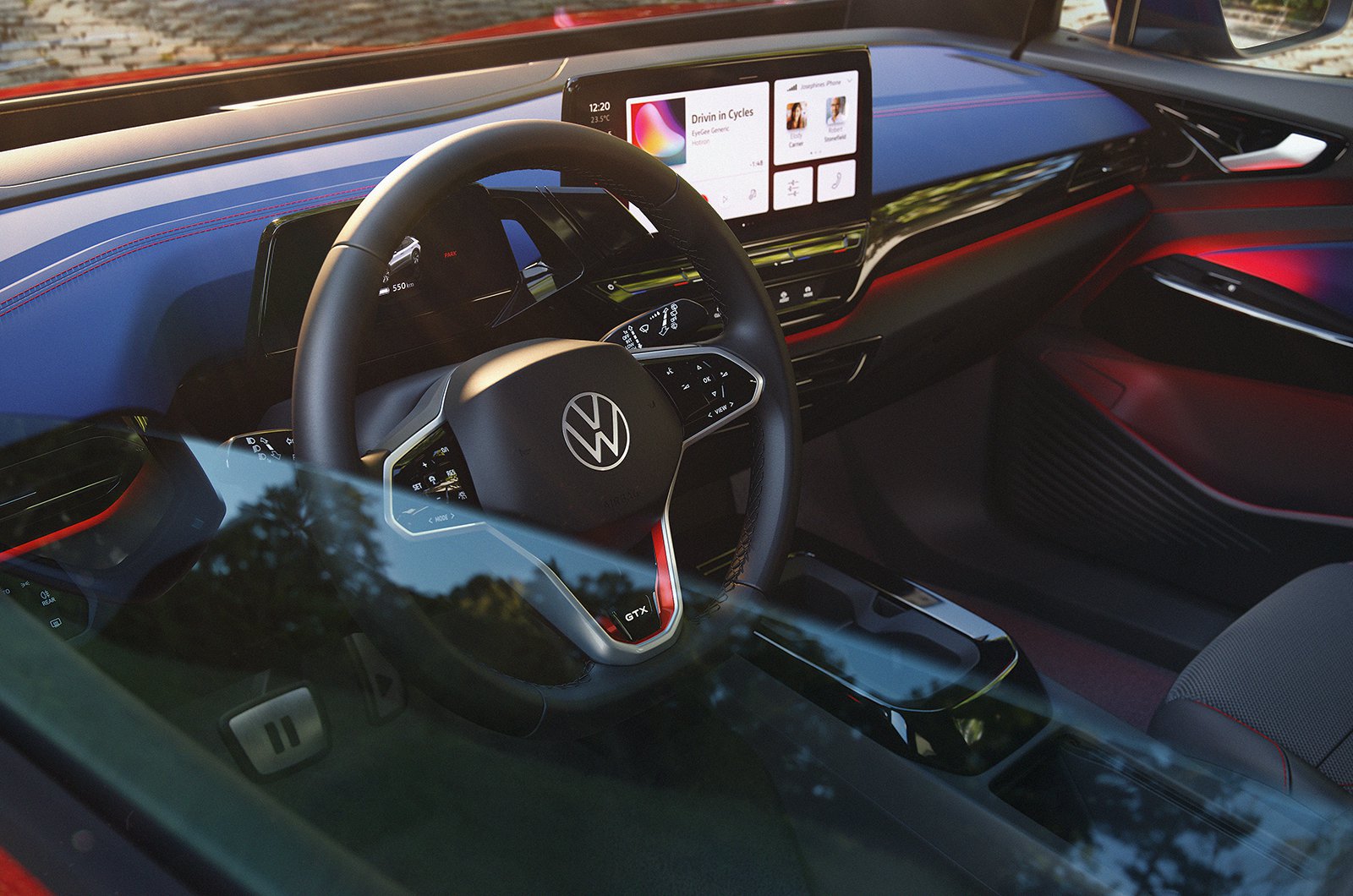 Naturally, the GTX looks sportier than its less high-powered stablemate, with extra lights in its front air vents, matrix LED headlights, new LED light clusters at the back and a new rear bumper design. Buyers who choose the optional Sports package can have their car lowered by 15mm and upgrade the steering so it becomes more direct the further you turn the wheel. The optional Sports Plus package brings adaptive dampers that let you tailor it to suit various road conditions.

You won’t notice many changes inside the ID.4 GTX beyond some additional badging, and it features the same 10in touchscreen infotainment system and 5.3in digital instrument cluster as the regular car. There’s no change in space for passengers or luggage, either, meaning it will be just as accommodating for your family and their belongings as the regular ID.4 – that is to say, very. As an option, you can choose sportier seats that will hold you in place better through fast corners. 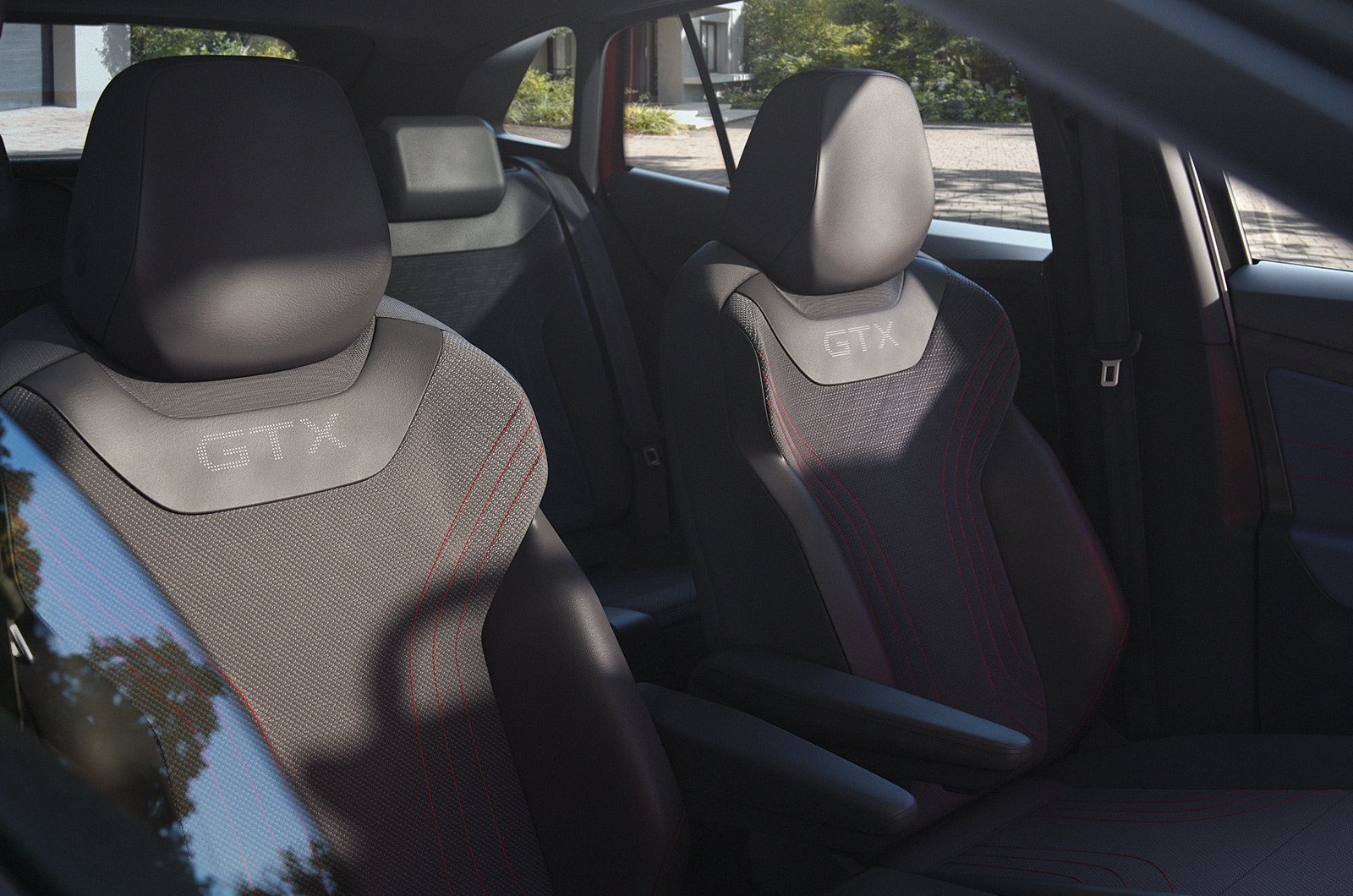 There’s no official word on pricing yet, but given the GTX’s range-topping status, we’d expect a starting price of close to £50,000. That means this ID.4 will be more expensive than the Mustang Mach-E and Model 3 we mentioned earlier.

Volkswagen says the GTX name will be used in a similar way to the GTI moniker to denote faster versions of its electric cars, so expect to see more ID-badged GTX models before long. We already know a faster version of the ID.3 hatchback is being prepared, but there’s a whole host of other ID models on the way too. 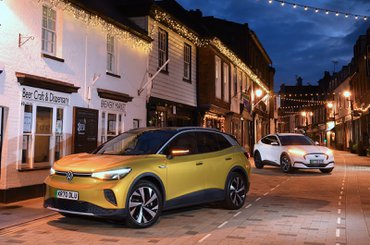