It’s always a bit hit or miss when an American brand tries to crack the UK market. Supermarket chain Best Buy set up shop here in 2010 but pulled out a year later after failing to win over British buyers. At the other end of the scale, you only need to count how many of us carry an Apple phone, watch or tablet each day to see how successful US products can be here. That’s where this new Jeep Grand Cherokee comes in – it’s as American as apple pie or Joe Biden, but is vying for the attentions of UK shoppers.

With bolder, more aggressive styling than the previous Grand Cherokee, as well as larger exterior dimensions and more space between its wheels, there’s no mistaking this latest Jeep for a shrinking violet. 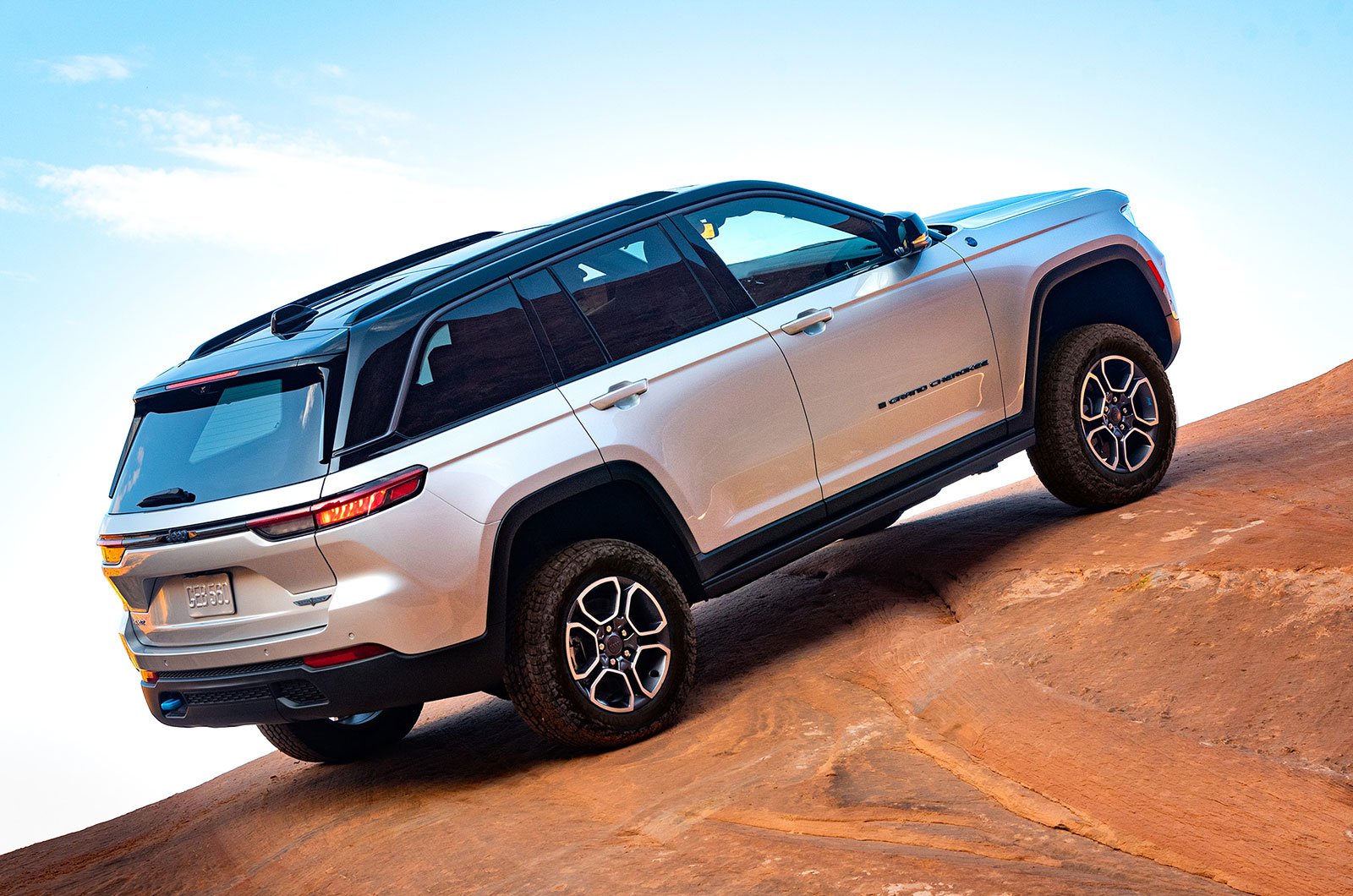 Key to broadening the Grand Cherokee’s appeal in the UK is the introduction of a new plug-in hybrid version called the 4xe. It mates a 2.0-litre petrol engine with an electric motor for a combined power output of 370bhp and has a 17kWh battery pack. According to official figures, the 4xe is capable of travelling up to 25 miles without using a drop of petrol and delivering fuel economy of 57mpg. An eight-speed automatic gearbox comes as standard. 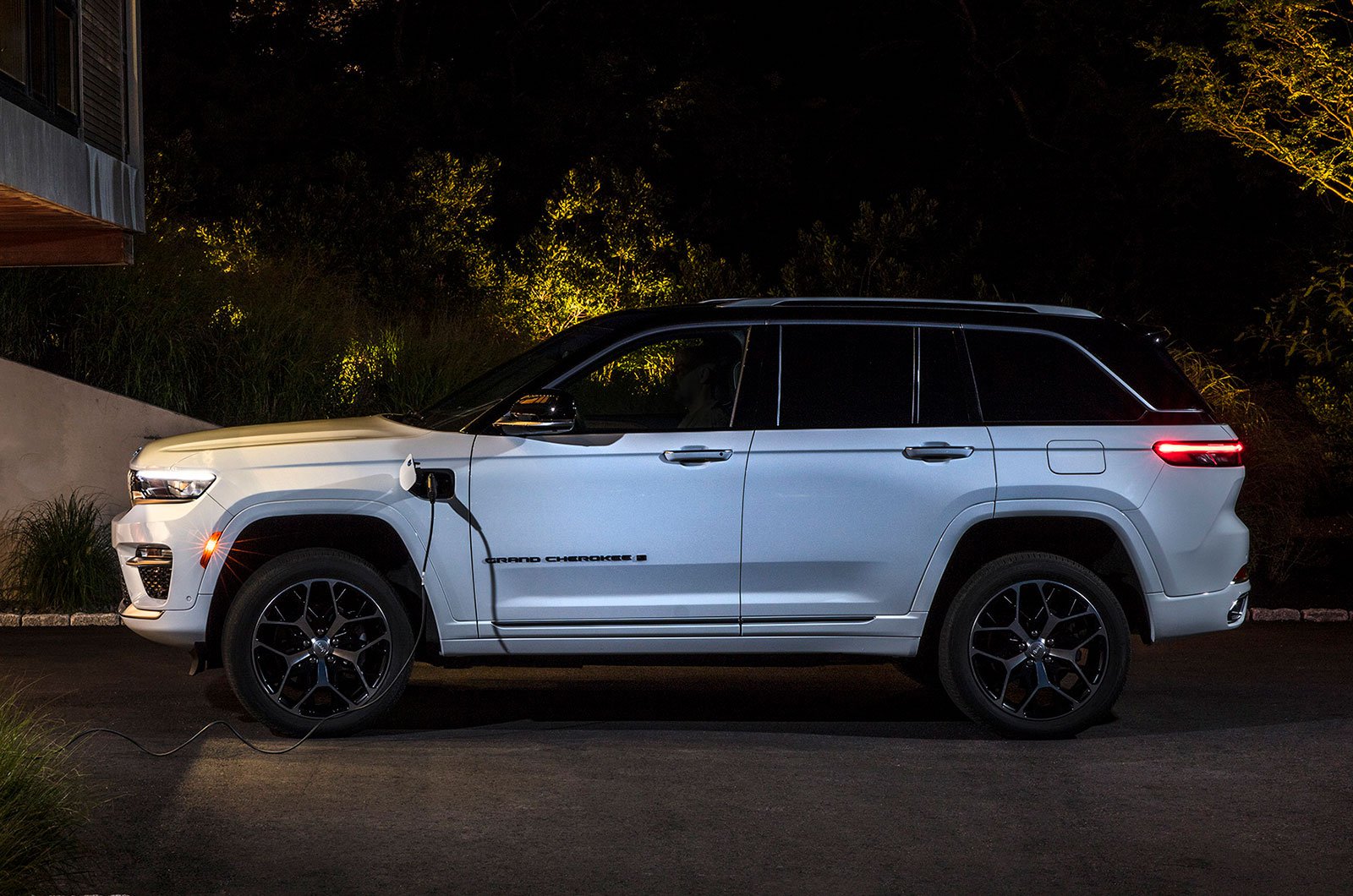 This version of the Cherokee is intended to perform just as well off road as other Jeep models, wading through rivers up to 24in deep and gaining up to 11.3in of ground clearance thanks to its adjustable air suspension. Buyers can select driving modes designed to save battery power, run on electric power for as long as possible or mix them for maximum efficiency.

If you’re hoping for a fully electric Jeep, you won’t have long to wait – the company has confirmed that it will be selling one in every SUV segment by 2025. American buyers of the Grand Cherokee will have the option of a 289bhp 3.6-litre V6 petrol engine or a 352bhp 5.7-litre V8, but it’s not confirmed whether those will be offered here. 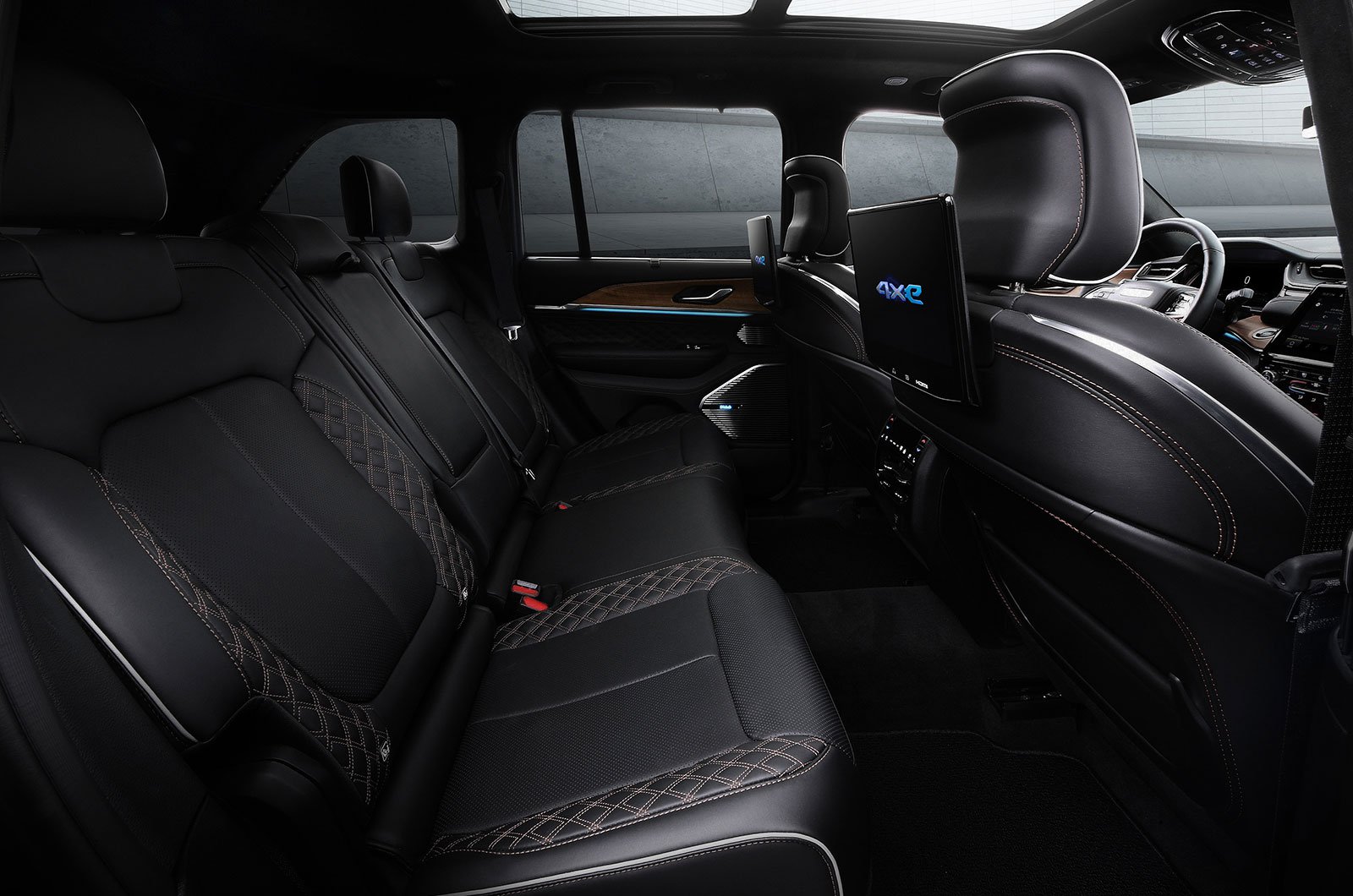 Inside the Grand Cherokee, you’ll find a new 10.1 touchscreen infotainment system, as well as a separate 10.25in screen for the front passenger to use. A third 10.1in screen sits in front of the driver and replaces traditional instruments. You can also opt for rear screens that can show video content via Amazon’s FireTV service.

It also offers customisable ambient lighting, wireless connections for Apple CarPlay and Android Auto, and a wireless charger for your mobile phone.

The old Grand Cherokee was one of the more spacious large SUVs for people and luggage, and this new version has grown in all directions, so fitting in your family and all of their stuff shouldn’t be a problem. 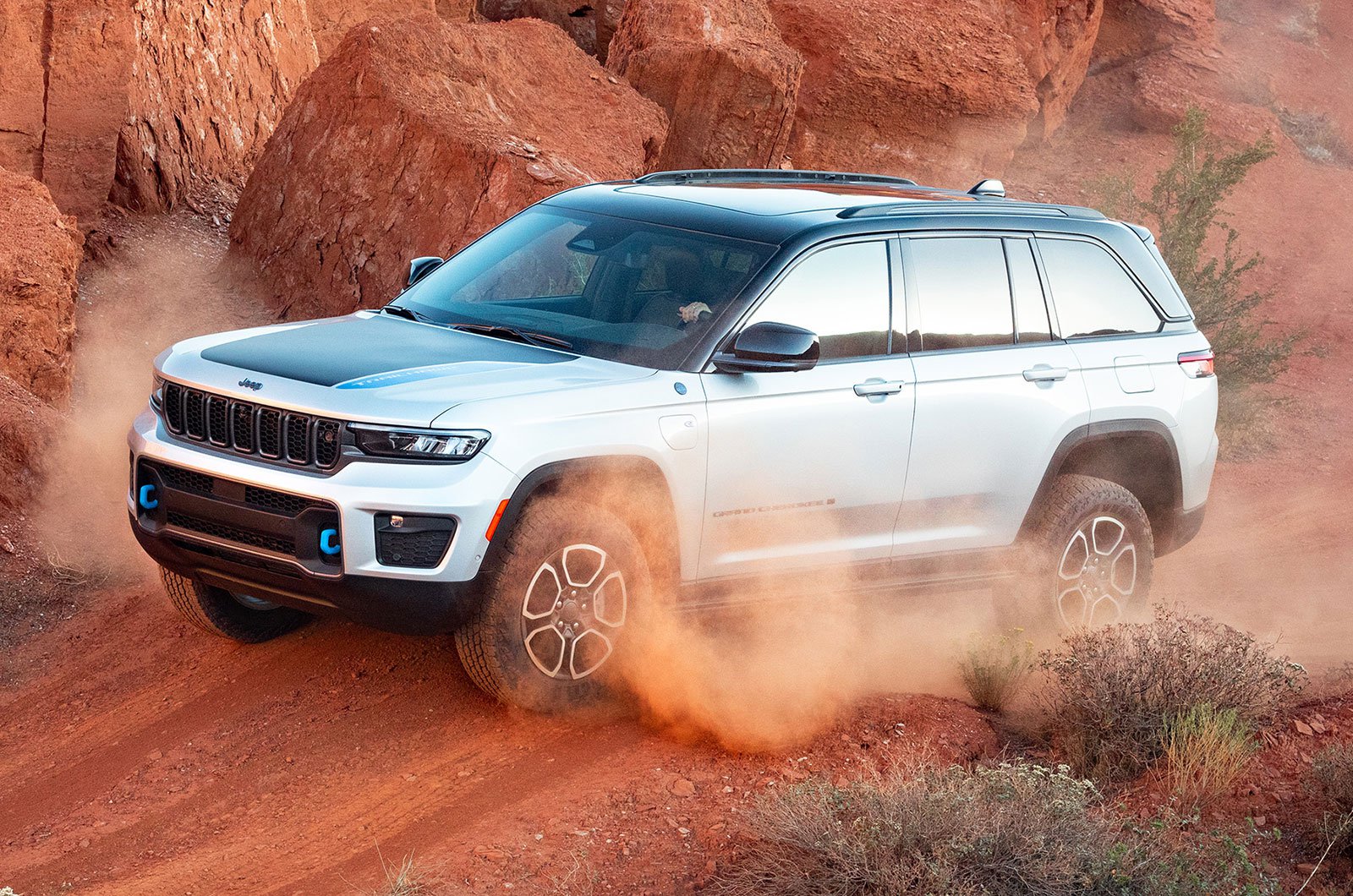 There’s no word on pricing yet, but the old Grand Cherokee was positioned in the luxury SUV class, and against rivals including the BMW X5, Audi Q7 and Range Rover. If this new model fits into the same category, expect a list price of at least £45,000. Within the Jeep range, that would make the Grand Cherokee significantly more expensive than the current Compass but not as pricey as the off-road-oriented Wrangler.

Next: The best and worst luxury SUVs >>