More for you |
Every 5-star car on What Car?Used test: Maserati Levante vs Porsche MacanNew issue of What Car? magazine on sale nowMost and least reliable small SUVsRevealed: the car makers whose discounts have got bigger since lockdown
Home
News
3000 vehicles at 'car-free' Olympics
news 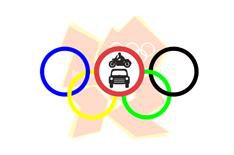 Londons bid to make the 2012 Olympic Games car-free is being undermined because dignitaries, officials and corporate sponsors are demanding 3000 chauffeur-driven vehicles.

The cars have been requested for use by the International Olympic Committee, despite the fact that the anticipated eight million spectators will be told they can arrive by public transport only.

The vehicles will have access to a network of dedicated lanes, which will be closed to other traffic for up to two months. Up to 3000 sets of traffic lights will also be adjusted to ensure that the IOCs fleet has stress-free access to all of the Olympic venues.

Jenny Jones, a Green member of the London Assembly, said she was writing to each IOC member and national Olympic Committee asking them to sign a pledge to use public transport rather than cars.