More for you |
Every 5-star car on What Car?Used test: Maserati Levante vs Porsche MacanNew issue of What Car? magazine on sale nowMost and least reliable small SUVsRevealed: the car makers whose discounts have got bigger since lockdown
Home
News
Automatic cameras cut road tax evasion
news 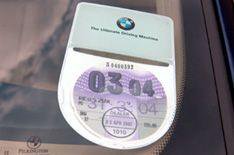 Automatic Number Plate Recognition (ANPR) cameras are being credited with a dramatic fall in the number of motorists evading road tax.

Driver and Vehicle Licensing Agency (DVLA) figures released today show that an estimated 98.5% of road tax was collected in 2007. However, the 1.5% shortfall still amounts to about 79 million.

Although the DVLA refuses to compare this percentage with figures from previous years, when ANPR cameras weren't used, estimates from five years ago suggested 95.5% of tax was collected, representing a 200 million shortfall.

Transport Minister Jim Fitzpatrick said: 'Using ANPR technology gives us a much clearer picture of the level of road tax evasion. I am pleased to see that this survey indicates a low level of evasion - the DVLA is working hard to tackle road tax evasion.

'However, there is no room for complacency and we will be increasing the pressure on those who fail to properly license their vehicles. There is no way out for road tax evaders.'

However, just two weeks ago, the House of Commons Committee of Public Accounts slammed the Department of Transport (DfT) and the DVLA for not doing enough to combat road tax evasion.

Edward Leigh, the committee's chairman, said: 'The DfT and the DVLA are losing ground in their fight against road tax evasion, and the DVLA's performance in tackling persistent evaders has been poor.'