We put a selection of cars to the test to see how many of them can accommodate three child seats both comfortably and safely...

Until recently, MPVs were the default choice for families, because they were tailor-made for kids, with lots of drink holders, large door bins and fold-out tables. Many also have storage bins under the floor that are great for tucking valuables out of sight, but these make it unsafe to use a child car seat with a support leg that stands on the car floor, so be careful not to combine these two features. 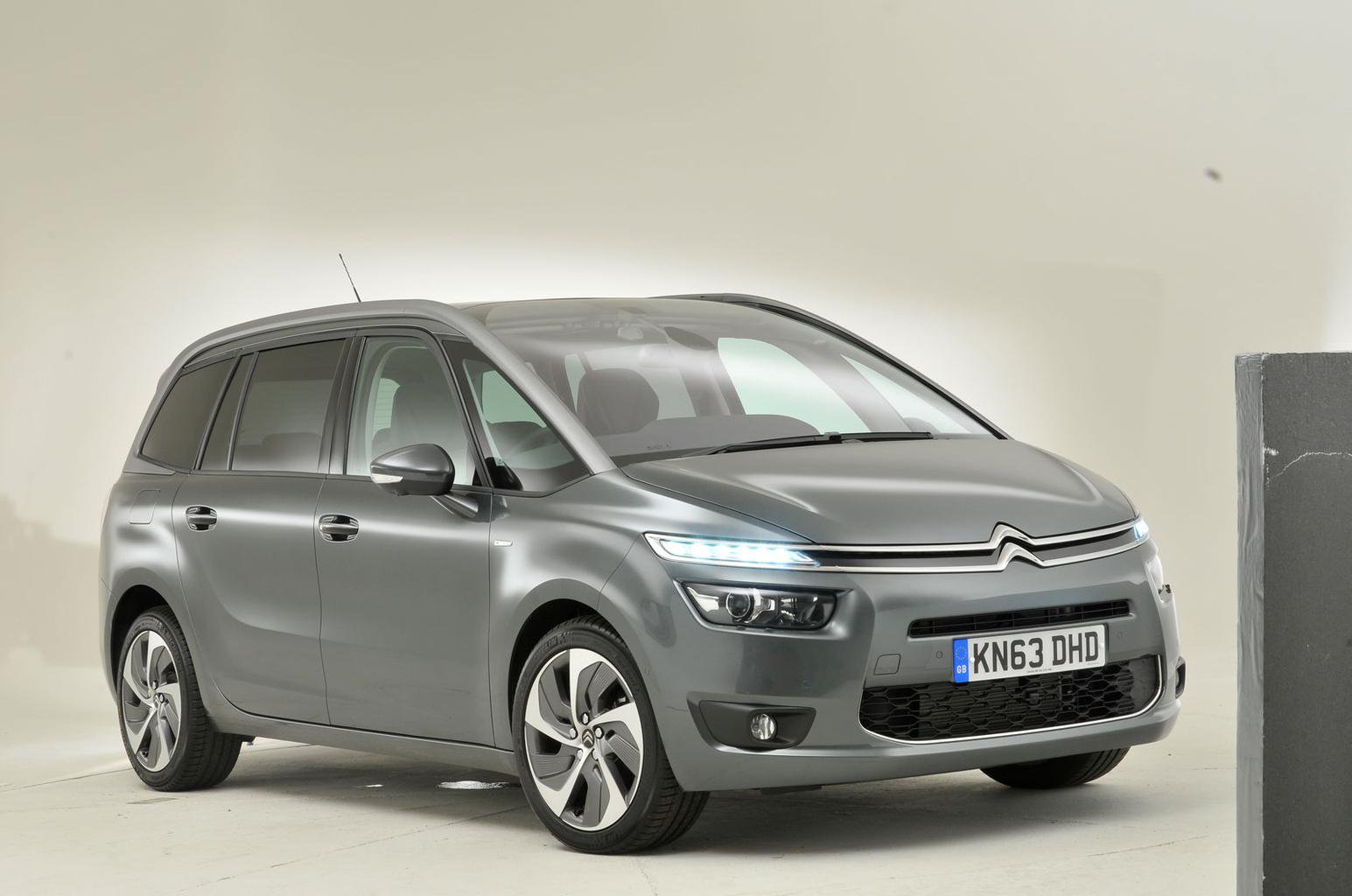 For many years, Citroën’s forte has been making practical family cars, and the Grand C4 Spacetourer follows the trend set by its predecessors. It comes with seven seats and three separate second-row pews with Isofix points.

It was easy to fit all three child seats across the middle row, and we could slide the two outer seats back to create more space.We couldn’t secure the larger child seats in the rearmost seats, because they don’t have Isofix mountings. However, seatbelt-secured seats would fit and wouldn’t encroach too much on leg room for second-row passengers.

Get a discount on a Citroen Grand C4 Picasso with What Car?'s New car deals 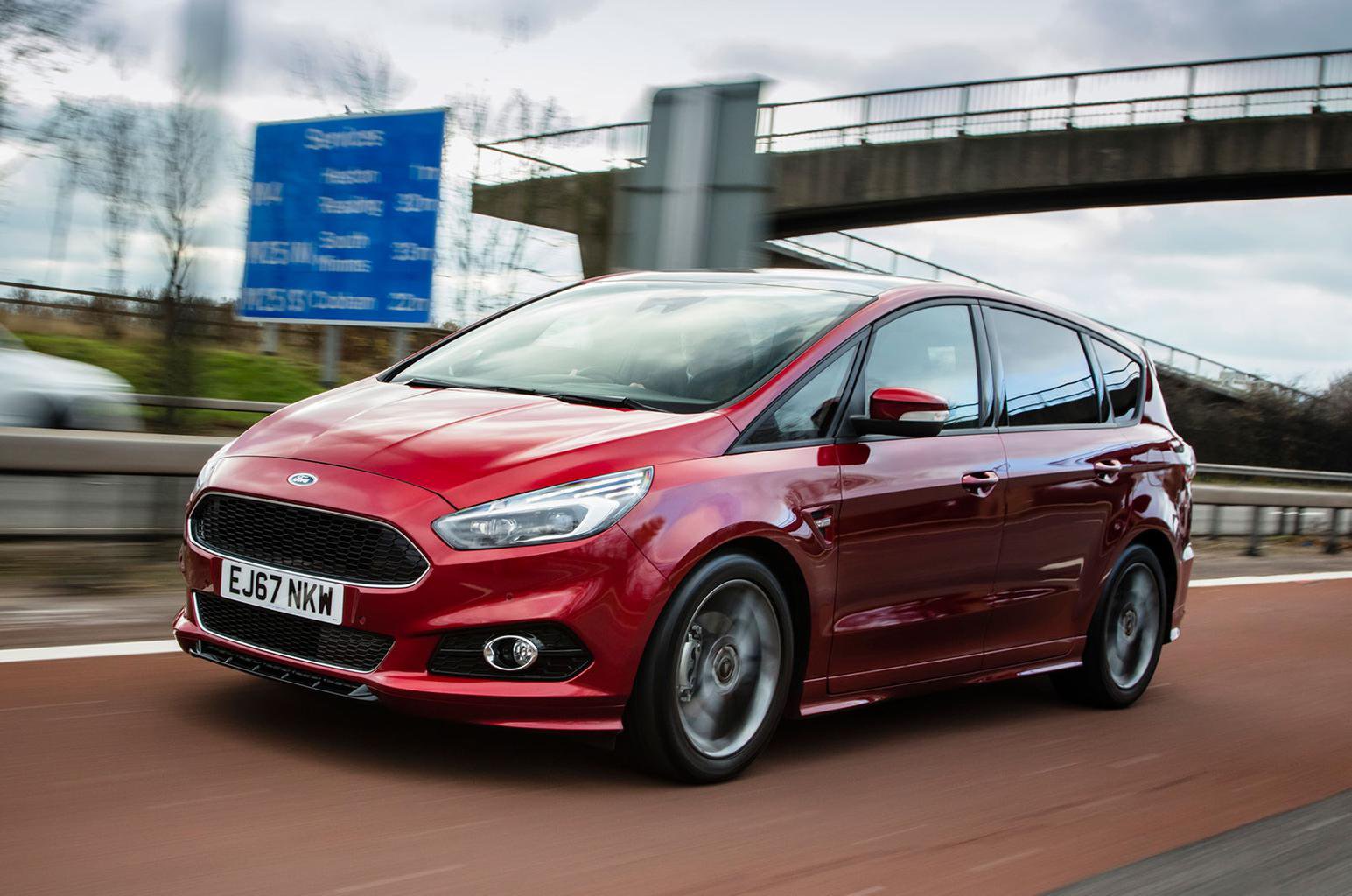 Buying an MPV doesn’t mean you have to sacrifice looks or handling; the S-Max combines practicality with an appealing exterior design, and it feels far more like a hatchback to drive.

However, that sleeker design makes it less of a family wagon than the larger Galaxy, with which it shares many parts. We could fit only two of our child seats in the second row and, without Isofix points in the third row, we couldn’t fit the two larger seats there to free up space in the second row.And putting different child seats in the third row would compromise leg room for those in the row ahead.

Save money on a Ford S-Max with What Car?'s New car deals 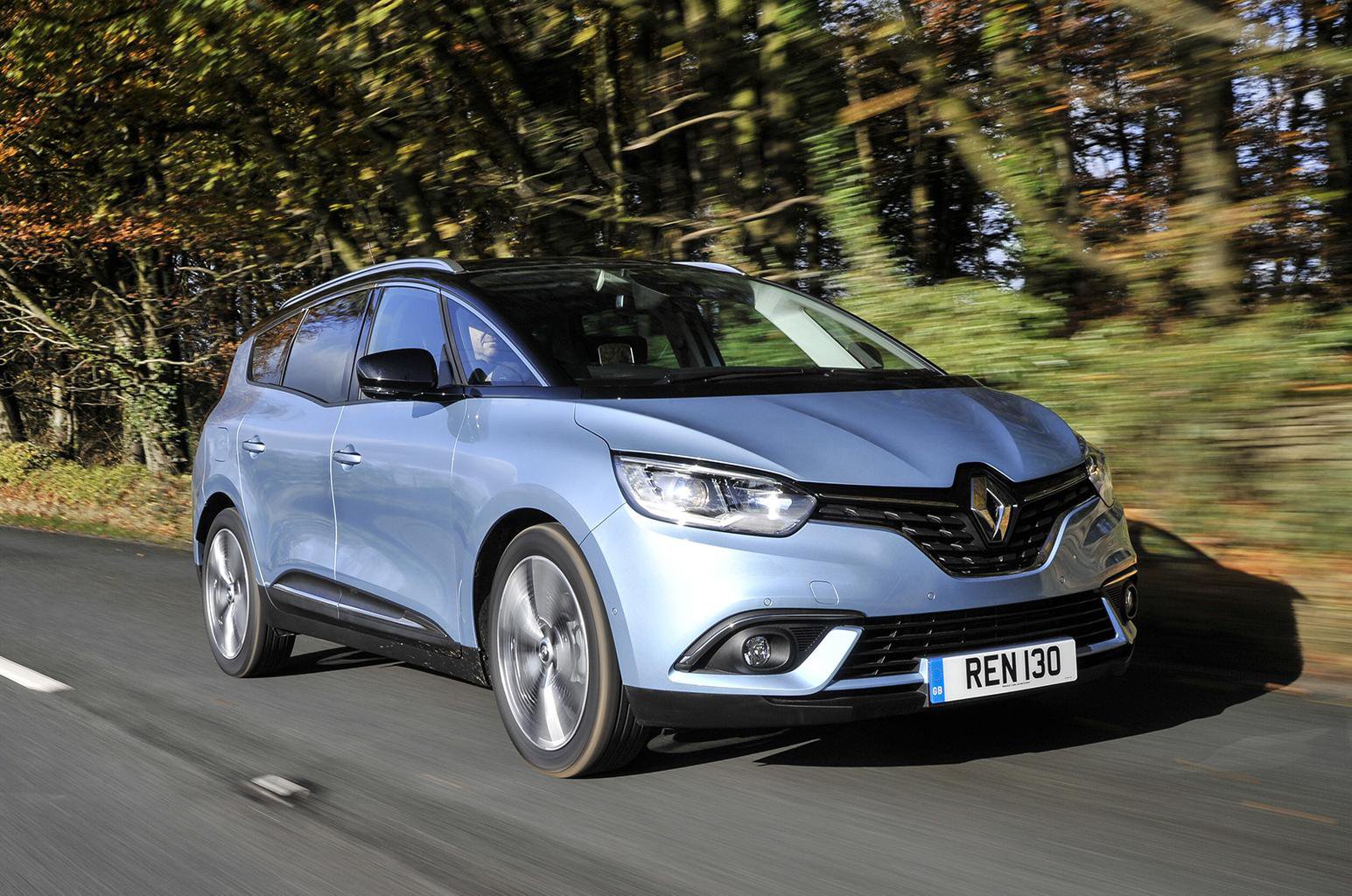 Despite the ‘Grand’ in its name, the Renault is not in the same league size-wise as the Seat Alhambra, and that shows in its lesser ability to transport large numbers of children. It does offer seven seats and plenty of pull-out tables and handy storage compartments, though.

In our test, the second row of seats wasn’t quite wide enough to take all three seats, and without Isofix mountings in the third row, we couldn’t utilise those seats for our bigger seats.When we put the older children in both the second and third rows, leg room was limited, although head room was reasonable.

Buy a Renault Grand Scenic for less with What Car?'s New car deals 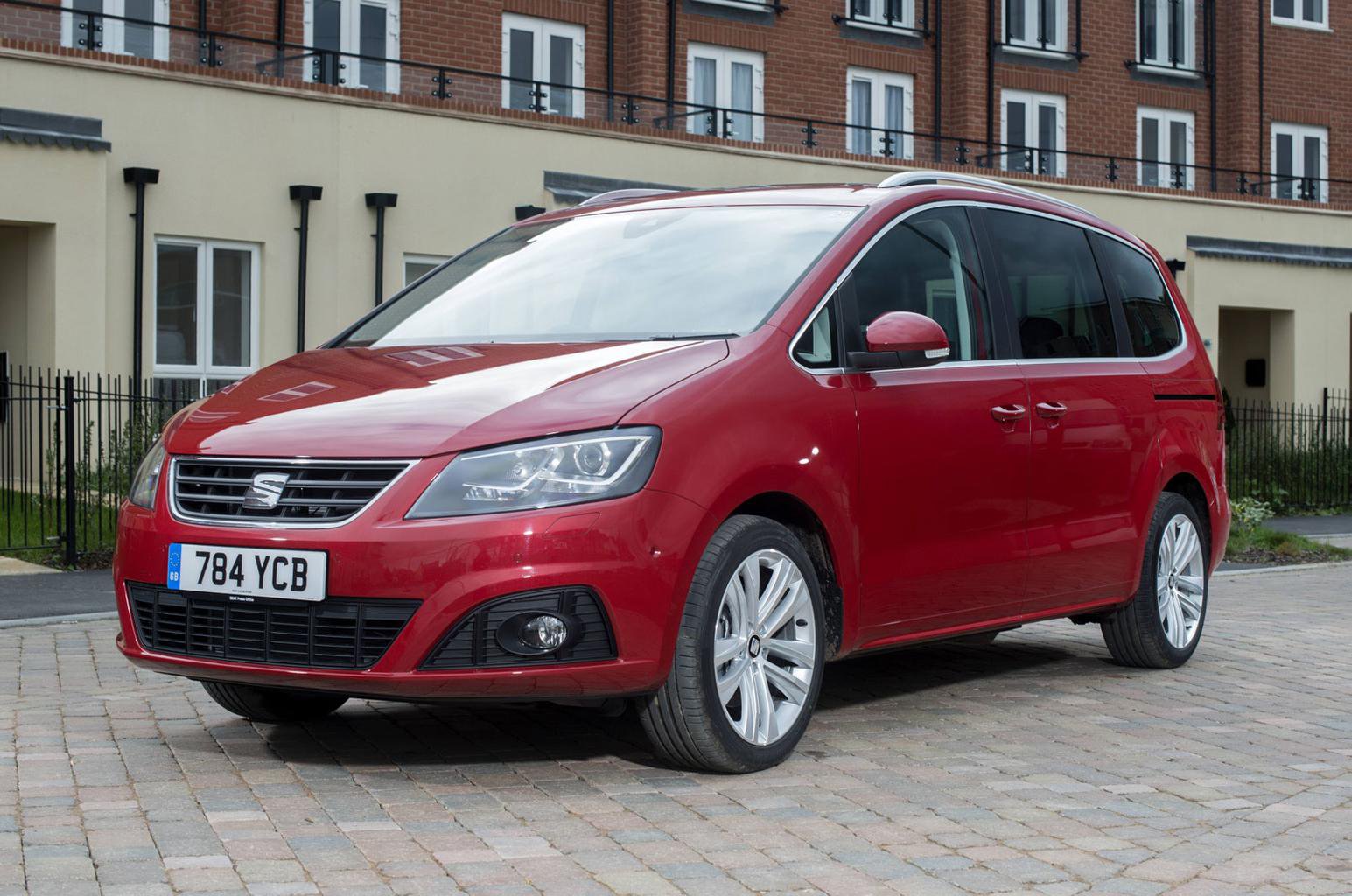 Seat’s take on the Volkswagen Sharan is a capacious, old-school MPV that’s roomy enough to accommodate seven full-grown adults and a decent amount of their luggage.

As you’d expect from a traditional MPV, there are pull-up tables and cupholders galore. It was no surprise, then, that we could fit all three child seats into the second row.We could also opt to put the two larger seats in the third row, because the Alhambra has Isofix points back there, too. You can expect similar levels of space and practicality if you opt for the Sharan.

Find out how much you could save on a Seat Alhambra with What Car?'s New car deals 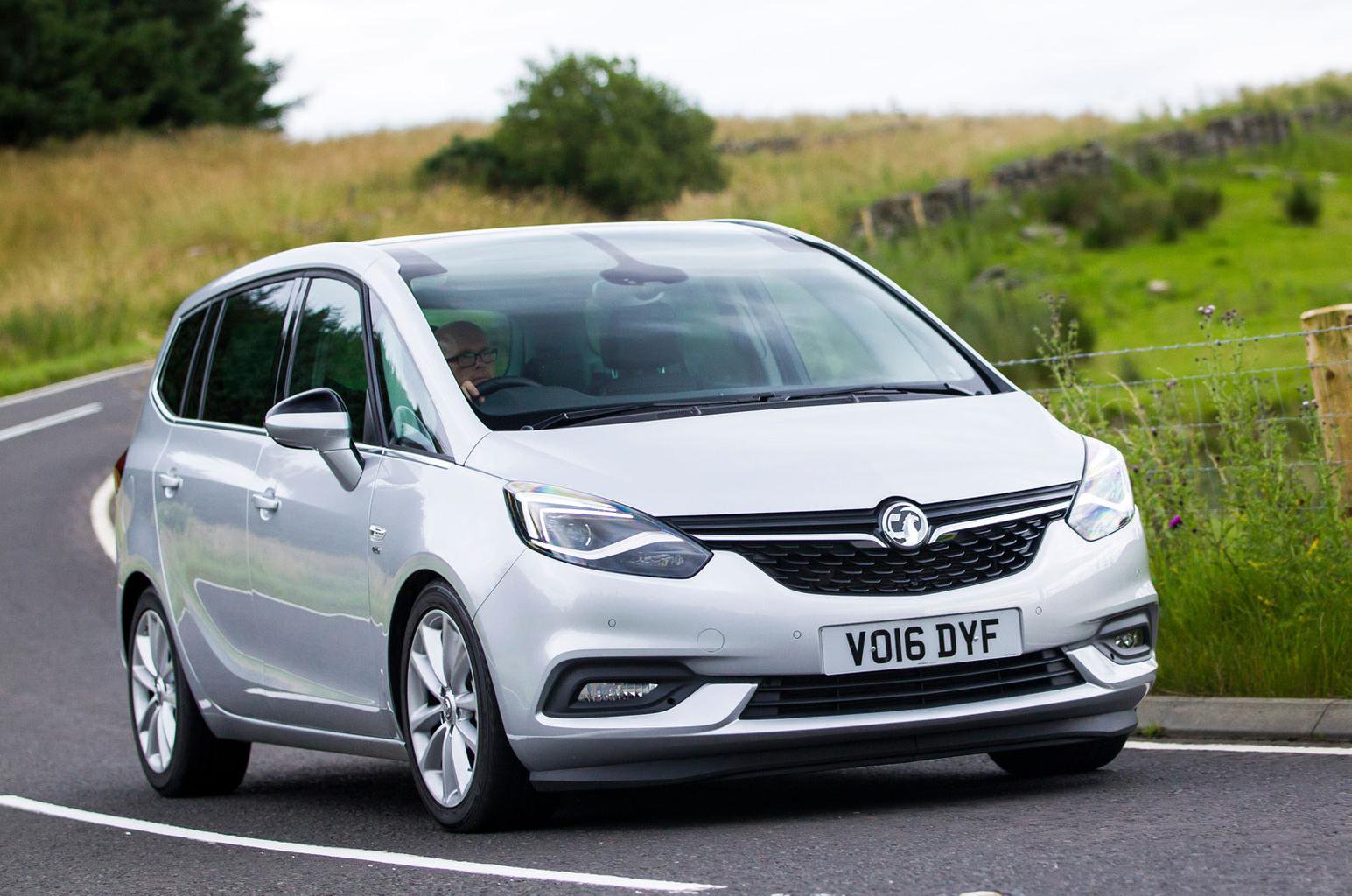 The Zafira Tourer is our favourite MPV for less than £22,000 because it’s massively spacious and staggeringly good value for money. It also provides plenty of storage cubbyholes for passengers and is better to drive than lots of its rivals, including the Citroën Grand C4 Picasso.

However, we were only able to use the two outer seats in the second row because Vauxhall states that child car seats should not be used in the central seat. The Zafira also didn't give us the option of being able to transfer the two larger seats into the third row because there are no Isofix mountings back there. So, despite its spacious interior, the Zafira isn’t quite as adaptable as some other MPVs in this test.

Get a discount on a Vauxhall Zafira Tourer with What Car?'s New car deals 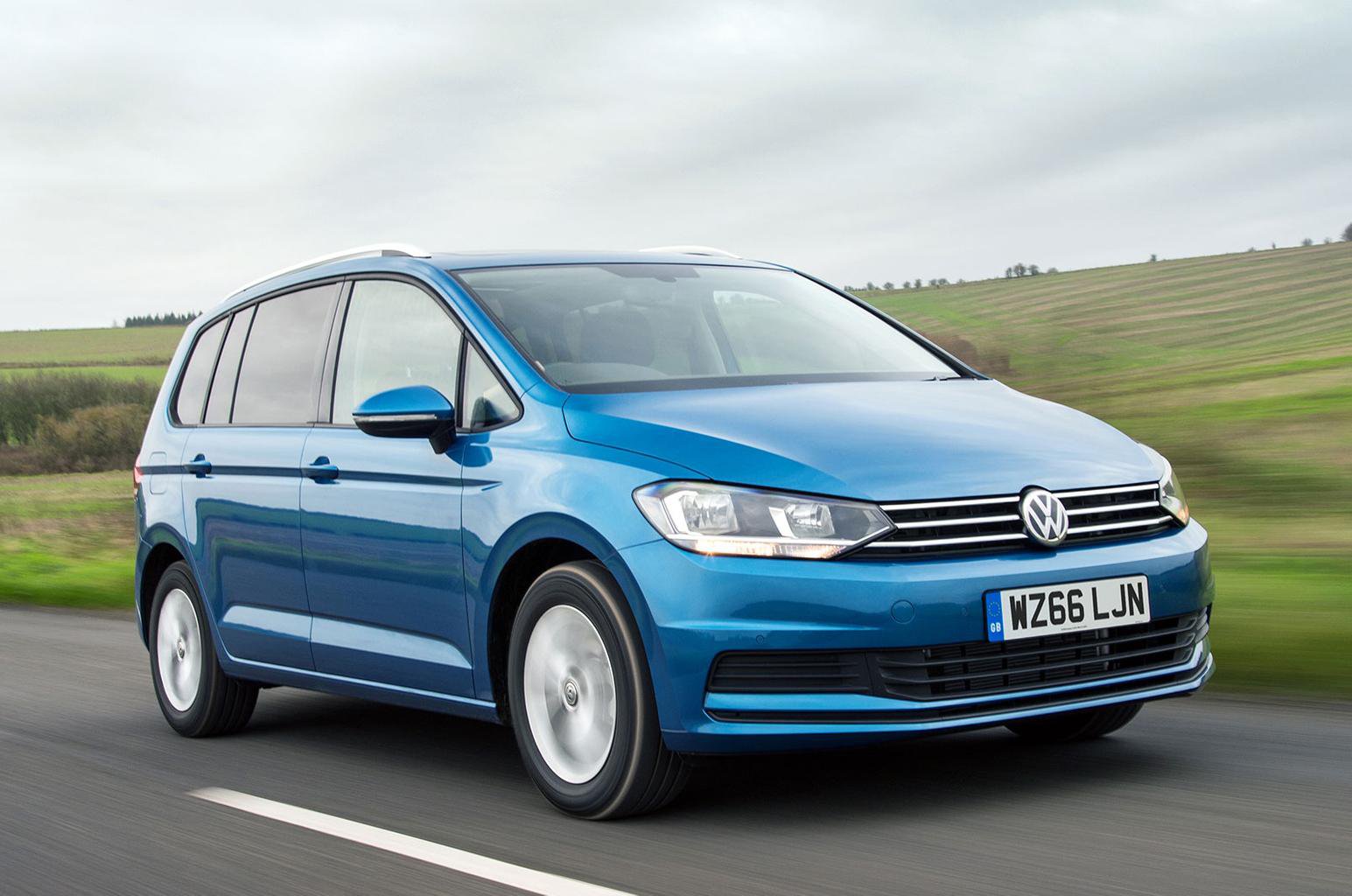 The Touran is our 2018 MPV of the Year because it is cavernous inside, has a high-quality interior and is good to drive. Seven seats are standard, along with three Isofix points in the second row; two more can be added to the rearmost seats as an option.

The Touran passed our test with flying colours, easily accommodating all three child seats in the second row.The seats can be spread out between the second and third rows if the extra Isofix points are specified, and fitting two seats into the third row doesn’t impede leg room too much for any rear seat passengers.

Buy a Volkswagen Touran for less with What Car?'s New car deal

Hatchbacks and estates were once the best option for families, offering good versatility. They’ve fallen out of favour recently, but can they still be a practical solution to those with three children? We’ve chosen two that come with three Isofix points in the back as standard. 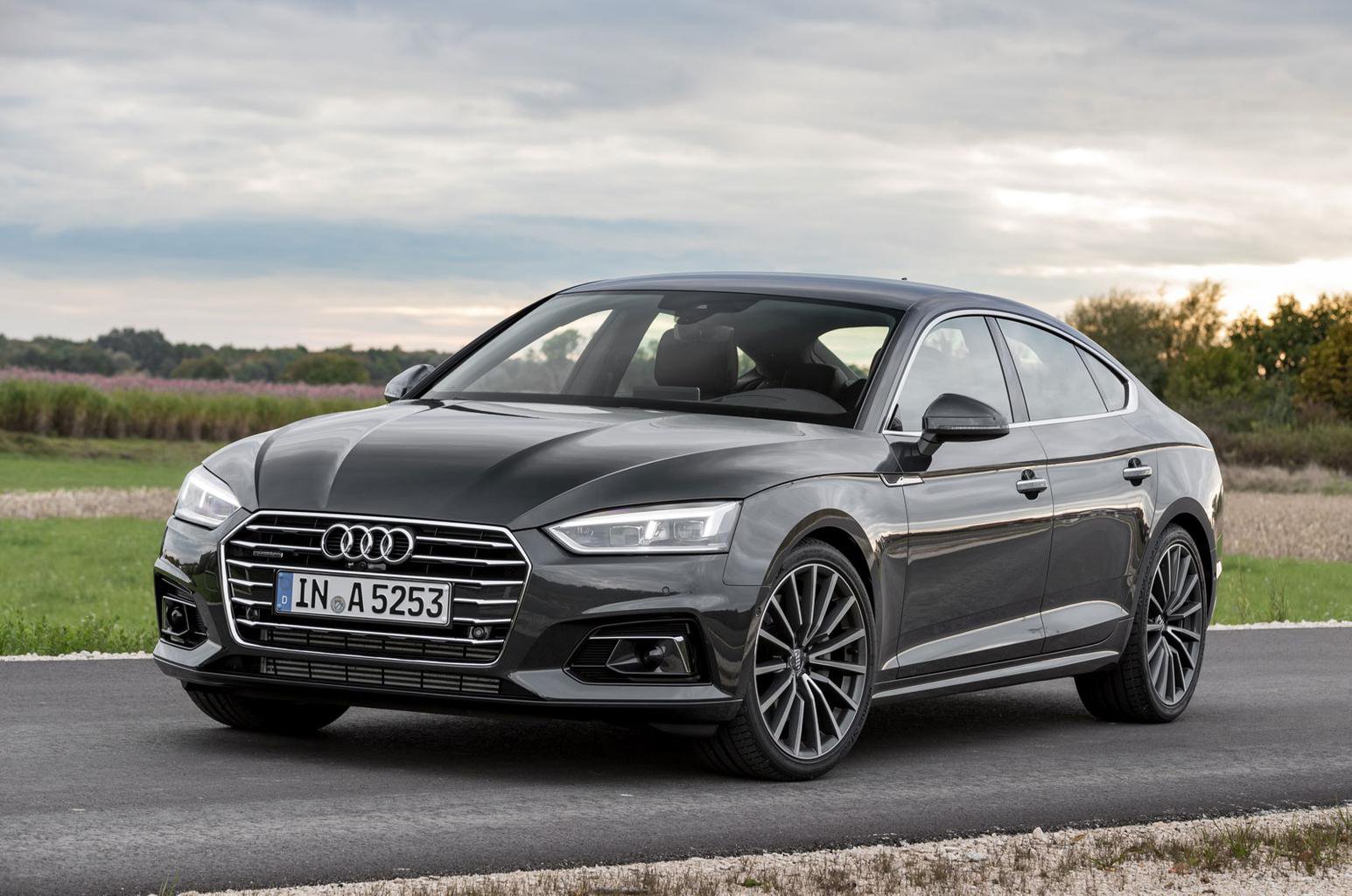 Combining coupé styling with hatchback practicality, the A5 Sportback has proved a big hit with buyers.The interior is relatively roomy and, as is often the case with the latest Audis, it has class-leading quality. On top of that, it has a comfortable ride and strong, efficient engines.

Get a discount on an Audi A5 Sportback with What Car?'s New car deals 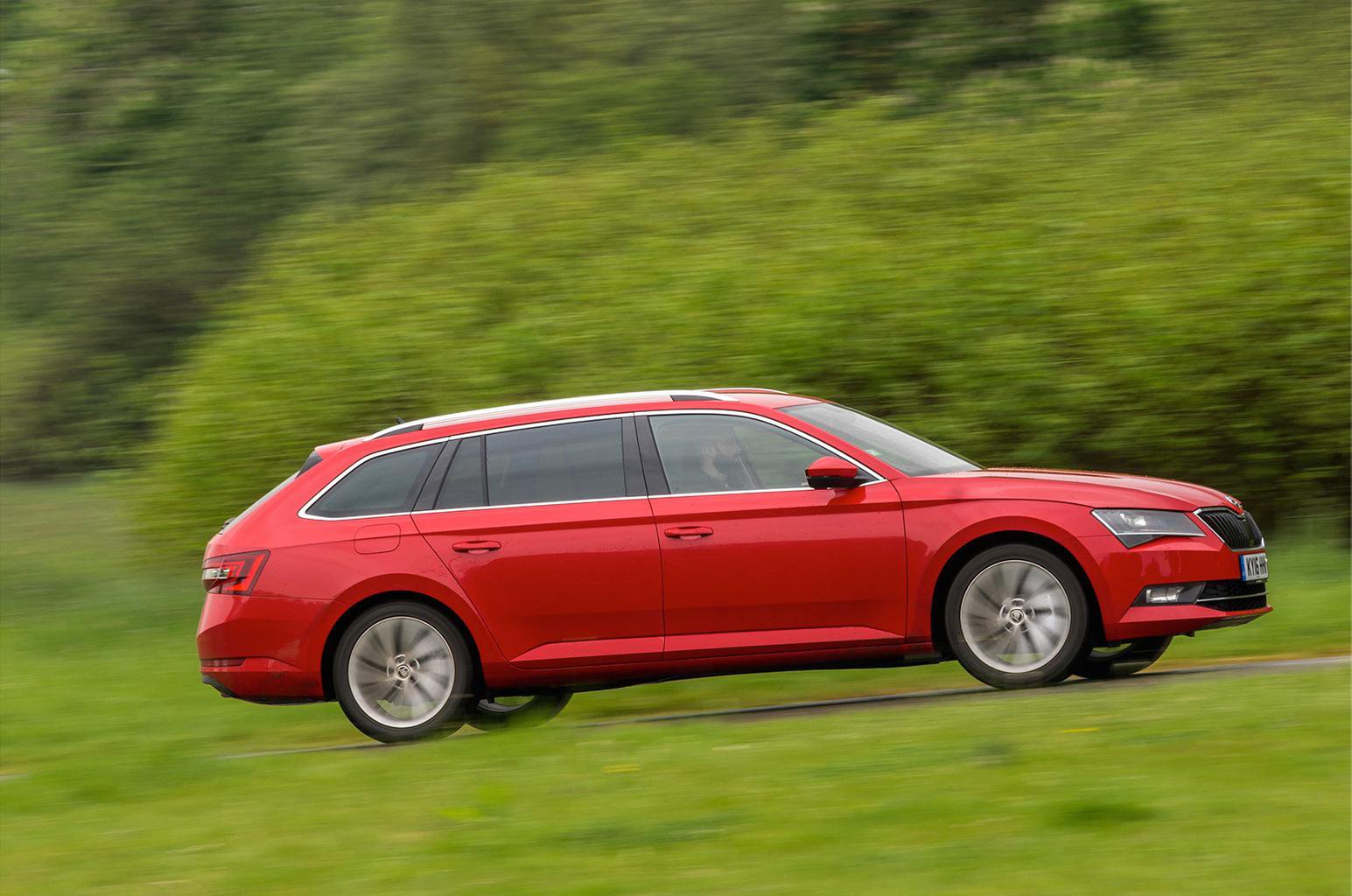 Our 2018 Estate Car of the Year, the Superb is classy, comfortable and far more spacious than its rivals inside. It’s good value, too, offering all the quality and equipment of more expensive alternatives at an affordable price.

Once again, though, we didn’t find it up to the demands of transporting our three small children.The three child seats didn’t fit onto the back bench, so an adult would need to sit in the back of the car.As with other models, it might be possible to squeeze three different child seats in, especially if they were secured using seatbelts.

Save money on a Skoda Superb estate with What Car?'s New car deal

Next: An alternative to changing your car