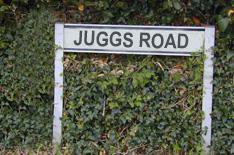 A council has agreed guidelines to avoid rude road names.

Lewes District Council, in East Sussex, has acted in a bid to avoid double entendres and unflattering place names being used in future.

Names to be banned include those which are deemed 'aesthetically unsuitable', such as Gasworks Road, Tip House and Coalpit Lane.

Also off the map are 'names capable of deliberate misinterpretation', such as Hoare Road, Typple Avenue, Quare Street, Corfe Close - which would, of course, include 4 Corfe Close.

However, current contentious street names in Lewes, such as Juggs Road and Cockshut Road, will be allowed to remain.