More for you |
Every Mercedes EQ electric car previewedAudi A3 Sportback long term test reviewMost efficient hybrid cars you can buyJaguar E-Pace vs Jaguar F-Pace: which is best?It it right for dealer to keep a used car's registration document for months?
Home
News
Diesel from food packaging
news 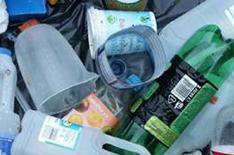 Waste plastics that are destined for land-fill sites could soon be filling your car's fuel tank.

SITA UK, a leading recycling company, is planning to build 10 plants throughout the country to convert domestic waste plastics, such as food packaging, into fully operational diesel fuel.

The first plant is to be commissioned by the end of 2011 and will be located in the London area.

Each of the planned plants will be designed to convert 6000 tonnes of waste plastic annually, which will then produce four million litres of diesel.

Cheaper than conventional diesel, says SITA
SITA UK says the waste plastic diesel can be produced at below the cost of normal diesel and will have a lower carbon footprint than the conventionally produced fuel. The quality of the diesel will be on par with traditional fuel and can be used commercially.

David Palmer-Jones, chief executive of SITA UK, said: 'Traditionally, mixed waste plastic has been sent to landfill as no economically viable alternative way of treating it has been developed. Todays announcement means that this can now be given a second life as a sustainable alternative to diesel.'