More for you |
2020 Audi A3 Saloon revealed: price, specs and release dateGeneva motor show 2020: all the star cars to watch out for2020 Audi A3 family hatchback: everything we know so farAudi A3 Sportback long-term test reviewThe best deals on our most in-demand cars
Home
Feature
Every upcoming Audi previewed
feature

Audi is planning to introduce nine new models in the next two years. Here's everything we know about them so far... 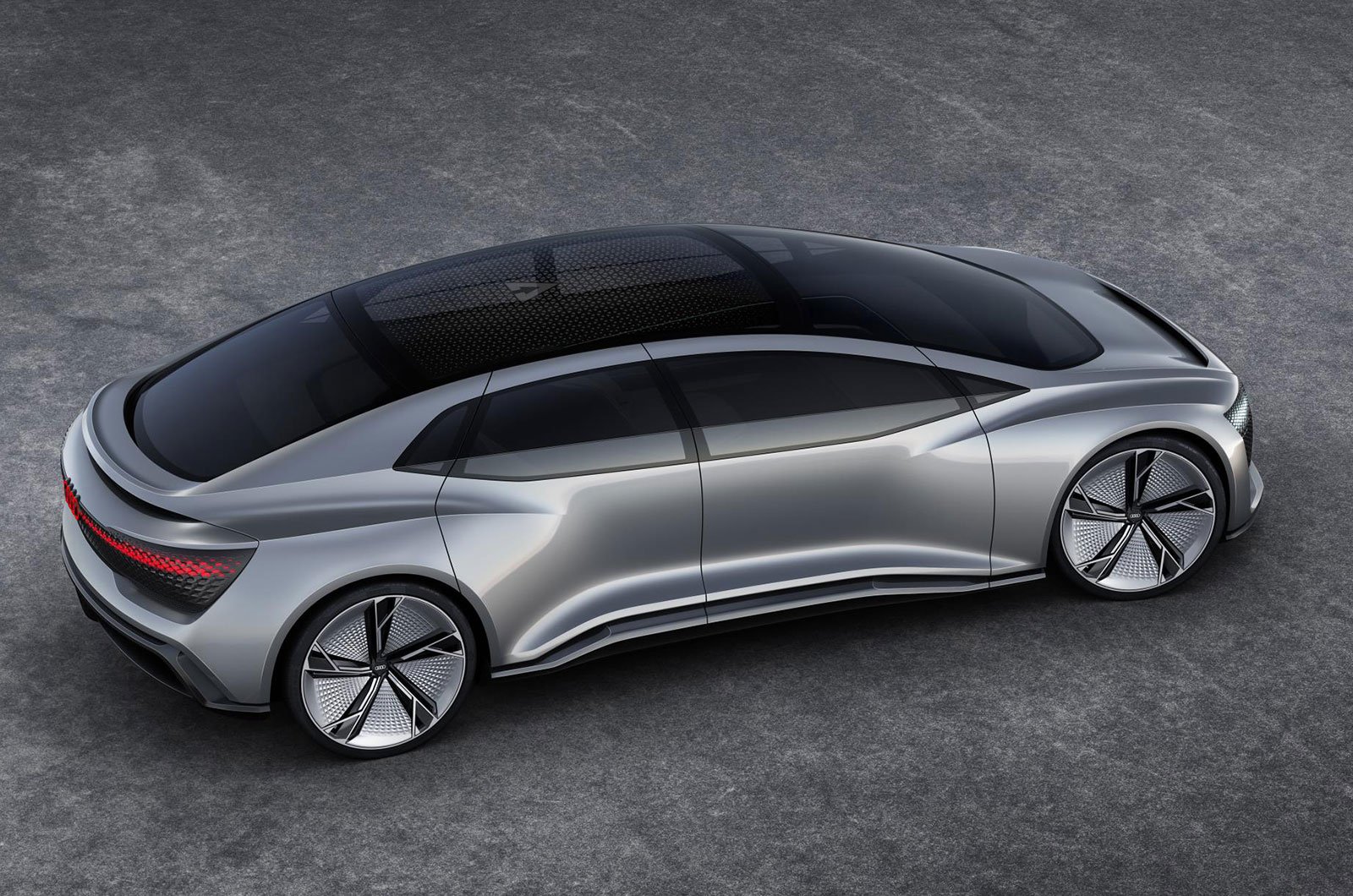 Audi has been on a roll of new model launches recently, bringing everything from the all-electric Audi E-Tron to the new A3 family hatchback to market, and it's not planning to stop any time soon. In fact, over the coming few years we can expect to see a wider range of models from Audi than ever before, including new electric saloons, a reborn sports car icon and, of course, multiple SUVs.

If you're thinking about buying a new Audi in the near future, then, you'll want to know what's coming, and when. Below is everything we know so far about each new Audi model. 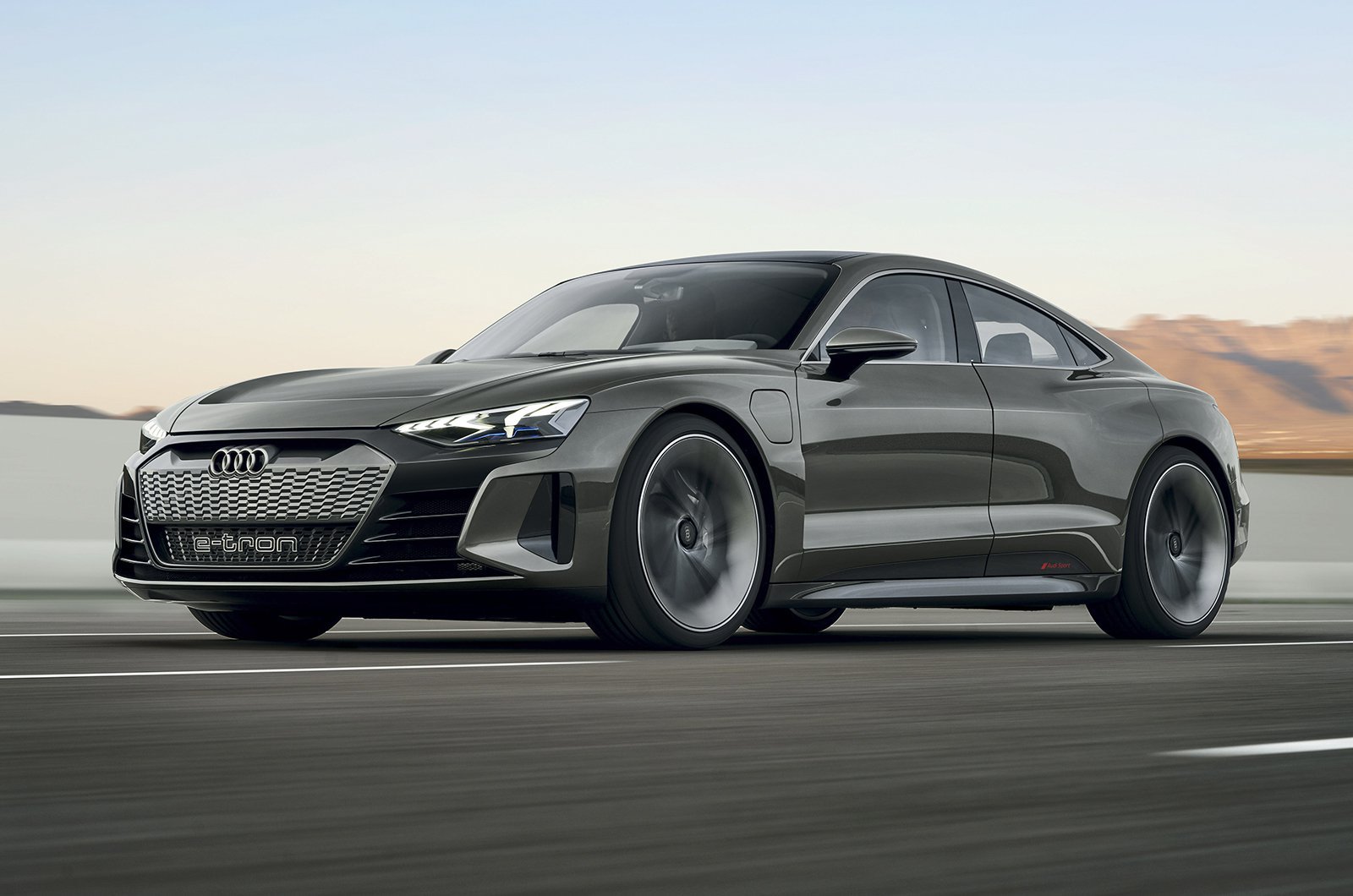 The E-tron GT is an electric four-door coupé that, underneath as least, is closely related to the Porsche Taycan. It's expected to be powered by a 96kWh battery, giving a range of up to 248 miles between charges according to the WLTP test cycle. Charging should take as little as 20 minutes if you can find a charger capable of supplying 350kW, the maximum rate that the car will accept.

All versions are four-wheel drive, and some versions could offer as much as 582bhp from their electric motors – allowing the E-tron GT to 62mph in 3.5sec. As with many other forthcoming Audis, eventually hotter S and RS versions of the E-tron GT will also be offered. Prices are expected to undercut the Taycan, which costs from £83,635.

Find out more about the Audi E-tron GT >> 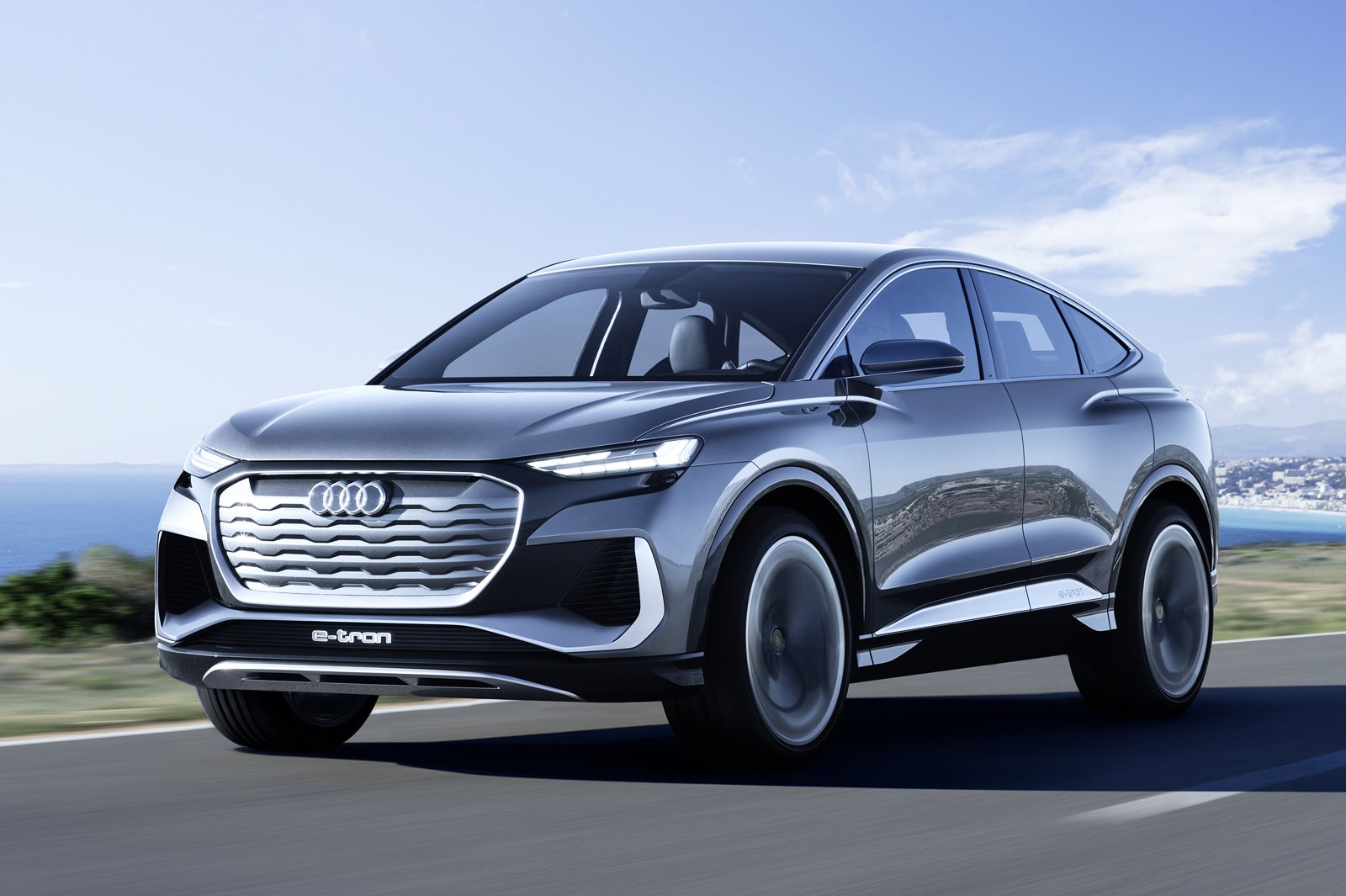 Revealed back in July, the Q4 Sportback E-tron is Audi's upmarket version of the Volkswagen ID.4 and Skoda Enyaq. It's capable of travelling up to 311 miles on a single charge, fits neatly between the current Q3 and Q5 SUVs in terms of length. Thanks to the small size of its electric motors and the fact that its batteries are positioned beneath its floor, however, it should offer more leg room and storage space than either of its combustion-engined siblings.

Inside, drivers will find a 12.3in infotainment touchscreen that's angled towards the driver, as well as digital instruments. The Q4 Sportback E-tron also features a large head-up display which can project useful information, such as directions from the sat-nav, onto the windscreen.

Find out more about the Audi Q4 Sportback E-tron >>

Parts sharing among the many Volkswagen Group brands is common, and the next Audi Q5 will borrow its underpinnings and electric motors directly from the next Porsche Macan, itself also due in 2022. Just like the Macan, too, petrol and diesel-engined versions of the Audi Q5 will be sold alongside the all-new electric variant for some time, giving buyers a plethora of power options.

Set to adopt a less futuristic look than the recently revealed Q4 Sportback E-tron, the electric Q5 will nonetheless be offered with the same power options as that car, with an 82kWh battery pack providing a range of at least 280 miles. Versions with both rear and four-wheel drive will be offered, and it's likely that a high-performance SQ5 model will crown the range.

Inside, the electric Q5 will offer space more akin to today's Q7, thanks to the absence of an engine and the car's battery pack being hidden beneath its floor. 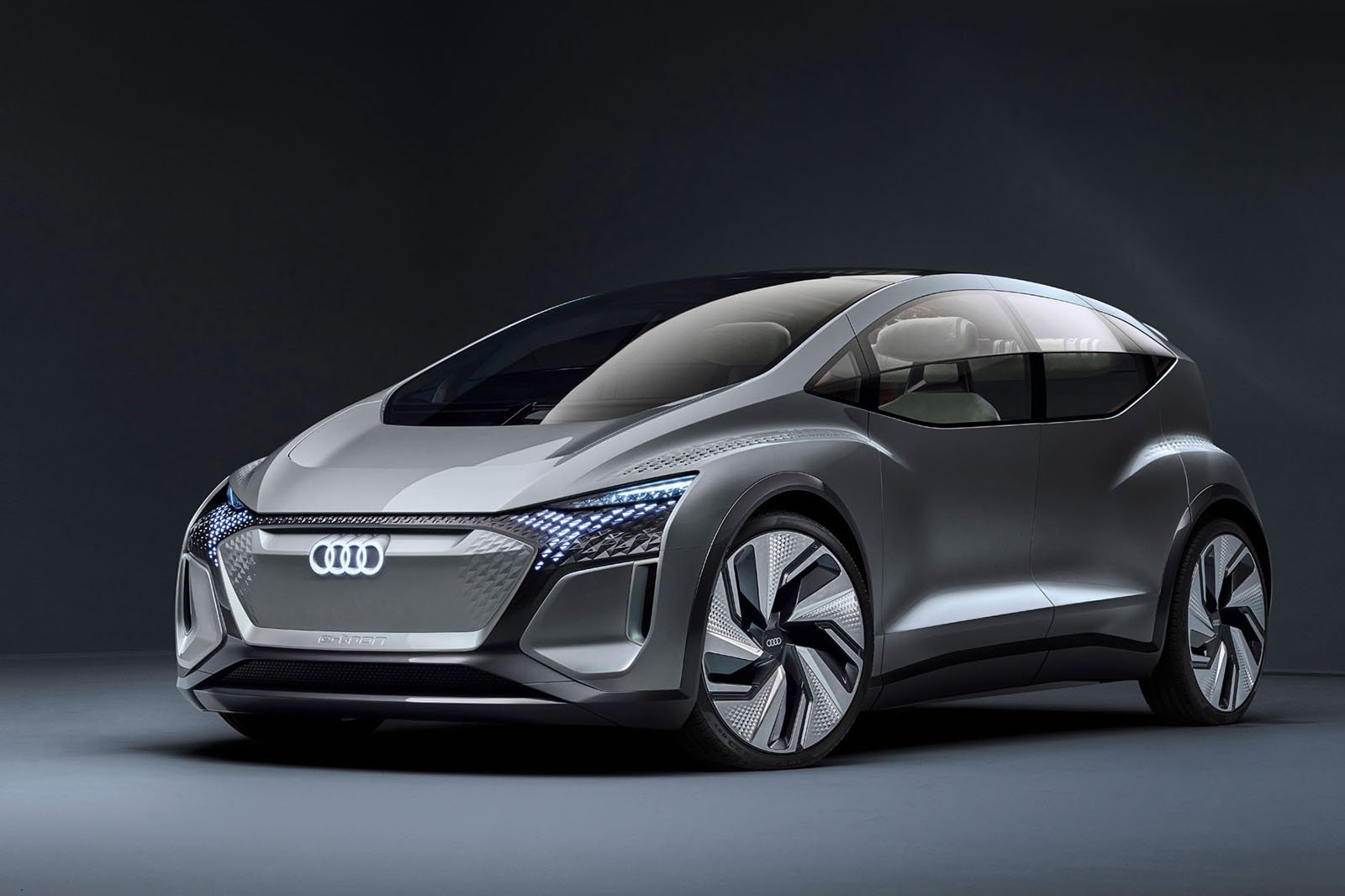 The original Audi A2 was viewed as a car out of time – because although it had plenty of space and was decent to drive, the car-buying public simply didn't go for a small car with a premium badge on its bonnet. Audi is hoping that, 17 years after the last A2 went off sale, buyers might be ready for a new one.

Inspired by the radical AI:ME concept car from 2019, the new A2 E-Tron is being developed using the same underpinnings and technologies as the Volkswagen ID.3. That means it will be available in multiple configurations, with buyers able to choose between prioritising range or power output. Expect even entry level versions to comfortably cover 205 miles between charges, though. In concept form, the AI:ME featured a single 167bhp electric motor, fed by a 65kWh battery pack hidden under the car's floor. 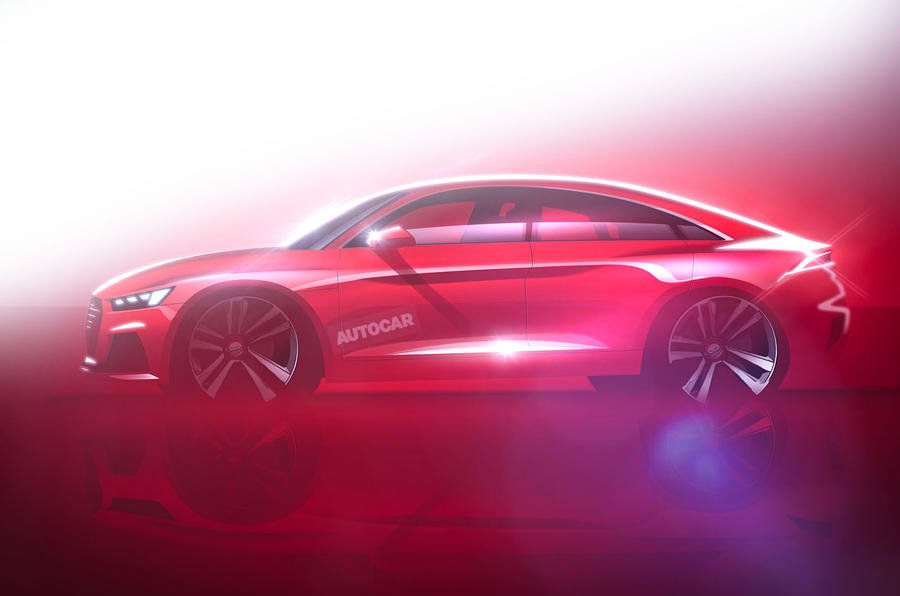 The new Audi A3 family hatchback is already on sale, but Audi will add to the car's line-up in 2022 with an all-new coupé model, designed to act as a rival to the Mercedes CLA. Buyers should be offered the same range of engines as are already available on the regular A3, with our favourite engine likely to be the same 148bhp 1.5-litre petrol that we already recommend in that car. Likewise, expect the A3 Coupé to have an interior that's identical to that of the hatchback, with a great driving position and Audi's Virtual Cockpit digital instrument cluster.

In time, Audi could expand the A3 Coupé range to include a performance S3 model, and, later on, a range-topping RS3 with four-wheel drive and at least 400bhp. Multiple plug-in hybrid models will also be offered.

The future of the Audi TT has been in peril for some time, given the shift among buyers away from sports cars and coupés, but news that Volkswagen is likely to put its sporty ID R into production means that the TT will be saved.

Using the same underpinnings as the ID R, the next-generation TT is expected to become fully electric and offer close to 300bhp from its dual electric motors, as well as providing a range of at least 250 miles between charges. Inside, expect the TT to be a strict four-seater, but, as with today's car, space in the back is likely to be extremely limited. Both traditional coupé and soft-top convertible versions of the new TT are expected to be offered.

While it's the A8 luxury limousine that currently crowns Audi's line-up, the A9 will eclipse it when it launches in 2024. Currently being developed as a rival to the BMW i7, Jaguar XJ and Mercedes EQS, this all-electric luxury cruiser was inspired by the Aicon concept car, revealed at the Frankfurt motor show in 2017.

While little is known about the car's technical specifications, it's likely to be powered by two electric motors, and be capable of travelling for at least 300 miles between charges. It will also make use of augmented reality inside, projecting information, including like sat-nav instructions, directly onto the car's windscreen, and will come with advanced self-driving and connectivity systems.

In terms of space, Audi is said to be targeting similar exterior dimensions to today's A7, but with internal space similar to that of the current A8. 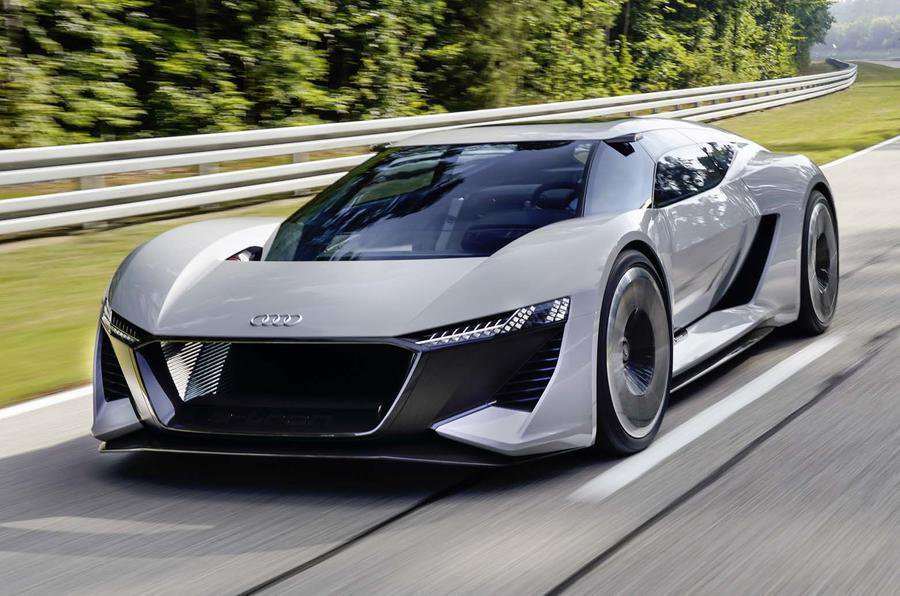 The future of Audi's range-topping sports car is currently in flux, because the company is known to be considering cost-cutting measures and focussing on its most profitable models.

However, if the R8 does survive into a new generation, it's likely to become fully electric, taking design inspiration from the PB18 E-tron concept car that appeared at 2018's Pebble Beach Concours d'Elegance show. That car featured three electric motors, delivering a combined 671bhp under normal circumstances. However, drivers could temporarily up that output to 764bhp using a boost function. The PB18 E-tron concept also featured a sloping roofline and a more conventional rear end than the current R8, allowing for a usable boot space of 470 litres –similar to that offered by today's A4 executive saloon.

Next: Every upcoming BMW previewed >>