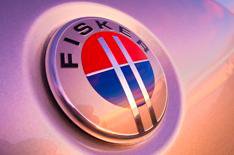 Future technology car maker Fisker has ambitious plans to launch a range of new models over the next few years.

Speaking at the launch of its range-extender Karma model, company boss Henrik Fisker revealed his plans to develop the Fisker brand.

First up is the Karma saloon, which goes on sale in the UK in September. You can read more about it in our full review.

Another version of the Karma rumoured to be a mix of sporty estate and SUV will be unveiled at the Frankfurt motor show next month. Its due to go on sale in 2012.

A folding hard-top convertible version called the Karma S (for sunset) - will be launched in 2013.

There are also plans for a four-wheel-drive version of the Karma, and Fisker is working on a new gearbox. This will be a two-speed transmission thats designed to give improved fuel economy and a higher top speed compared with the Karmas current one-speed direct-drive system.

Fiskers second model line will be the smaller Nina, which will be cheaper and more practical than the Karma. Its due on sale in late 2013.

The car maker is also considering a battery buy-back scheme to allay customers fears over battery life. The details have yet to be finalised, but buyers would be given a guaranteed price for the batteries when they came to replace them.