More for you |
Electric car waiting times revealedCoronavirus advice: How do I renew my car's tax if its MOT has expired? Best small cars 2020Past Master: Audi TT Mk1Coronavirus advice: how to contact What Car?
Home
News
How will this cash be distributed?
news

How will this cash be distributed?

* Should the car industry get aid? * Is it enough to help car makers survive? * Tell us what you think of the aid package... 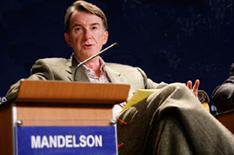 How will this cash be distributed?
How the cash will be allocated is far from clear, and insiders say this question was hotly discussed when Mandelson met car industry bosses after the package was announced.

'We had a productive discussion on how the industry and supply chain can access these guarantees,' was all Mandelson would say following the meeting.

Following the meeting with Mandelson, the SMMT was eager to present a positive outlook, and it stressed that the meeting had been constructive.

Society of Motor Manufacturers and Traders (SMMT) chief executive Paul Everitt added: 'We had a constructive discussion on the processes we must go through to access this money.'

Although they won't publicly admit it, the car manufacturers are unhappy with the extent of the Government support and the time it has taken to provide it.

Lead by the SMMT, car manufacturers made an initial request to the Business Secretary in November.

Not only did it take three months for any action to be taken, but Lord Mandelson also failed to act in many of the areas where they had asked for support.

The level of aid should also be measured against bail-out packages given by other Governments: US car makers have received 11.4 billion and French car makers about 5.5 billion.