More for you |
Every 5-star car on What Car?Used test: Maserati Levante vs Porsche MacanNew issue of What Car? magazine on sale nowMost and least reliable small SUVsRevealed: the car makers whose discounts have got bigger since lockdown
Home
News
Insurance premiums will continue to soar
news

Insurance premiums will continue to soar 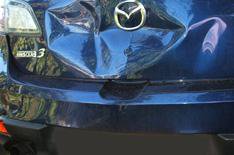 Insurance costs will continue to soar because of fraud and a huge increase in no-win-no-fee personal injury claims, the insurance industry has told MPs.

Despite premiums increasing by 40% over the past year, insurance industry representatives told the House of Commons' Transport Select Committee that there was no end in sight to big annual increases.

The committee heard that the latest cost of an average premium in October was 791, compared with 568 for the same month in 2009.

Other witnesses addressing the committee also blamed the UK's compensation culture for the staggering increase in premiums.

Ashton West, chief executive of the Motor Insurers Bureau, told MPs that the problem was far worse in the UK than elsewhere in Europe.

He said: 'I think it is because of aggressive marketing on daytime TV. It is creating a view that if you are involved in an accident which is not your fault, you can collect a pot of money.'

Whiplash causes premium backlash
MPs heard that whiplash was the biggest problem for insurers accounting for 70% of all injury claims. It is also an injury that is hard to demonstrate or disprove, so usually results in a pay-out.

Fraud also pushes-up premiums
Fraud was also highlighted as a major factor to blame for pushing up the price of premiums. Edmund King, the AA's president said that fraud accounted for almost 10% of insurance premiums.