More for you |
Jaguar E-Pace vs Jaguar F-Pace: which is best?It it right for dealer to keep a used car's registration document for months? Will my car be able to run on the new E10 petrol? UK’s first electric car charging forecourt to openBMW X7 long-term test review
Home
News
Mazda shapes cars of the future
news

Mazda shapes cars of the future

* Cars will get apps * dashboard more like an iPhone * Automatically changing paint finish... 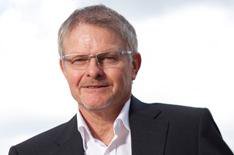 The typical family car of the 2020s will have a central control screen, such as on an Apple iPhone or iPad, but in 3-D, and there'll be super-intelligent applications (apps) to help you manage your daily life. For instance, there could be an app that will not just recommend a restaurant, but also tell you the name of the chef and suggest the pick of the menu that day.

Record your drive and much more
A navigation app called Co-Pilot will give you a detailed bird's-eye view of every detail of the road you are driving on. If it's a spectacular or scenic route, G-Pro a camera mounted in the front grille will film your drive in HD for you to watch later or transmit to friends.

There will also be paint finishes that you can change on a whim without any need for a spray gun, and solar panels to keep the battery topped up and power the air-conditioning system. For city cars, flexible interior materials will make it possible to change the ratio of passenger-to-luggage space without any levers or folding mechanisms.

Developing the future now
These are all things that Mazda is envisaging for cars that are only 10 years away. 'Not all of these things are going to happen, but by looking at every possibility something that is not viable might lead to something else,' says Peter Birtwhistle, the head of Mazda's European design studio.

You have only to look at the developments in communications technology in the past decade to see that many could well become reality.

Advanced product planners at Mazda believe they can foresee much of what our cars will be like in 10 years, based on their forecasts of changing lifestyles.

People will be sharing more by 2020, they say. There will be new production methods and materials, layered shapes and colours and more natural structures.

'Good design reflects the mood and values of an era, and the role of the car as a status symbol is changing,' says Jo Stenuit, of Mazda's European design division. 'We will have to rethink the role of the car within the city. It is already happening in places like Copenhagen, which has twice been voted one of the most liveable cities in the world.'