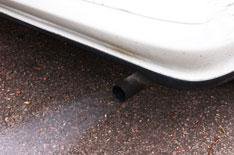 Normal petrol engines could be turned into ecologically friendly and cost-effective hybrids without the need for radical redesigns, a university team has found.

Simulations by the Institute of Engineering and Design at Brunel University, in west London, show standard combustion engines might be able to be adapted into a new air hybrid engine at very low costs, and would be considerably cheaper to run while producing far less carbon emissions.

The institute's engineers believe that when the car uses its natural engine compression to brake, the pistons could also be employed to compress air and save it to a tank.

'Our simulations prove that we have achieved a major breakthrough. Now we need to test it with vehicle manufacturers.'

According to the team behind the design, it would require only small alterations to adapt a standard combustion engine into an air hybrid.