Based on the class-leading Q7 but with two fewer seats and the promise of sportier handling.

Once upon a time, buying a stylish or sporty-looking car meant dealing with some hefty compromises. Chances are you’d have been choosing between a coupé or a convertible, meaning two doors and rear seats that would make an Oompa Loompa feel claustrophobic – if indeed there were any rear seats at all.

Such days are well and truly behind us, though. First, five-door coupés such as the Audi A5 Sportback and BMW 4 Series Gran Coupé proved that it was possible to combine practicality with a healthy dose of style. And now some manufacturers are stretching the formula even further, with the low-roofed SUV-coupé.

The latest example is the Audi Q8, which is based on our Luxury SUV of the Year, the Q7. It swaps the Q7’s third row of seats for a tapering roofline and a much more imposing front end. But is it better than Land Rover’s most road-focused model to date: the glamorous Range Rover Velar? 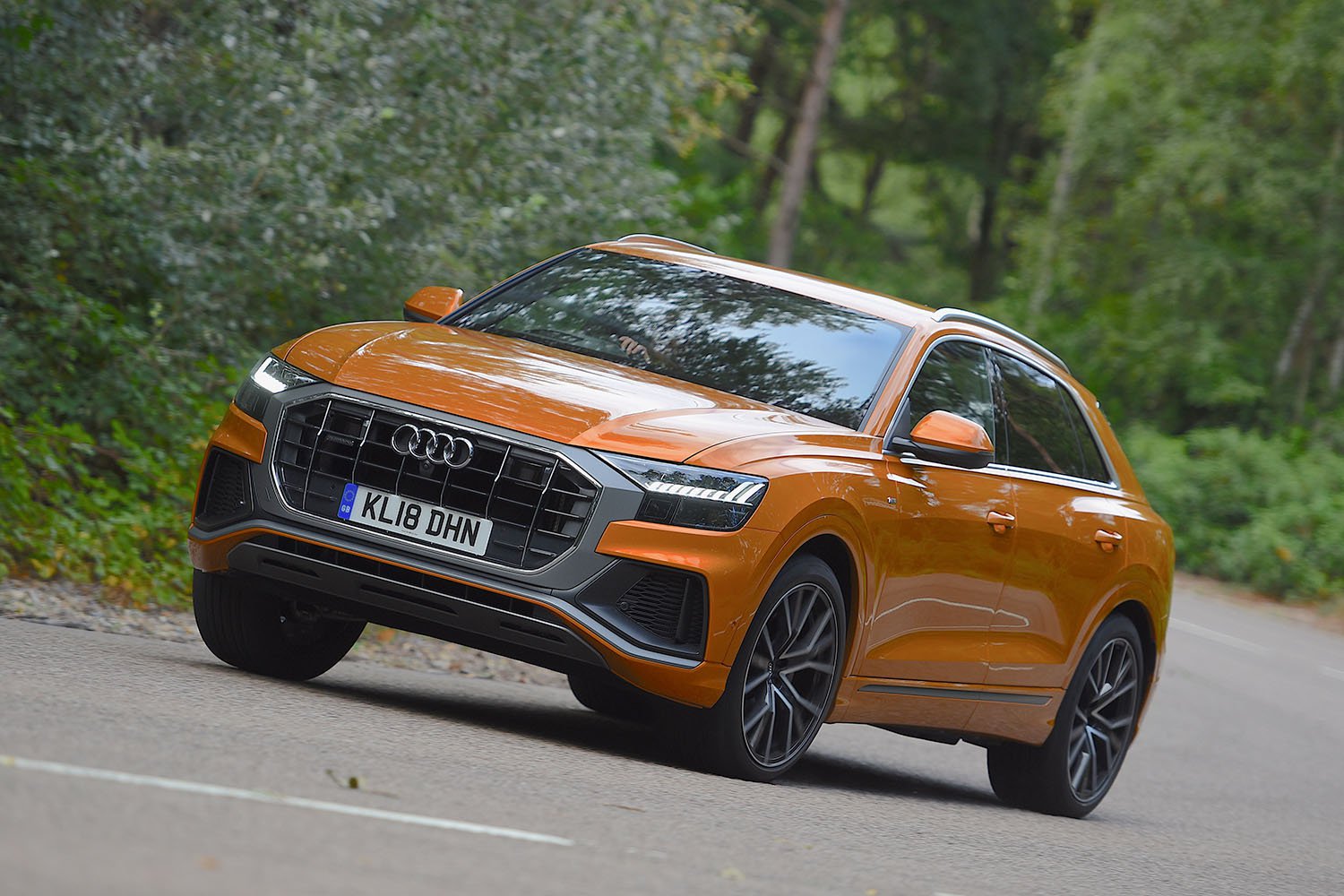 Despite costing a similar amount to buy, there are some pretty big differences under the bonnets of these SUVs. With 237bhp from its twin-turbo 2.0-litre diesel engine, the Velar isn’t exactly malnourished, yet the Q8 trumps it quite comfortably, thanks to a 3.0-litre V6 diesel that packs a thumping 282bhp. True, you can buy a more powerful, V6 Velar, but it will cost you thousands more.

While the Q8 sprinted from 0-60mph in 6.3sec in our tests, the Velar could manage only a disappointing 8.6sec, some 1.3sec slower than Land Rover’s figure. The Velar was also significantly slower during our rolling acceleration tests, taking 2.4sec longer to get from 30-70mph, for example.

But let’s put things into perspective here: the Velar will be brisk enough for most people. It still gets up to motorway speeds in a respectable time and overtaking isn’t too fraught.

The Q8 doesn’t just go like a hot hatch in a straight line; it would give one a nasty surprise on a twisty road, too. All versions come with adaptive air suspension that’s uncanny in its ability to keep this 2.2-tonne SUV upright in corners. Grip is impressive, while the steering is precise and more consistently weighted than the Velar’s, making it easier to place the car exactly where you want it. 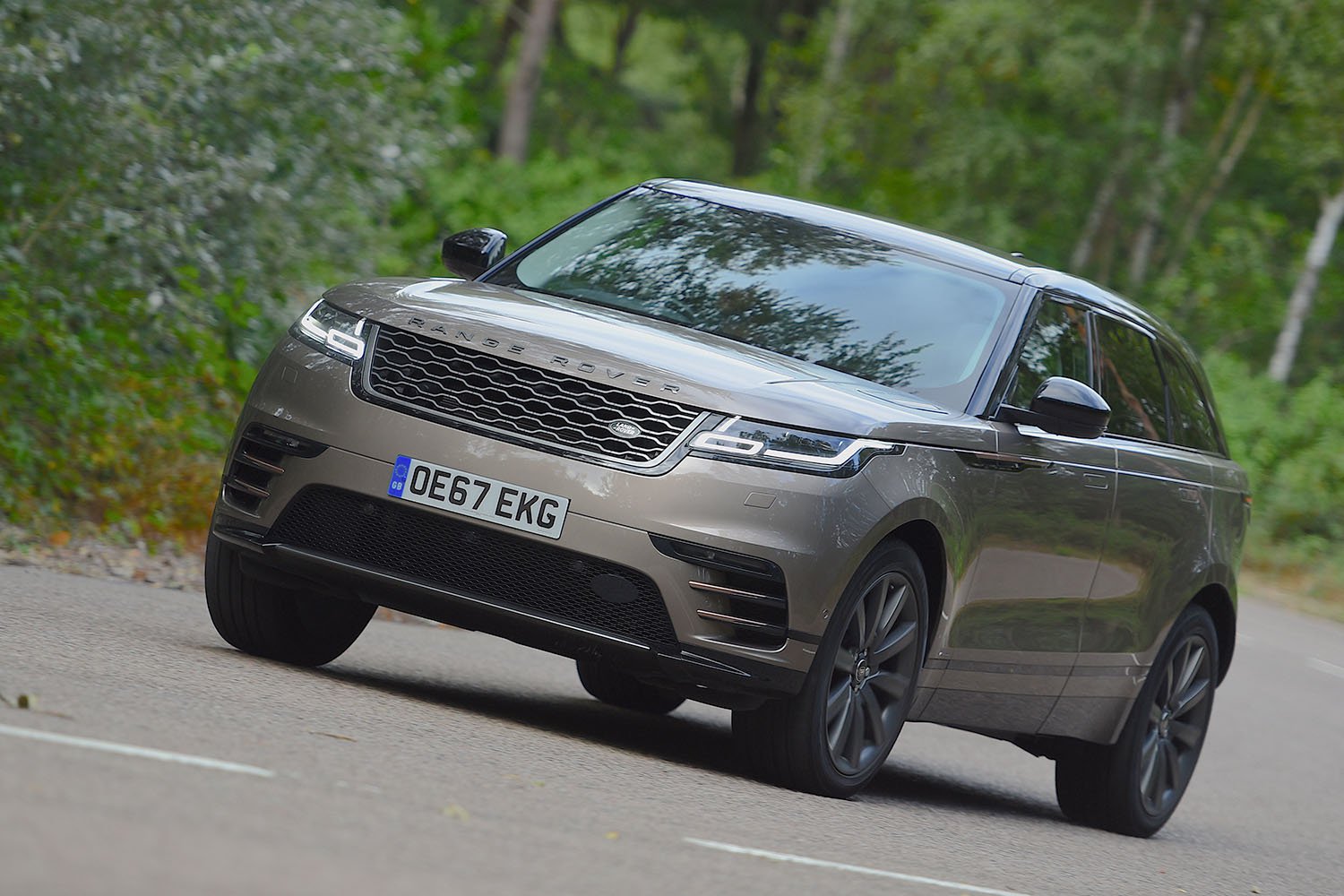 Meanwhile, the Velar leans over dramatically in corners, with little sense that its body movements are being controlled. And while air suspension is an option, it’s not one that sharpens up the handling a great deal, so you can’t make the most of the accurate steering.

Take a less challenging route, however, and the Velar’s squidgy standard suspension means it’s noticeably more comfortable on its standard 21in wheels. It wafts along pleasantly, doing a fine job of smoothing out road imperfections, whereas the Q8, on optional 22in wheels, always feels like it’s fidgeting over something, although it never crashes or bangs.

Sadly, while the Velar has a ride that soothes, it’s louder than the Q8 at all speeds, letting in more wind whistle and tyre roar, and its engine doesn’t sound as sweet.

Both cars have automatic gearboxes that change gear smoothly most of the time but are hesitant to respond when you ask for a burst of acceleration. This can make entering a busy road or roundabout a leap of faith.