This longer version of the Mercedes E-Class is on sale now; it's the most practical estate you can buy...

This is the new Mercedes E-Class Estate, which is based on the all-new E-Class saloon that was introduced earlier this year. The new car is a rival for the Audi A6 Avant and BMW 5 Series Touring, as well as the new Volvo V90.

Historically, the E-Class Estate has accounted for around a quarter of all E-Class models in the UK, so it should be a strong seller for Mercedes-Benz. It's on sale now, costing from £37,935. 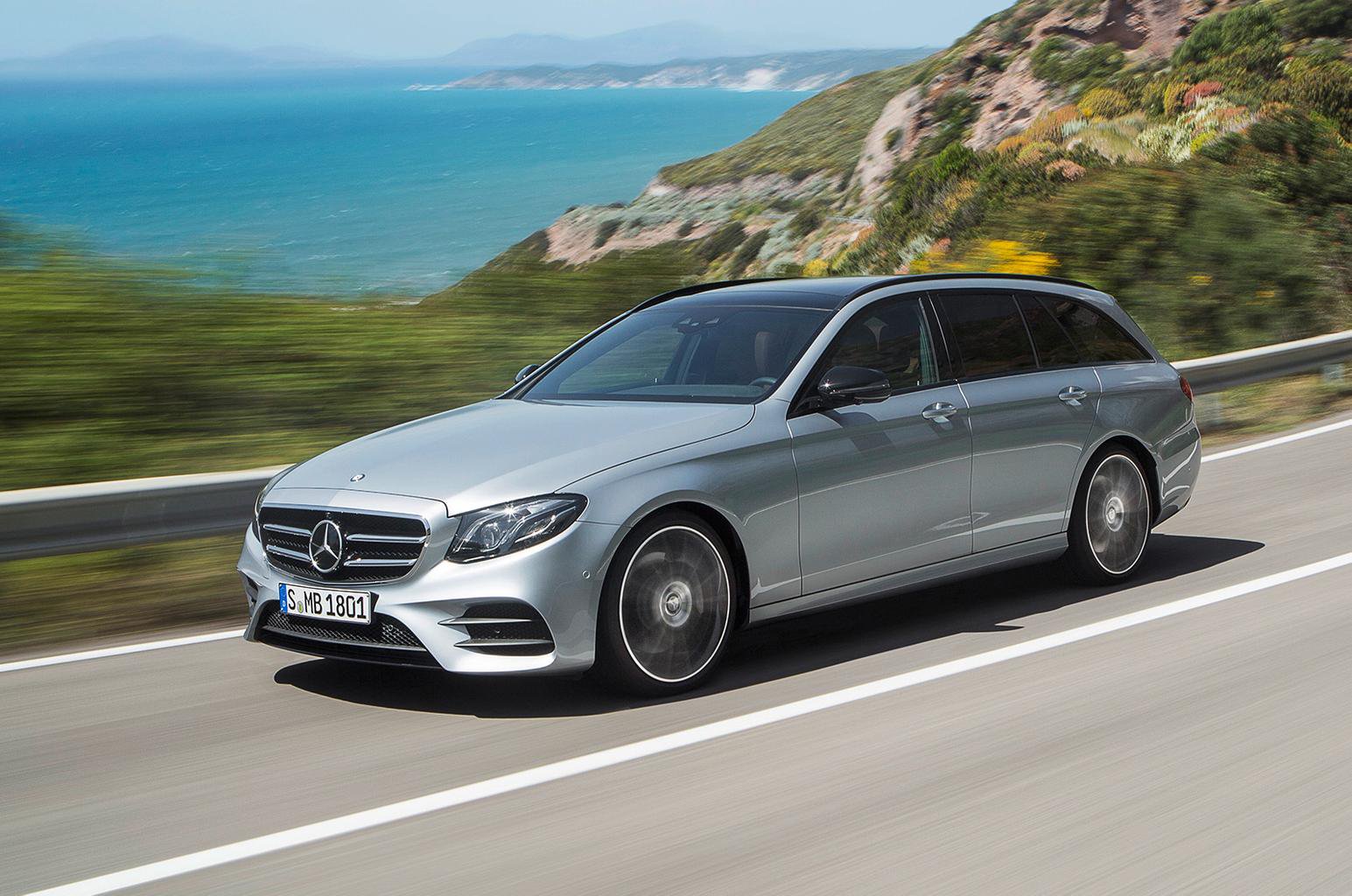 The current Mercedes-Benz E-Class Estate has been on sale in the UK since 2009, and was last updated in 2013, so this all-new version has been a long time coming.

Taking a similar approach to that of the new Mercedes C-Class, this new estate version has a far less angular look than its predecessor. Instead, it looks sleek and stylish. As you’d expect, the front-end design is identical to that of the E-Class saloon, and it’s only at the rear where you’ll really notice the difference in shape.

Interestingly, the available seats-up storage space inside the new E-Class Estate is actually less than that of its predecessor, although it is still more than is offered in the A6 Avant or 5 Series Touring. Given how spacious those cars are, we wouldn’t envisage any trouble when loading up the E-Class for family breaks.

Lower the rear seats, and you’ll create an even larger load area. It’s significantly roomier than that of the old Mercedes E-Class Estate, although the floor isn’t fully flat. From later this year, drivers will also be able to specify a third row of seats designed with children in mind.

Additionally, buyers seeking the versatility of an estate combined with the go-anywhere practicality of an SUV only need wait a few months for Mercedes' more rugged version of the E-Class, the All Terrain. That will come with increased ground clearance and four-wheel drive as standard. 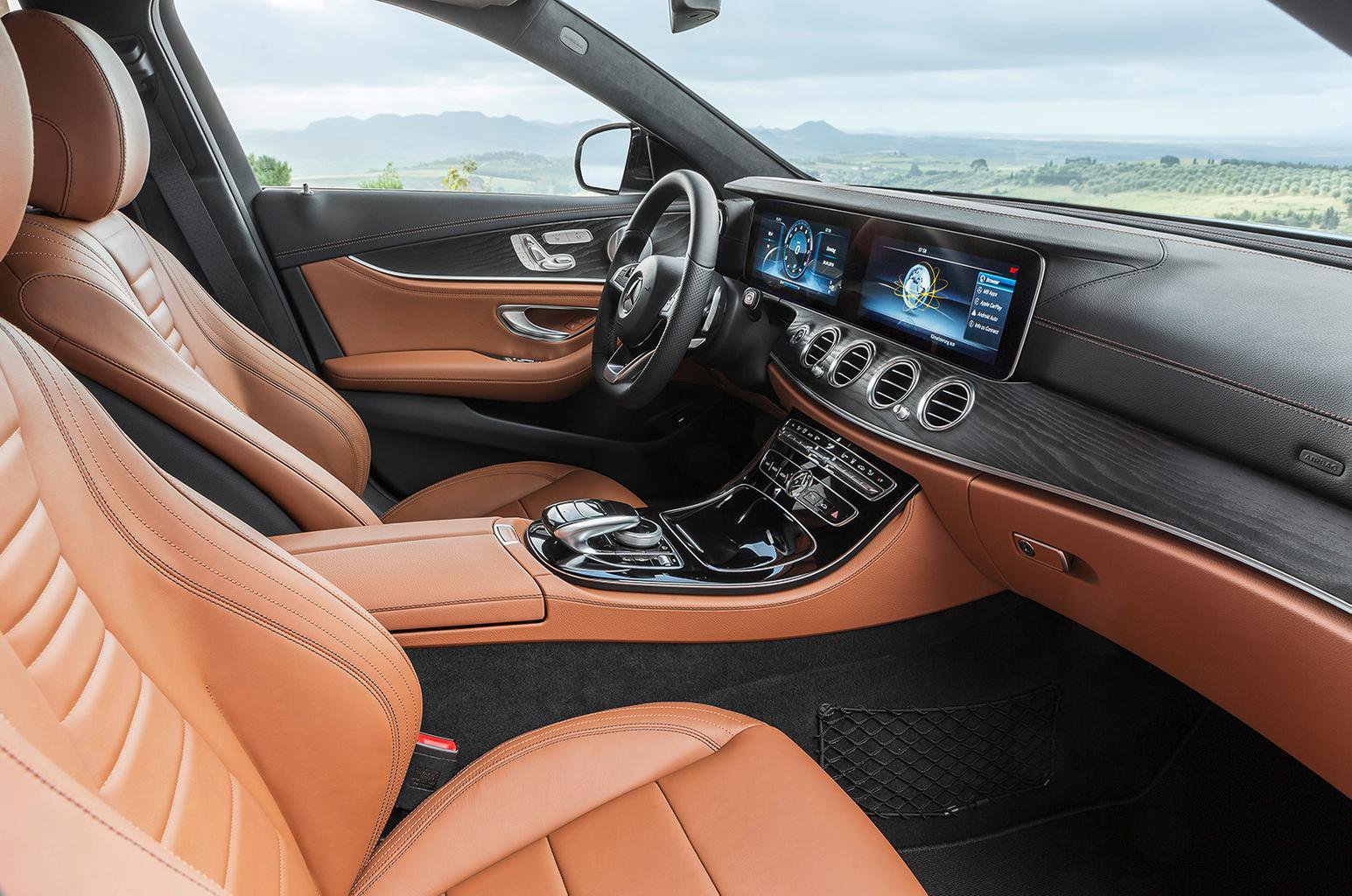 For now, only the diesel 191bhp 2.0-litre diesel E 220 d engine is available to buy in the E-Class Estate, but it will be joined in October by the more powerful 3.0-litre V6 diesel E 350 d engine and a petrol-powered V6 AMG E 43 version.

A 5.5-litre AMG E 63 engine will top the range, and could go on sale next year, producing either 563bhp or 603bhp. It will have the 4Matic all-wheel drive system also found in the E 43.

A lesser-powered 148bhp diesel engine will be used in the E-Class Saloon, but not the Estate.

The option we’d recommend here is the E 220 d – the same version we suggest in the E-Class saloon. It’s a flexible engine that can return a claimed 67.3mpg and CO2 emissions of 109g/km - with the standard automatic gearbox. 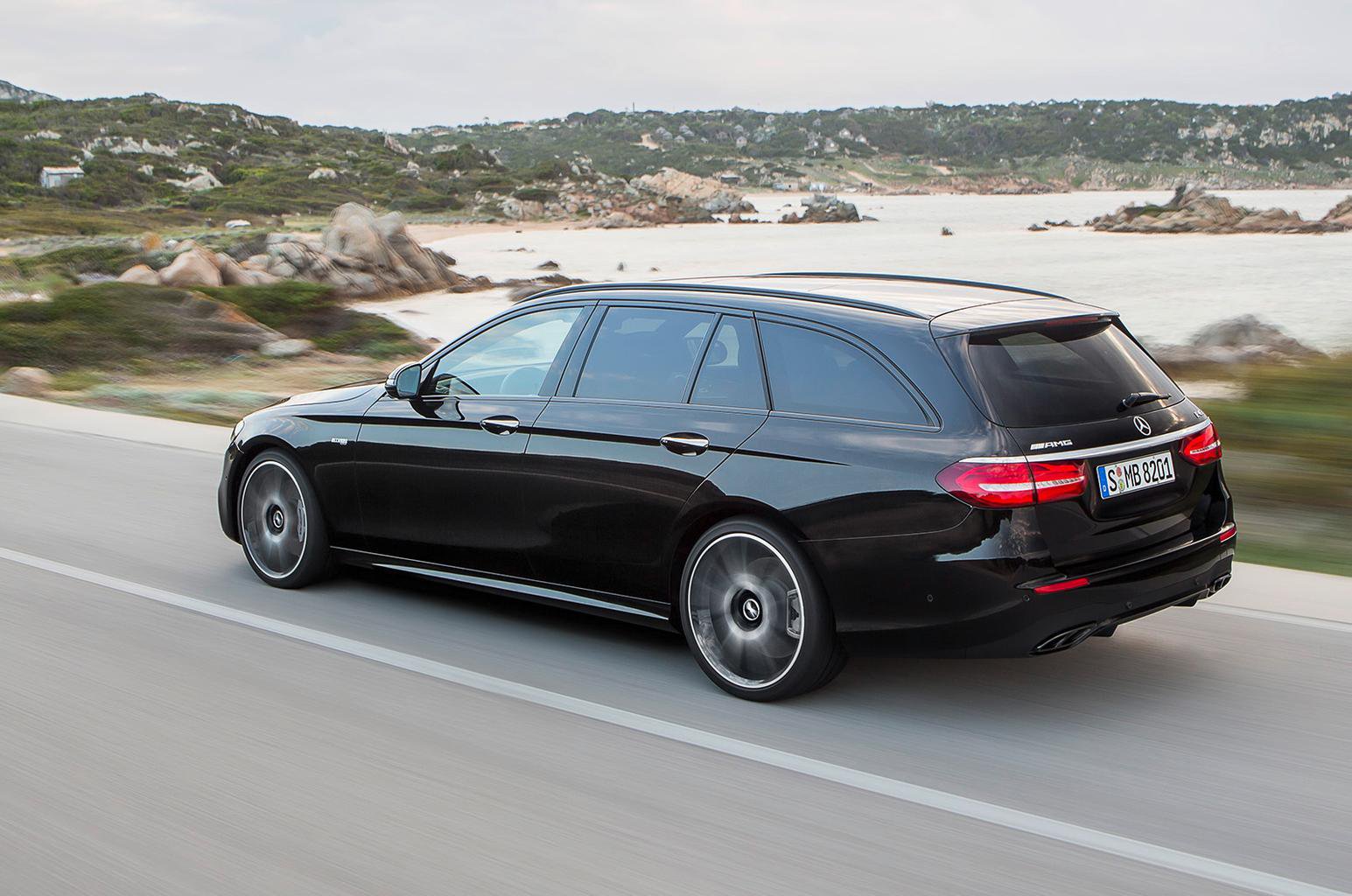 It’s no surprise that the interior of the latest E-Class Estate is almost identical to that of the E-Class saloon. The same dual 12.3in digital dashboard display is an optional extra - it replaces the conventional dials of entry-level models with a customisable infotainment screen. It’s similar to the Virtual Cockpit system offered in Audi models, and our early tests in the E-Class have found it a worthy extra.

New features include a sensor underneath the boot lid, which allows it to open if you wave your foot beneath the rear bumper. There’s also a button to automatically fold down the rear seats.

Standard safety gear includes autonomous emergency braking, while optional driver assistance systems include Drive Pilot, which is able to follow the car in front at speeds of up to 130mph while keeping a safe distance. Drivers can also remotely direct the E-Class Estate into a parking spot using a smartphone app.

SE trim includes equipment such as sat-nav, chrome roof rails, a DAB radio and 17in alloys, while upgrading to AMG Line gets you 19j=in alloys and a black ash wood interior trim. 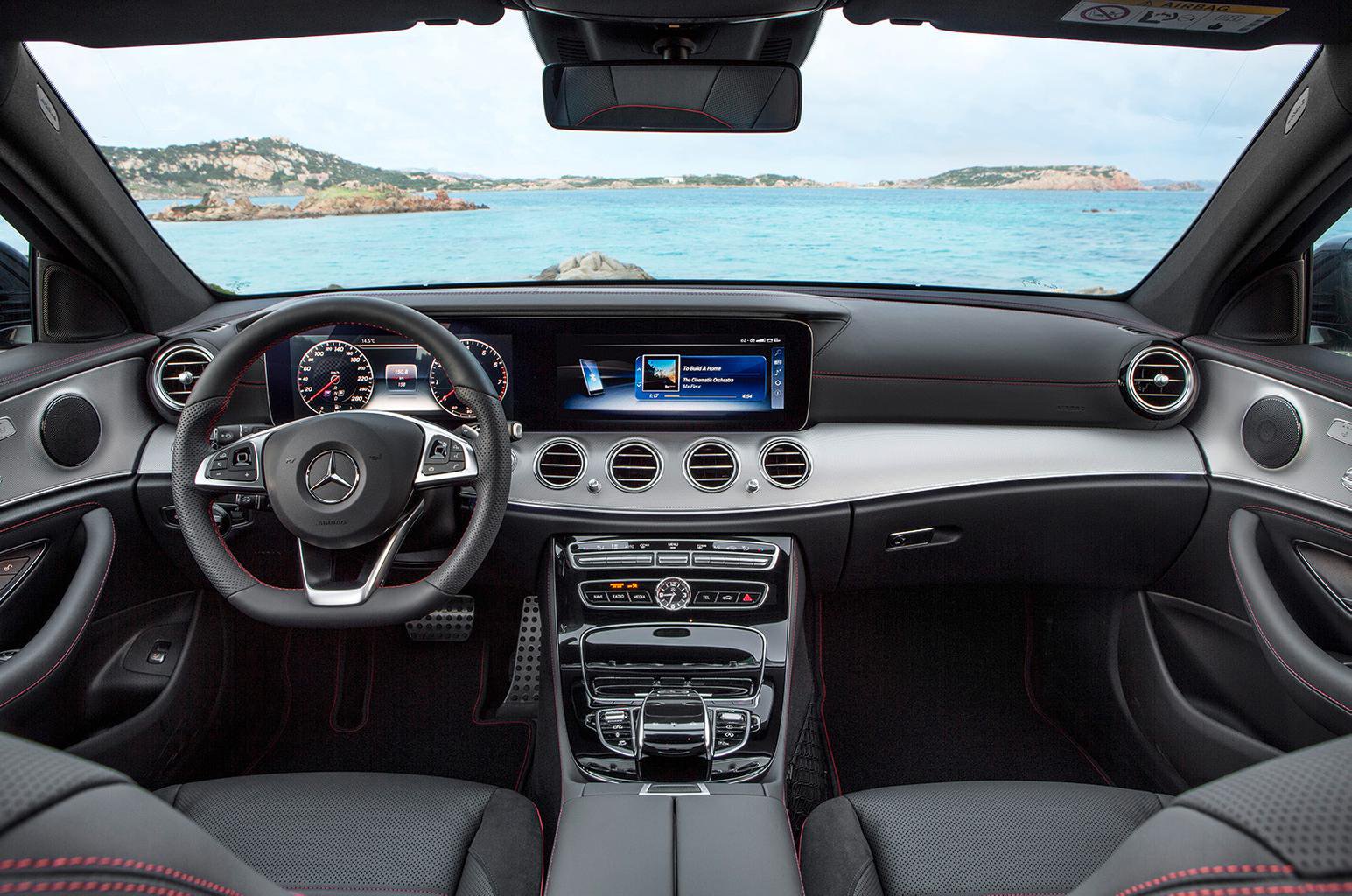 The entry-level E 220 d SE costs £37,935, while the AMG Line version of the same engine costs £40,430. Pricing for the faster engines will be released closer to their launch in October.

However, Mercedes will be trading on its premium image as justification for the raised price, and it’s worth remembering that Mercedes’ resale values are typically very strong, so you should get a decent chunk of your money back when it’s time to sell the car on. 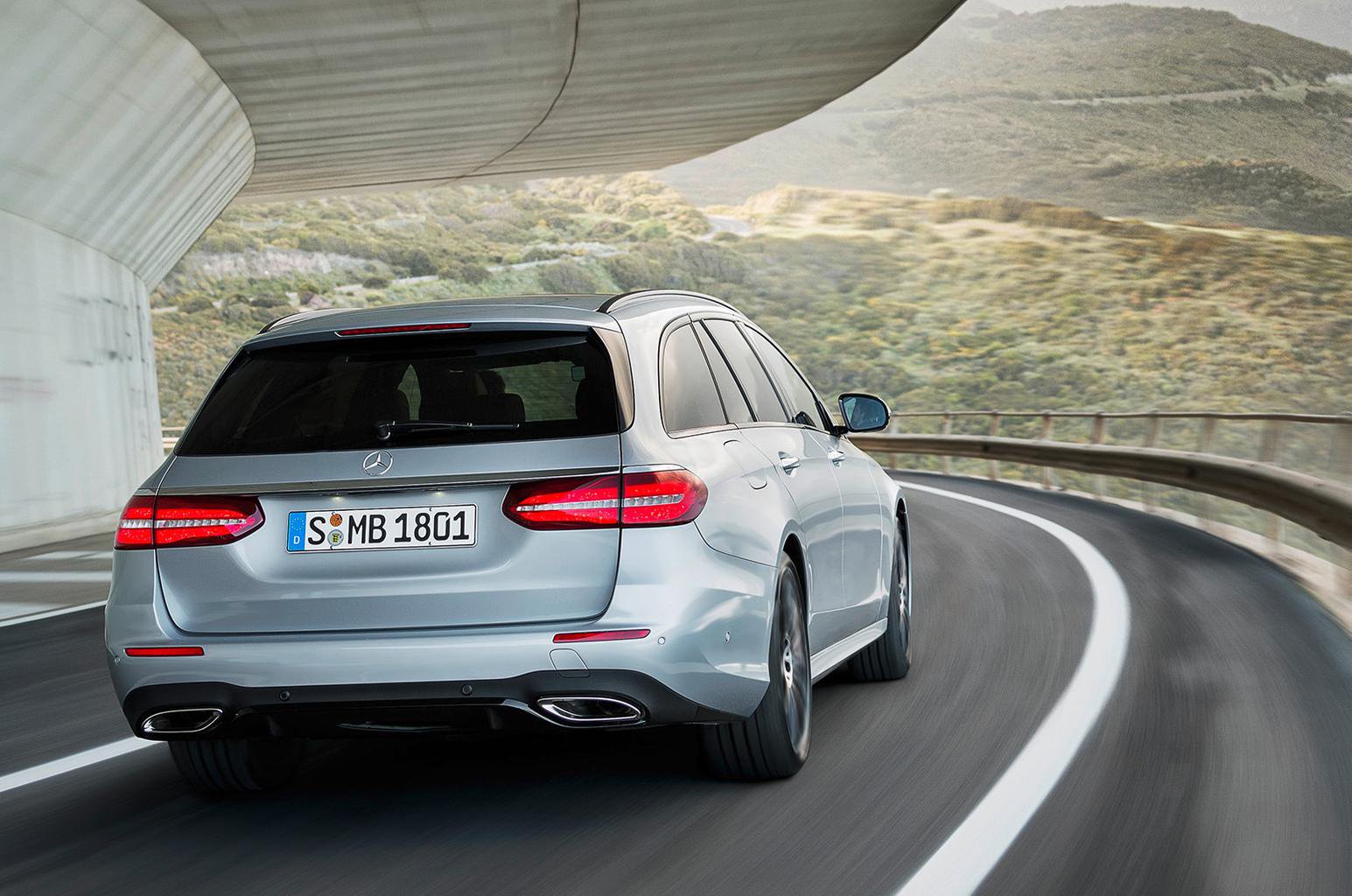 The Volvo V90 - very much the new kid on the block in this class - is a very strong contender, walking a fine line between luxury and practicality.

The Audi A6 Avant and BMW 5 Series Touring are both long-established models in this market, and both have their merits. The Audi offers class-leading refinement and a great interior, while the BMW majors on space and its superb driving dynamics.

Watch our video review of the current Mercedes-Benz E-Class Estate below.