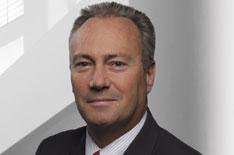 Buyers looking for cut-price deals on new cars won't find them at Ford, even if the economy worsens, said Ford of Europe chief Stephen Odell.

Speaking at the SMMT International Automotive Summit in London, Odell said that pricing in the new car sector is 'already pretty aggressive' and 'I will not chase business that doesn't make money'.

He added that Ford would rather sacrifice its top spot in the market than engage in a price war with other car makers: 'If someone beats us for a month [after] a year of unprofitable business, that's a hollow victory.'

The Ford Fiesta and the Focus are the UK's biggest-selling cars.