Peugeot's 508 SW aims to mix the svelte looks of the 508 executive car with the practicality of an estate, but is the result as appealing as it sounds? Our chief photographer is finding out...

Needs to Offer plenty of space for all my photography gear, provide a comfortable ride on long journeys and have a raft of equipment and modern safety tech

December was the final run-up to the 2020 What Car? Car of the Year Awards, so I was in charge of making sure every car that’s up for an award was booked, cleaned and photographed ready for the big night. This year, we had a studio booked in our top-secret photography location (just off the M40; if you hit Banbury you’ve gone too far), so I was tasked with ferrying plenty of camera equipment back and forth from our office in Twickenham.

That meant I got to test out the boot space and usability of my Peugeot 508 SW. I had previously been concerned that boot space might be limited due to its sweeping roofline and its surprisingly short stature (I stand head and shoulders above the roof.) But with the rear seats folded, I had plenty of room to store heavy lights, toolkits and even a stepladder with ease, presented in a useful square shape. That said, with the rear seats up, the Peugeot is still out-classed by the gargantuan Skoda Superb Estate, which has an extra 130 litres of space.

There was a problem with visibility, though; due to that raked roofline, the rear window is particularly small and shallow, so it’s difficult to get a clear view of the space behind the car when manoeuvring. I’m thankful that Allure trim comes with a reversing camera; even when the car was stuffed full to the roof with photography gear, I was still able to get a decent view of the space around me. 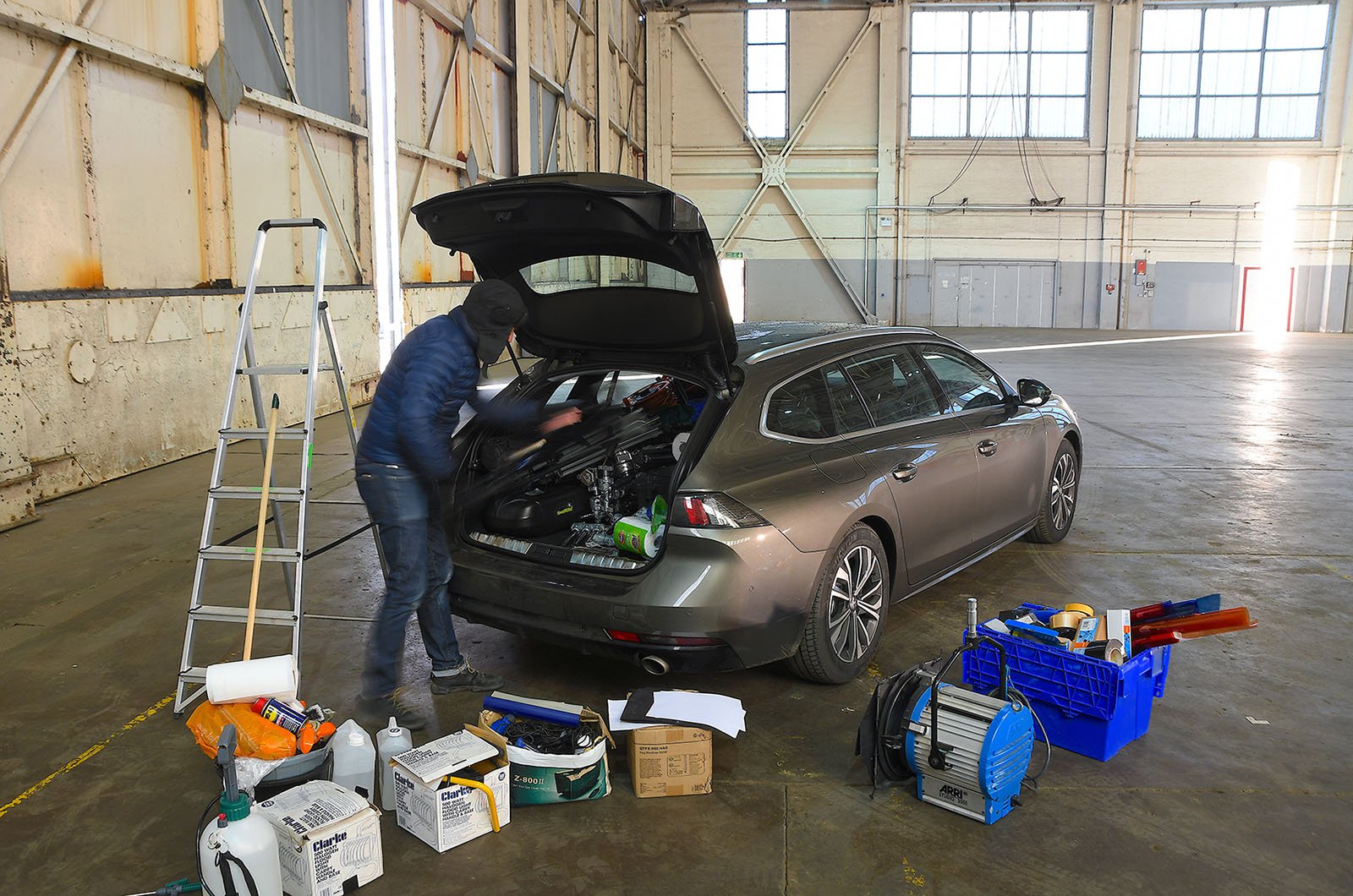 On the plus side, the 508 SW still drove impressively even when fully loaded. It didn’t feel unsettled and was just as agile to steer around country roads. Likewise, the turbocharged 1.6-litre petrol engine was plenty powerful enough to haul my load up the motorway without too much strain.

Another boon of my Peugeot is the heated seats; our photography base was particularly cold when we were shooting at the end of December, so taking 10 minutes to look through the photos while sitting in the car was a welcome treat.

I’m also getting used to the interior a little more; I've previously noted that the seating position is a little high and the centre console is rather wide and imposing, making you feel quite hemmed in. But I’ve grown to find it more cosseting than claustrophobic and it feels comfortable while you’re sitting inside. I’m still not sure about the small steering wheel and high-set digital dials, though; I'll have to see if I can overcome that niggle during my time with the car.

My main requirement with my long-term cars is their ability to work as a photography wagon, and during our busiest time of the year, the Peugeot has proved its worth in bucket loads (literally; I had three of them chucked back there for car cleaning). But maybe I’ll have to treat myself to a tip run or two in the new year to make sure of its load-lugging ability. 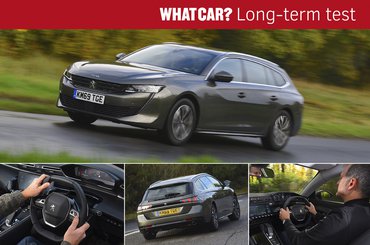 Peugeot's 508 SW aims to mix the svelte looks of the 508 executive car with the practicality of an estate, but is the result as appealing as it sounds? Our chief photographer is finding out