More for you |
Every 5-star car on What Car?Used test: Maserati Levante vs Porsche MacanNew issue of What Car? magazine on sale nowMost and least reliable small SUVsRevealed: the car makers whose discounts have got bigger since lockdown
Home
News
Pre-Budget Report details
news 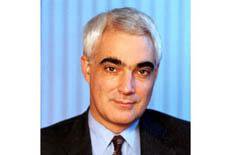 Here is how the Chancellor's Pre-Budget Report will affect motorists in the UK.

VAT cut to 15%, but fuel duty is increased
The Chancellor has confirmed VAT will be cut from 17.5% to 15% until the end of next year, coming into effect next Monday.

The cut will translate into a saving of around 2p-a-litre of petrol and diesel. However, Mr Darling has also said that petrol duty will be increased to help make up for the loss of revenue from cutting VAT.

Fuel duty will increase by 2p-a-litre from December 1, so when the cut in VAT is combined with the 2p-a-litre increase, motorists should expect prices to remain about the same as they are now.

VED road tax
The planned new bands for vehicle excise duty will be postponed until April 2010.