More for you |
Secrets of a paramedicWATCH: 2020 Polestar 2 review – better than a Tesla Model 3?Cars that are cheaper to buy on finance than with cashNew issue of What Car? magazine on sale nowBest used coupes for less than £10,000 (and the ones to avoid)
Home
News
Road safety cuts a 'false economy'
news

* Investing in safety saves billions * says Institute of Advanced Motorists * 50 billion saved over the past 20 years... 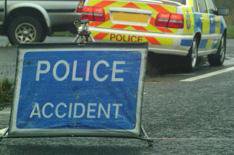 Cuts in road safety budgets could cost the economy billions of pounds, according to a report published today.

The study by the Institute of Advanced Motorists (IAM) claims that road safety targets planned between now and 2020 could potentially save the economy 4 billion.

IAM director of policy Neil Greig said: 'These staggering figures prove conclusively that investing in saving lives on the roads saves the country money so funding taken away from this area is a false economy.'

Mr Greig said it was important that public bodies spend their money with greater care to compensate for the reductions in budgets and to continue the progress the UK has made on road safety.

The IAM calculates that these improvements have prevented 31,000 road deaths and saved the economy 50 billion.