More for you |
The best large SUVs in 2021Most (and least) reliable luxury carsWATCH: 2021 Mercedes eSprinter van review with Edd China2021 BMW 128i review: price, specs and release dateUsed test: Hyundai i10 vs Kia Picanto
Home
News
School run on the decrease
news

School run on the decrease

* Rising cost of living hits parents * More than a quarter no longer use car * 19% of motorists buy bike for short journeys... 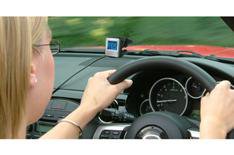 Fewer parents are driving their children to and from school but it's only because of the spiralling costs of living, rather than a growing environmental awareness.

That's the finding of a poll by price comparison website Usure.

More than a quarter of poll participants said that they no longer use their car for the school run and, of these, 79% said that their children now walk to school instead.

The financial crisis has reversed a trend in which the number of children being driven to school doubled over the past two decades. An estimated one in five rush-hour motorists participate in the school run.

The poll also revealed people are increasingly leaving their cars at home on other trips. In total, 78% of respondents said that they are walking more and 58% said that they were walking to see friends and family who lived locally.

Cycling has benefited, with 15% of motorists saying they have replaced four wheels with two on some journeys and 19% saying that they have bought a bike to keep costs down.