More for you |
True MPG: most and least efficient cars revealedConfessions of an AA technicianUsed BMW i3 vs VW e-GolfHow to spec a Jaguar XENew issue of What Car? magazine on sale now
Home
News
'Scrap road tax and increase fuel duty'
news 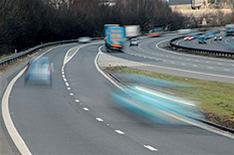 'I am opposed to road pricing in any form. Drivers already contribute about 50 billion a year to the Treasury and only around 7 billion is spent on the roads.

'Fuel duty and VAT on that duty produce more than 30 billion per year, which are directly related to road use, so people already pay as they drive.

'This proposal makes no mention of reducing fuel duty, so is clearly intended to extract more revenue from drivers overall.

'I am in favour of scrapping road tax and replacing it with a revenue-neutral increase in fuel duty, so that motoring taxes are related entirely to an individual's use of the roads.

'The scrapping of road tax in favour of the proposed 10p per mile charge would actually benefit drivers of large, thirsty cars and penalise those with small, frugal ones.

'Another major flaw with this scheme is the impact it would have on road safety. A 10p per mile charge on strategic routes would cause a degree of transfer of traffic away from motorways and dual carriageways - our safest roads - onto less safe minor roads, so accidents overall would increase.

'This was shown in a TRL study on the impact that road user charging would have on motorways in Kent (see reports TRL 352 and TRL 357). It is also apparent from the low usage of the M6 Toll Road that many drivers will avoid tolls where an alternative exists, even if it is more congested.

'There is also no mention of the infrastructure and running costs of the proposed scheme, which would run into billions of pounds and consume a significant proportion of the revenue generated.

'All road-pricing schemes would involve large costs, which would have to be paid before any extra revenue was produced. There is no possibility, therefore, of road user charging producing anything other than an increase in costs to drivers overall. It should be abandoned.
Malcolm Heymer