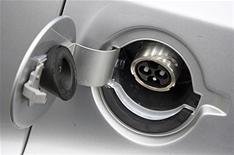 Tesla and Toyota are joining forces on a range of electric vehicle activity, while the Japanese company will also invest a significant amount of money in the electric car pioneer.

The companies will form a dedicated team to promote the development of new electric vehicles and technologies it will also review the production process for electric cars.

Toyota started to lease the plug-in version of its Prius hybrid late last year and plans to have an all-electric vehicle on sale by 2012.

Tesla is best known for its Lotus Elise-based Roadster of which more than 1000 have been delivered but it will launch its high-performance, five-seater Model S saloon within three years.

Mutually beneficial
Toyota company boss Akio Toyoda said: 'By working together with a venture business such as Tesla, Toyota would like to learn from the challenging spirit, quick decision-making and flexibility that Tesla has.'

Tesla boss Elon Musk said: 'It is an honour and a powerful endorsement of our technology that Toyota would choose to invest in and partner with Telsa. We look forward to learning and benefiting from Toyota's legendary engineering, manufacturing and production expertise.'

Toyota will invest $50 million to take a stake in Tesla, the same amount that Mercedes-Benz paid for a stake in the company in 2009.

As part of the deal, Telsa is also purchasing land in California owned by an old Toyota-General Motors joint centre and will set up a production facility there.