The small van sector is booming, so which one should you buy?... 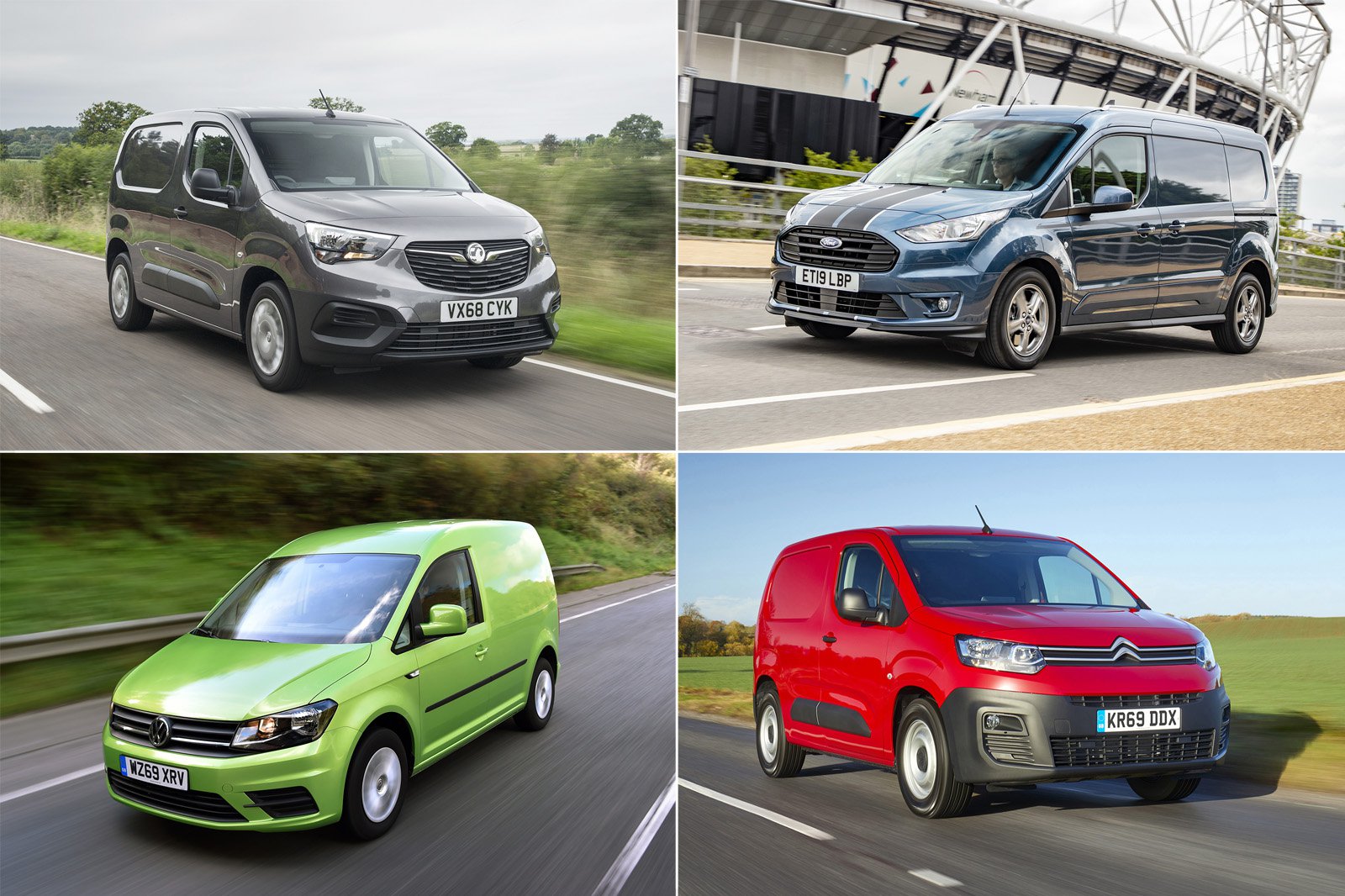 Towns and cities are increasingly busy places, so having the right light commercial vehicle to get you in and get the job done is ever-more important.

Small vans, or city vans as they’re often called, need to be compact in length to fit into tight spaces, but feature plenty of rear storage and a hefty payload allowance. The interior also need to be comfortable for when you’re stuck in traffic, while it also helps if they have an option for an automatic gearbox.

Furthermore, a good small van will have a reasonably powerful engine with plenty of low down torque to make pulling away from a standstill easier. As with all commercial vehicles, running costs need to be sensible along with the overall visibility.

We’re taking a look at the eight best small vans on the market, as well as the ones that should be avoided. 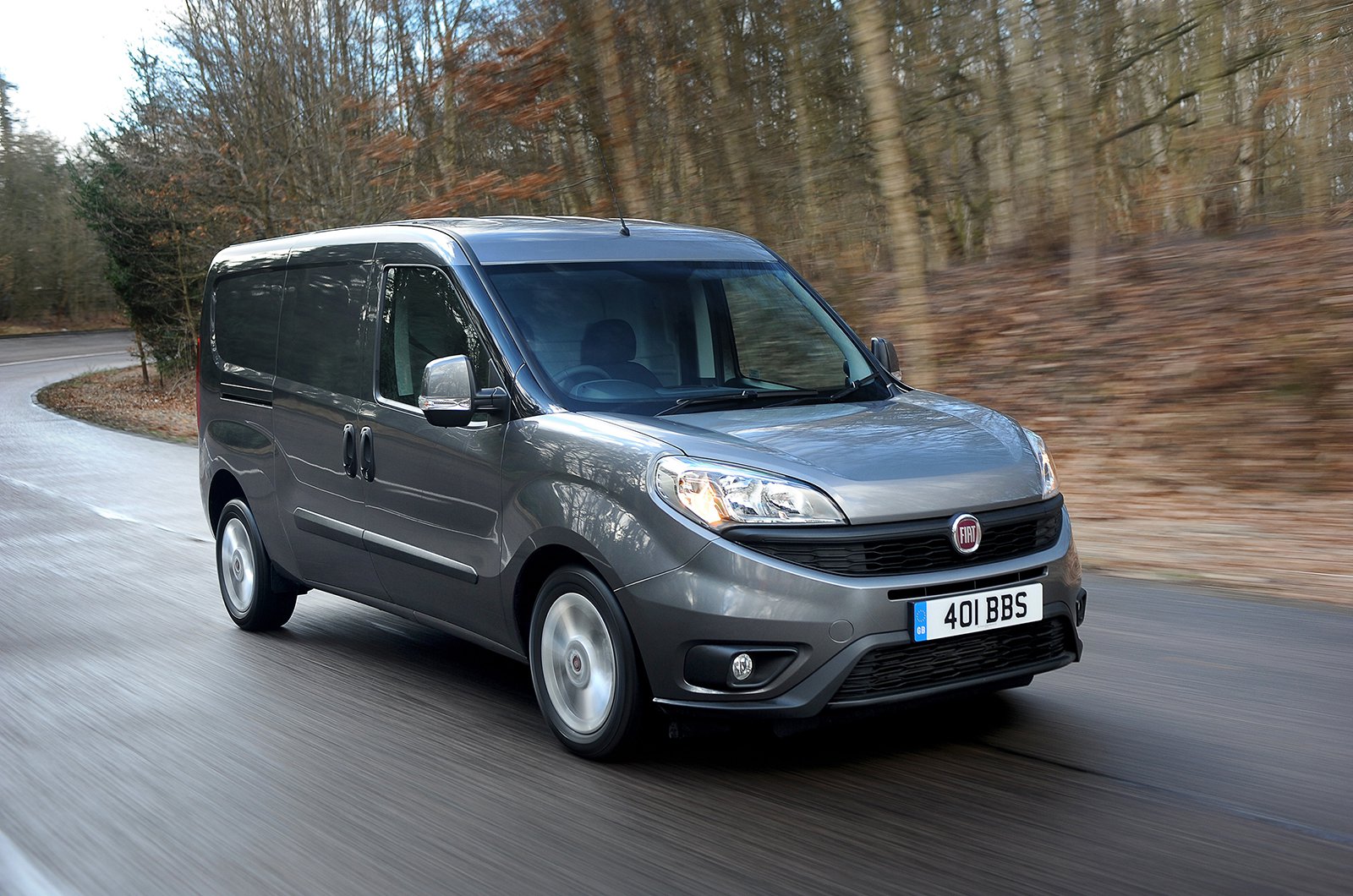 Fiat updated the Doblo Cargo some years ago, adding a new engine and an updated interior. Further engine improvements have since followed but, disappointingly, the all-new interior never made it out of Europe and to the UK. Sadly that leaves the Doblo looking a little tired.

On the plus side, it was the first small modern van to top a one-tonne payload and continues to lead the pack in its carrying capacity, especially if you can stomach the looks of the challenging Doblo Cargo XL variant. 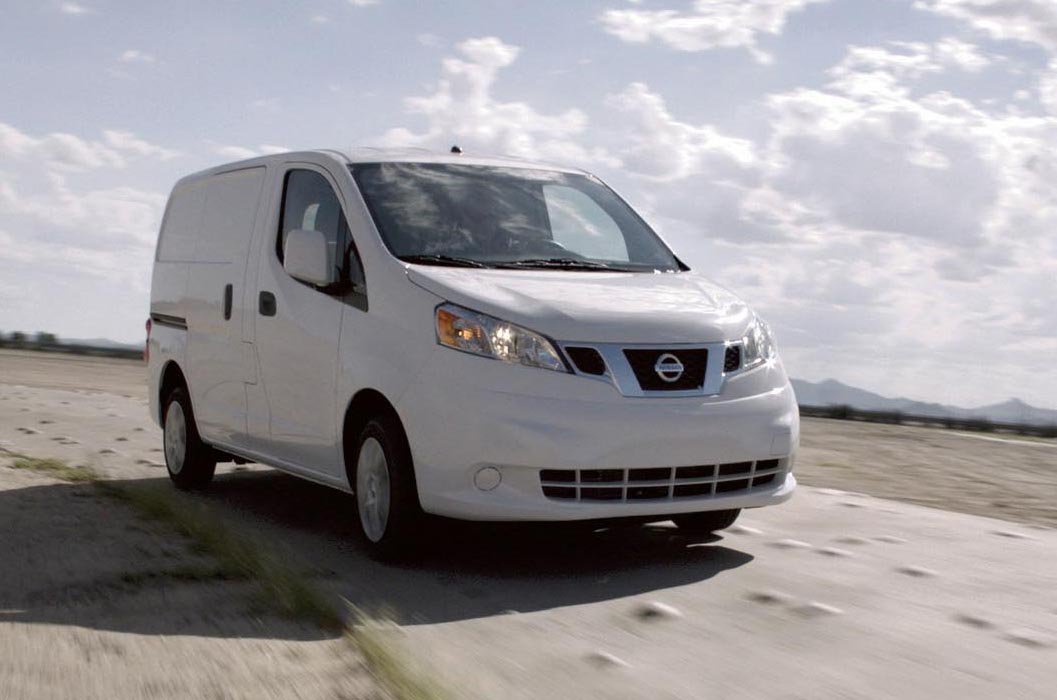 The Nissan NV200 has the footprint of a city van but the capacity of a medium van. Its higher than usual rear loadspace also makes this one of the best volume movers on the market. What's more, it is great to drive, despite its upright stature.

Act quickly if you want one though, as Nissan is replacing the NV200 with a new Nissan NV250 based upon the next generation Renault Kangoo, making this little city van’s unusual proportions a thing of the past. 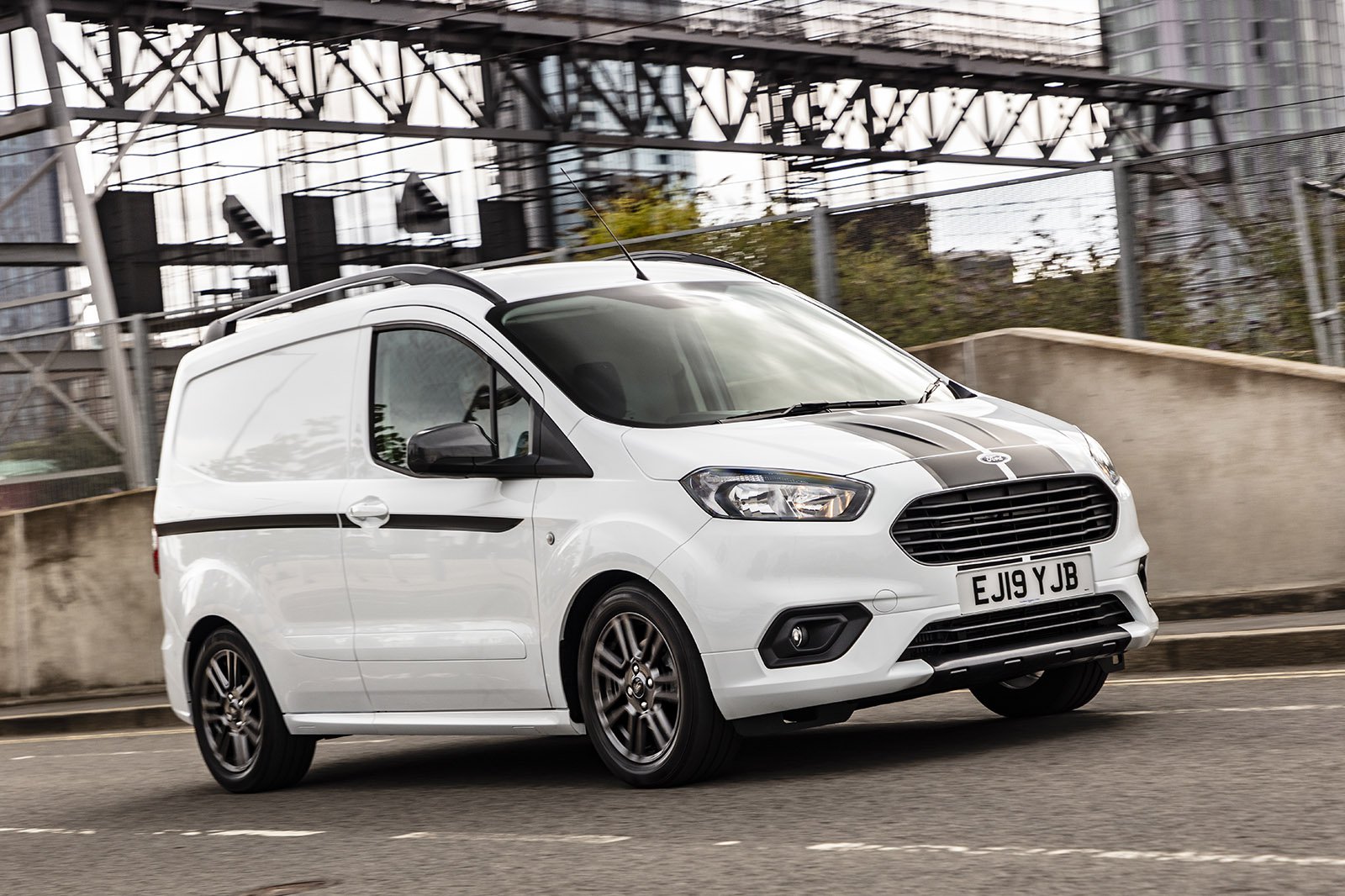 Not quite the smallest van in the Ford range (that honour falls to the Ford Fiesta Van), but the Transit Courier is certainly the smallest traditional looking van on sale in the UK.

It shares is underpinnings with the Fiesta, which makes it a first-rate van to drive, but more importantly its loadspace is three times the size of the car-derived Fiesta van. Excellent build quality, and particularly low fuel consumption make this microvan a great choice for anyone requiring only a small payload.

It has few rivals too, since the Citroen Nemo and Peugeot Bipper were discontinued and the Fiat Fiorino continues to be sold as the 2008 model – albeit with a facelift in mid-2016 and the addition of new Euro-6d engines in 2018. 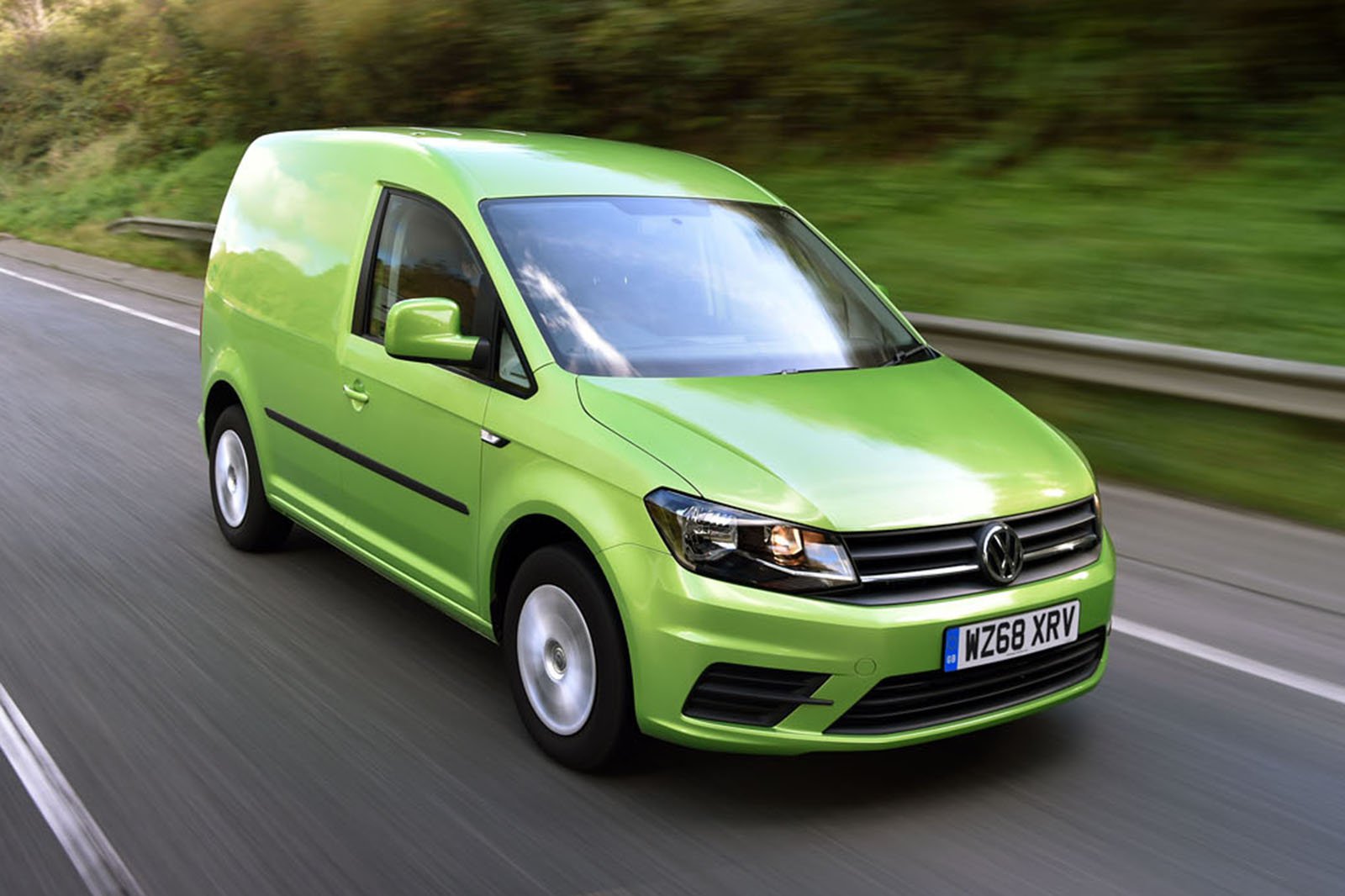 A real grandfather of the sector, the Volkswagen Caddy continues to impress despite nearing a full decade in production - although a facelift in 2015 has helped.

Now it is due to be replaced during 2020, but the Caddy still stands out for having a smart interior, excellent carrying capacity (especially with the larger Maxi version) and a range of smart safety equipment ideally suited for the city. It also has one of the best automatic transmissions in the small van segment. 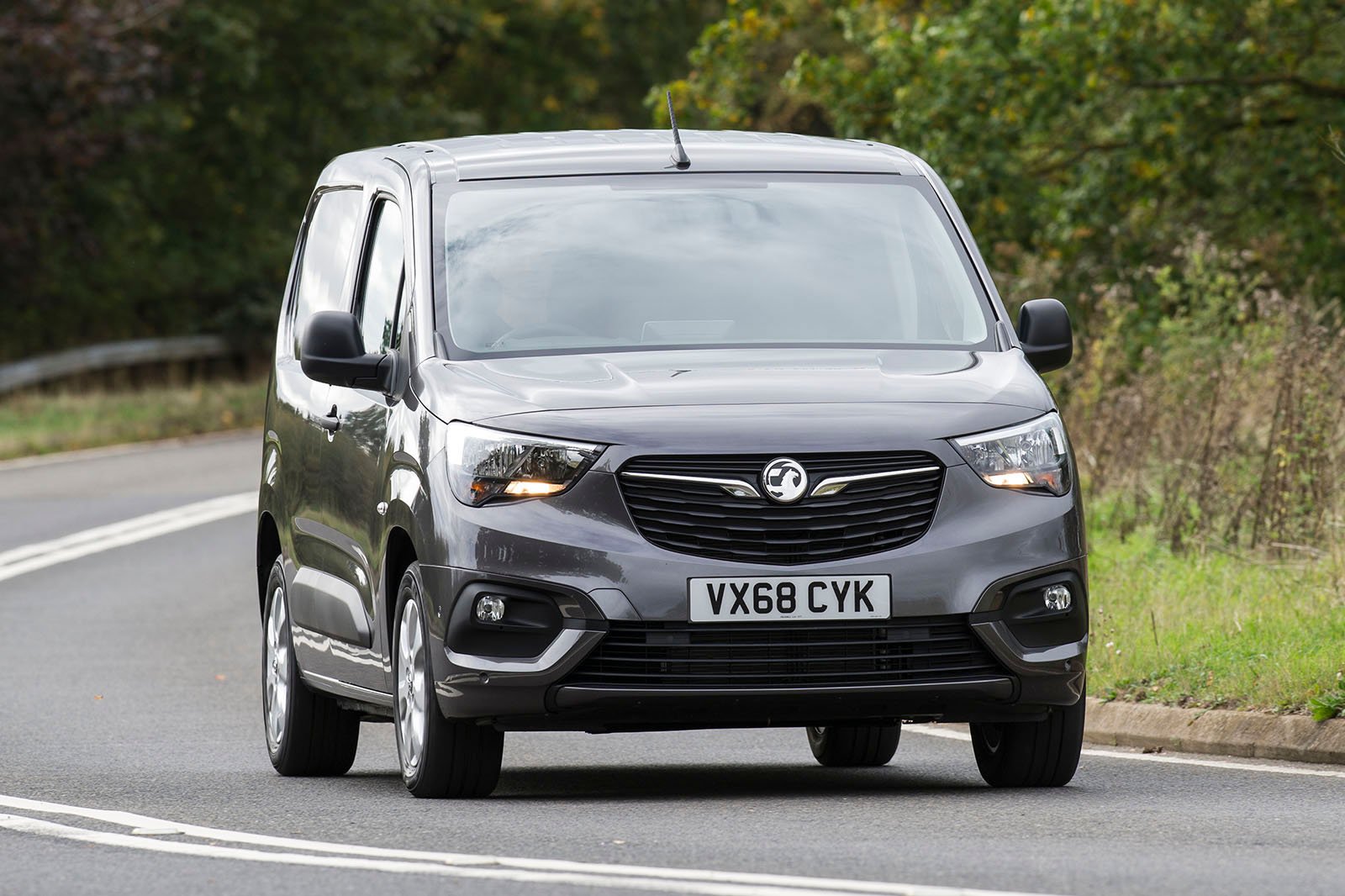 The new Vauxhall Combo is one of the best vans currently on sale, but shares a platform with the Citroen Berlingo and Peugeot Partner. Aside from being a great van to drive, with an economical engine and plenty of performance, it’s also well advanced for safety and comfort too.

Bundled packages make choosing the right specification of Combo far easier, and there are also options of advanced traction models and a superb automatic gearbox. Of the three shared-platform vans it is arguably the best looking, and certainly fits in well with the rest of the Citroen van and passenger car range. Overall it feels dynamic to drive and is packed with excellent safety equipment. 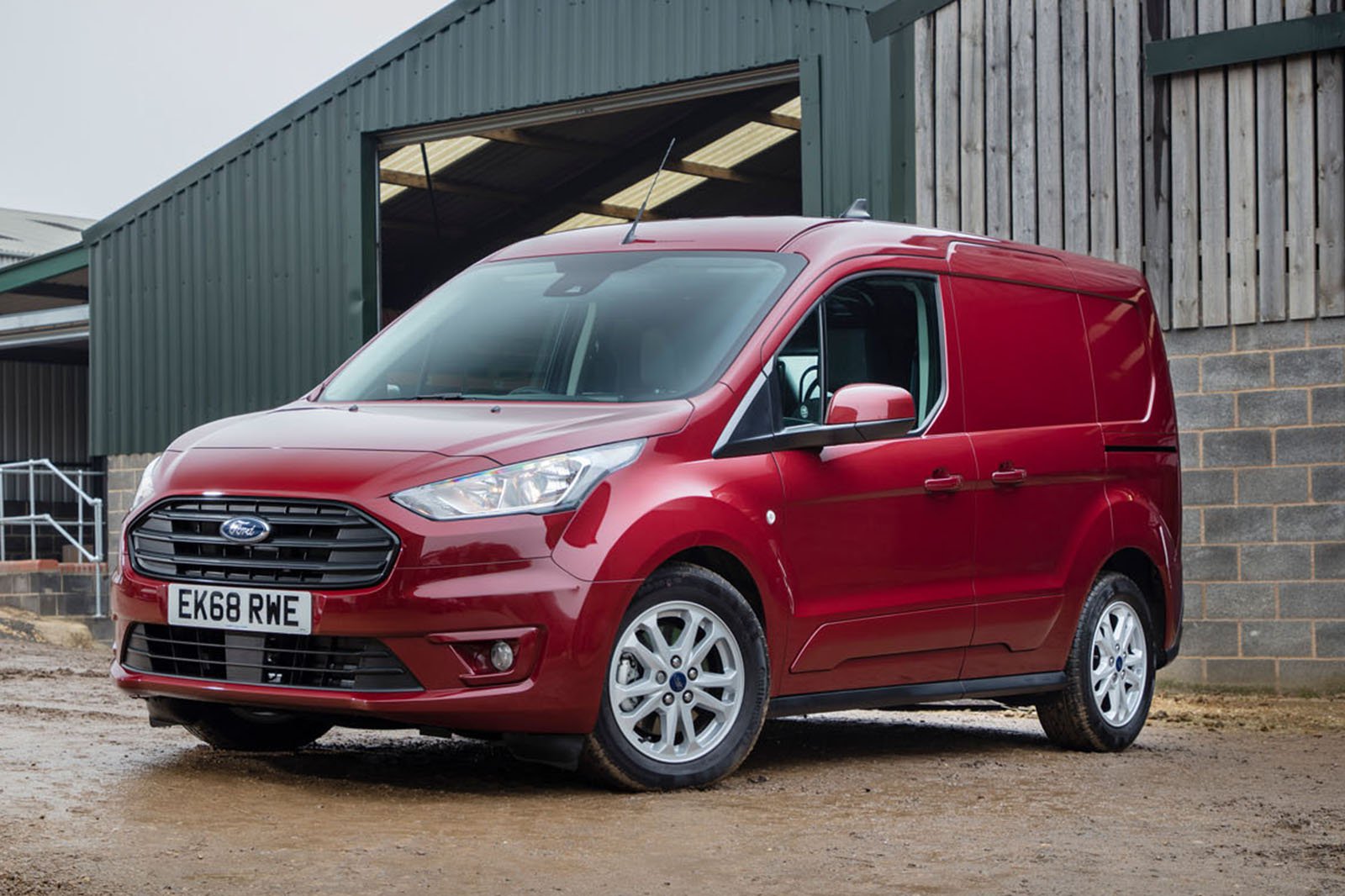 Like all Ford light commercial vehicles, the Ford Transit Connect is a well-rounded and impressive van. It is easily the best van to drive in the segment and has excellent payload and volume levels.

However, while not exactly let down by its interior, it is not to everyone’s taste due to its wealth of buttons.  It is comfortable and on the whole ergonomic, though. Build quality is also exceptionally high and the 1.5-litre engine is an excellent engine for the city.

Buyers can also select an automatic gearbox option as well as a 1-litre petrol engine, which is ideal for users moving lighter loads around the city. 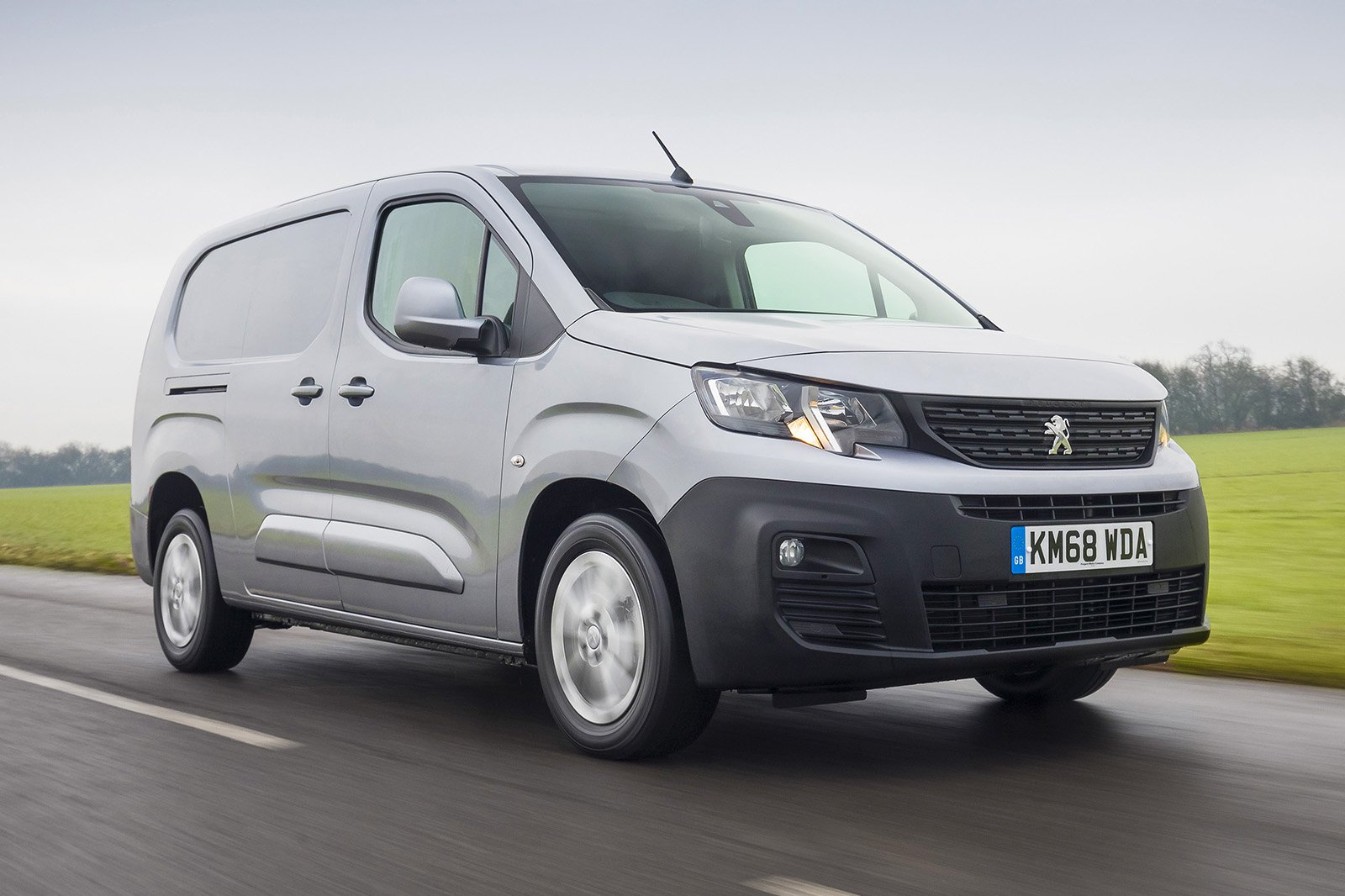 Despite being almost identical to the Citroen Berlingo and Vauxhall Combo, the Peugeot Partner is worthy of standing in isolation, not just because it looks different but because Peugeot has also morphed its celebrated i-Cockpit design to fit into the small van.

In a segment where the driver is often the sole occupier, and therefore the centre of attention, the i-Cockpit elevates the Partner above its siblings plus the Transit Connect. It’s comfortable, stylish and like the other two models, great to drive as well.

Its 1.5-litre diesel engine or 1.2-litre PureTech petrol option are both well matched for city environments and stop-start traffic or deliveries.

And the ones to avoid... 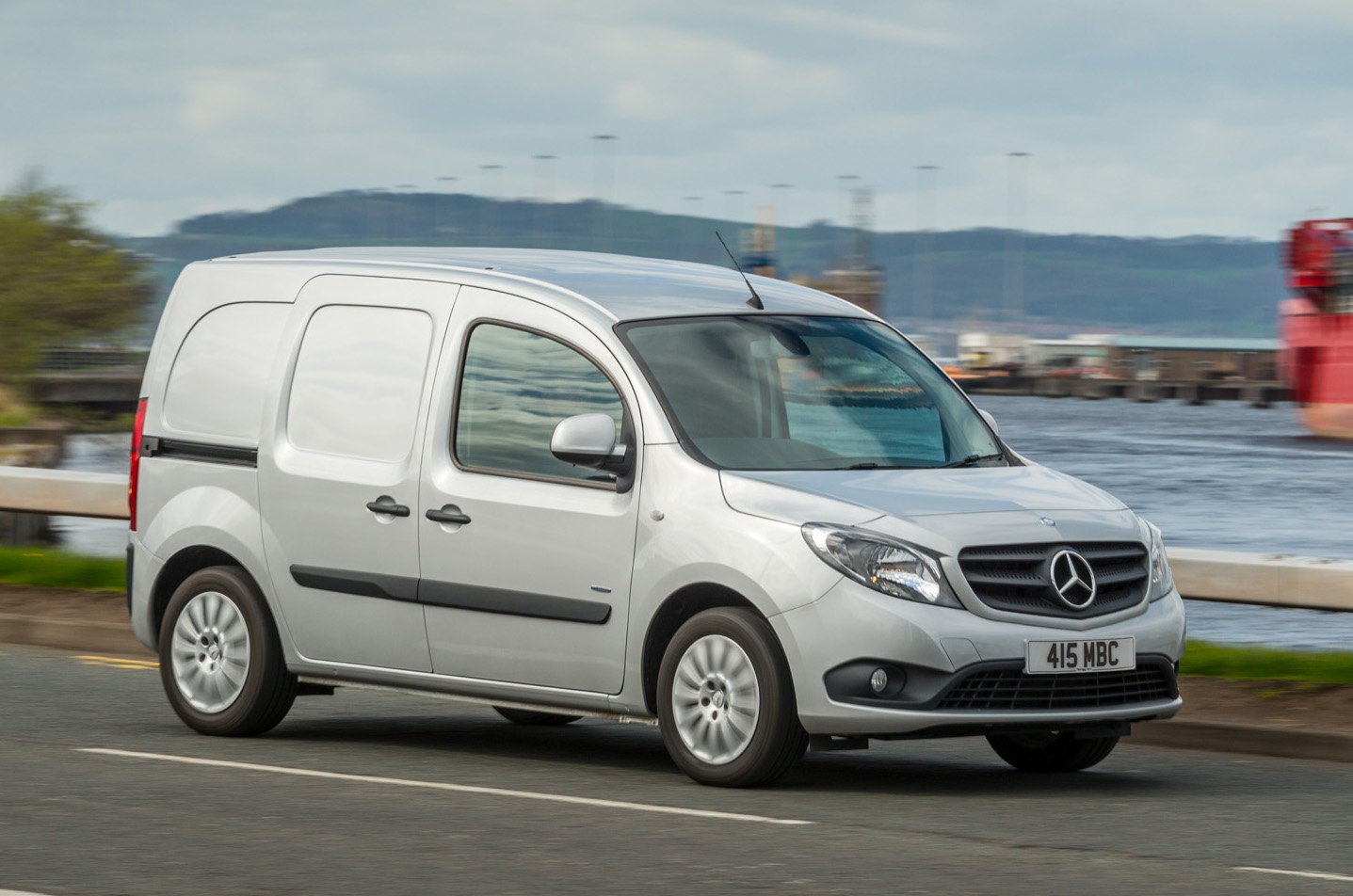 When Mercedes partnered with Renault to build a city van the result was - understandably - rather upmarket.

However, little has been done to update the Citan since its creation and as a result they’ve declined in popularity.

Odd quirks like the horizontal handbrake don’t enhance its appeal either, but it does ride better than its Renault Kangoo sibling. Mercedes pricing and Mercedes parts prices andlabour are also another reason to avoid the little Merc van for the time being. 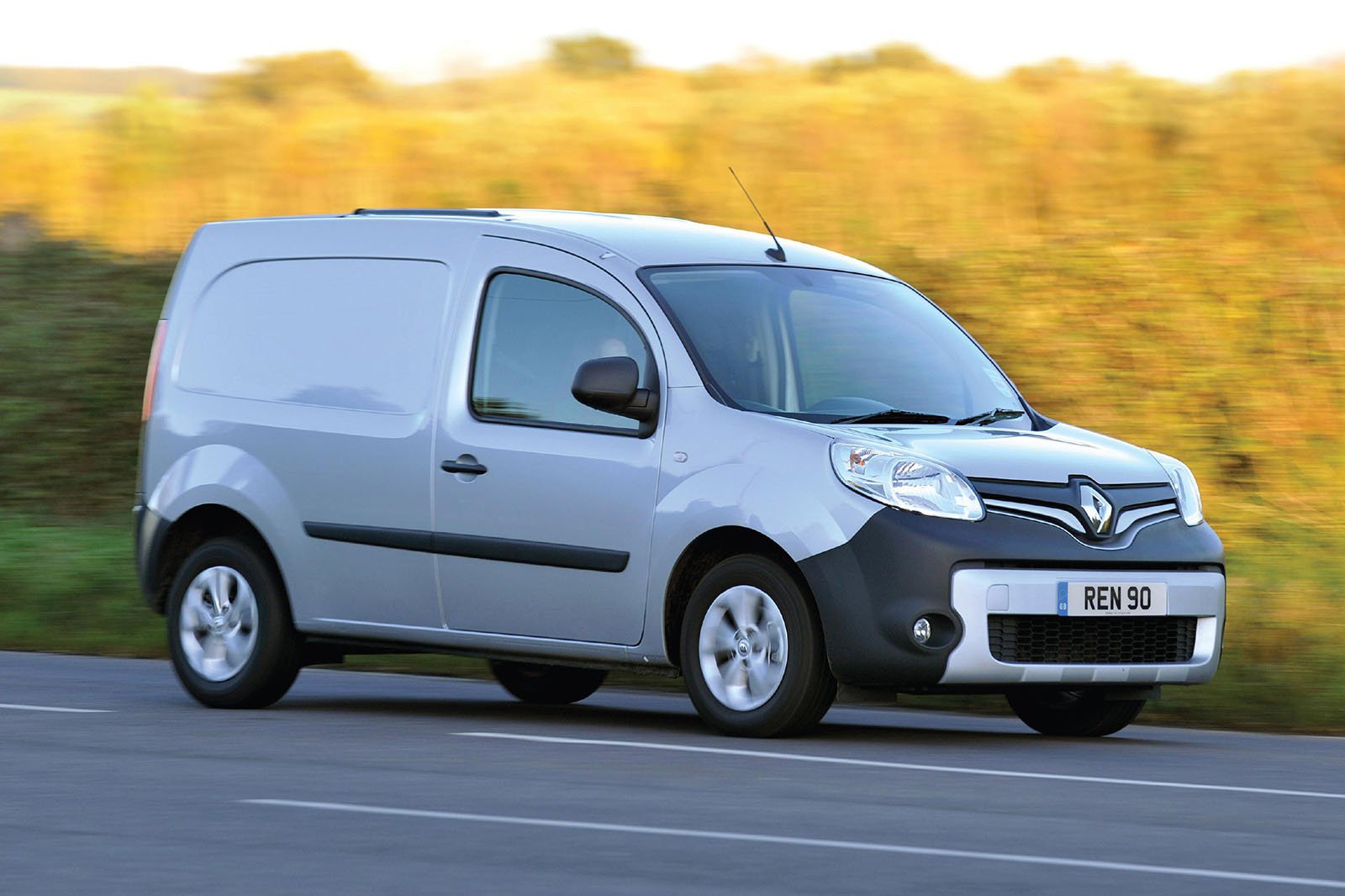 It might still be one of the best-selling small vans in Europe, but we’d avoid the Renault Kangoo until a new model is launched. While it does offer good value for money, almost everything about the little French city van feels dated.

Larger Renault vans are much more accomplished and when the Kangoo gets its update it will once again be a model worth mentioning.

With a great range of engines, excellent space and a vast arra...