* New 1.3-litre engine to be built in Wales * Production will start late next year * Investment worth 88 million... 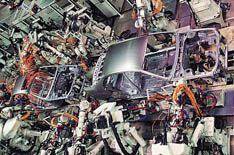 Toyota is to build a new 1.3-litre four-cylinder engine at its engine factory in North Wales.

This is the second major investment by Toyota in its Deeside plant in the past year. The 88 million cash injection brings the Japanese car makers total investment in North Wales up to 700 million.

The Welsh engine plant is one of two Toyota factories in Britain, along with Burnaston in Derbyshire. Between them, these factories employ over 4900 people.

The executive vice president of Toyota, Tokuichi Uranishi, said: This announcement recognises the quality of the UK workforce and demonstrates Toyotas confidence in our UK investment and continued effort towards local production.