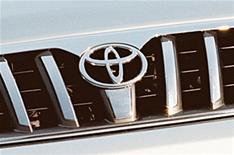 Toyota has predicted its losses for 2008 will be three times greater than expected.

The world's biggest car maker had warned in December that it would make an operating loss of 150 billion yen (1.3 billion).

That figure has now been tripled to 450 billion yen after a sharp fall in demand for its cars. The annual loss for 2008 will be the first incurred by Toyota in 70 years.

Falling demand combined with the strengthening yen has hit the company's exports. The company has also revealed that it made a loss of 164 billion yen from October to December.

Toyota has reacted to the fall in demand by cutting shifts at 17 of its 75 production lines around the world.