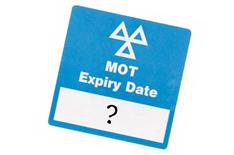 The annual MoT test will not be changed to every two years.

At present, all vehicles over three years old must undergo an MoT test each year, but the Government had considered proposals that new cars would not have their first test until they were four-years old and would be tested only every two years thereafter.

However, Transport Secretary Jim Fitzpatrick believes that, as the annual MoT test failure rate is already high (around 35%), there would be a risk that the number of un-roadworthy cars would increase significantly if the tests were every two years, and in turn that would lead to an increase in road casualties.

He said: 'Any significant increase in road traffic accidents or in the number of road casualties would be an unacceptable outcome and, for that reason, our view is that the MoT test frequency should remain unchanged.'