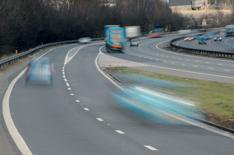 The AA is opposed to anything similar to the Dutch scheme being introduced in this country.

AA president Edmund King said: 'We conducted a survey and 86% of the motoring public said they do not trust our Government to deliver a fair system that would balance road charges with taxation cuts in other areas.'

The ABD and NAAT are other vociferous opponents of road tolls, believing they hurt people in remote areas who often have no option but to drive considerable distances.

UK drivers pay far more in tax than they get back in new or improved roads: they have become what Dr Malcolm Ferguson, of the Institute for European Environment Policy, calls 'the revenue-raising process in general'.