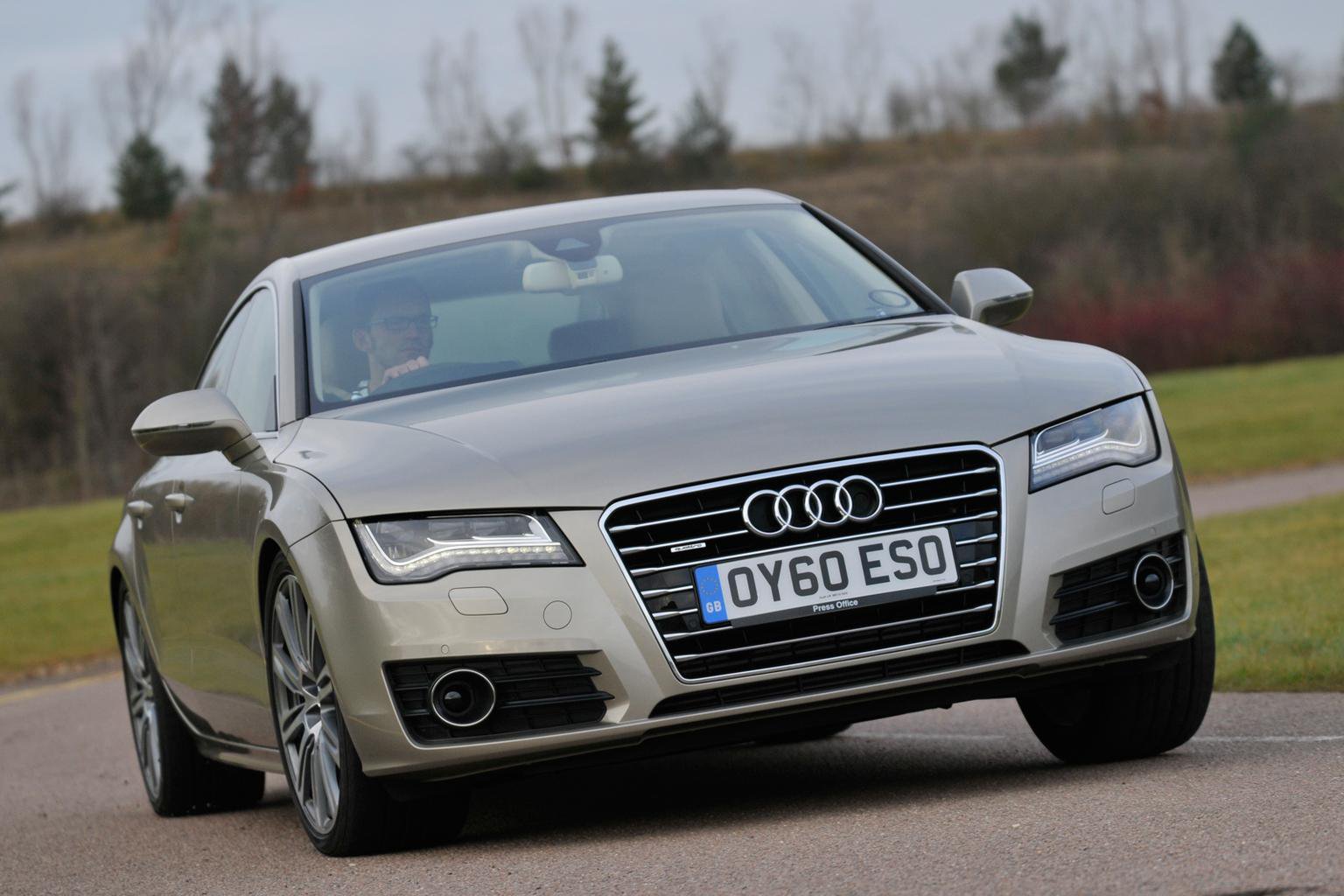 Audi launched the stylish A7 four-door coupe towards the end of 2010 to compete against the Mercedes CLS. It's just been face-lifted and is the latest model in the Audi range to receive the clever and frugal Ultra diesel engines. You can now buy a used version of the luxury sportback from £24,000.

Four- and five-seat versions are available and A7s come with automatic gearboxes, leather seats, sat-nav, dual-zone climate control, DAB digital radio, Bluetooth and a powered tailgate. You'll also find examples that have been generously kitted out with upgraded stereo systems, Google maps integration and even the ability to create their own Wi-Fi network.

Our pick of the range is the 3.0 TDI 204 SE. It comes with everything you could want and the diesel engine has more than enough power as well as the lowest running costs.

All A7s are good to drive, if not that exciting, and make great motorway cruisers thanks to the smooth engines and impressive levels of refinement.

Generally speaking, Audi A7s don't cause their owners too many headaches. Electrical gremlins are the cause of most of the complaints. The infotainment screen can stop working, while the driver assistance systems - such as the parking sensors and adaptive cruise control - can be overly sensitive.

Other issues include annoying rattles coming from the cabin. The main culprits are the infotainment screen that appears from the dashboard and the central armrest that can become loose.

Service intervals for the A7 are every 19,000 miles or every two years.

S7 models were subject to a recall to fix a problem with a fuel line that didn't affect regular A7 models.

Here's our pick of the best Audi A7s in the What Car? approved used classifieds:

This A7 has our favourite engine and popular S line trim which gets larger alloy wheels and firmer suspension. It's a 2011 car with four seats that's covered 37,000 miles and is on the market for £27,500.

Visit our Approved Used Cars finder to uncover hundreds of other choices from Trusted Dealers.