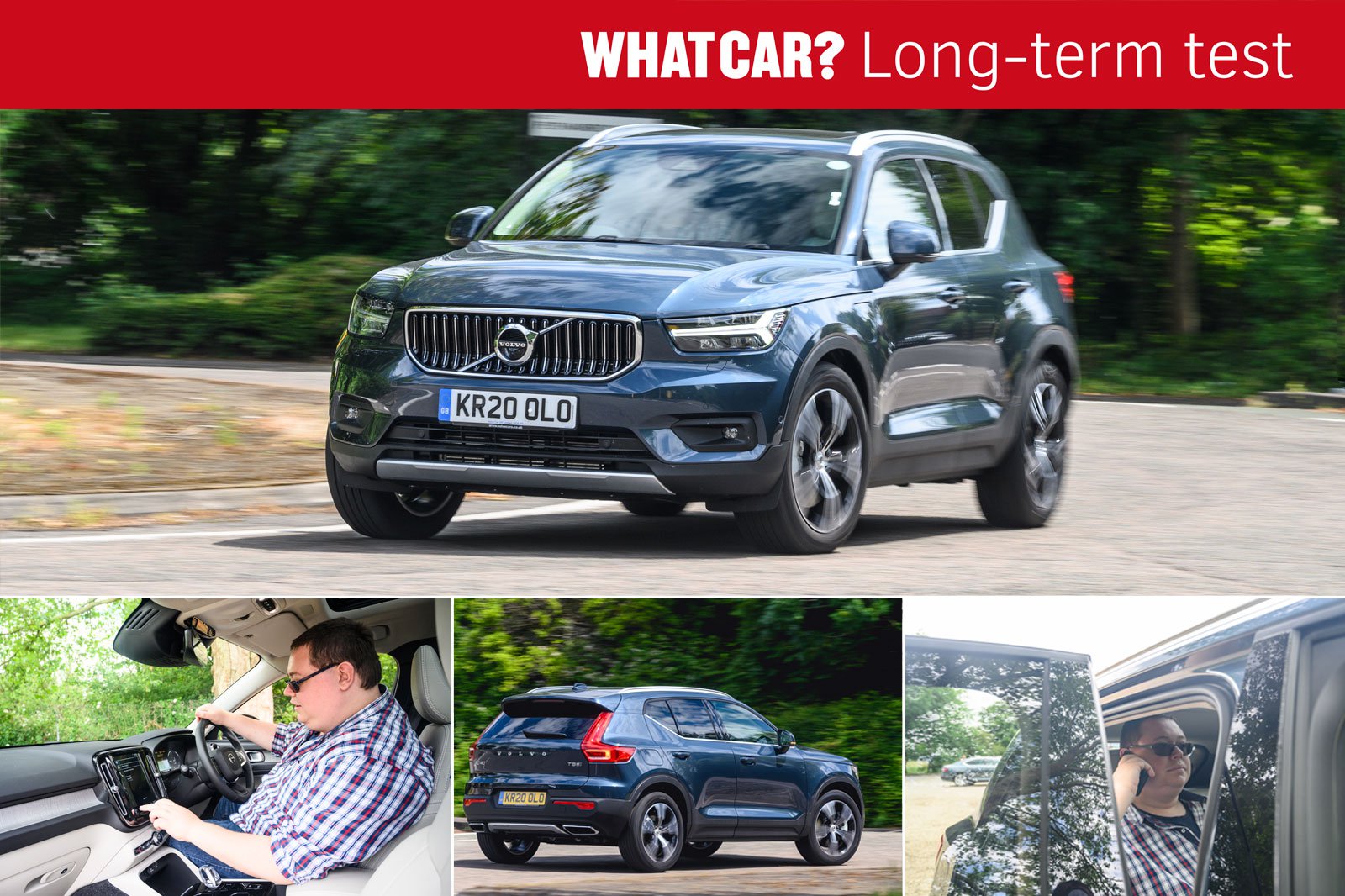 You don’t know what you got ‘til it’s gone isn’t just a catchy lyric in Joni Mitchell’s Big Yellow Taxi – it also describes perfectly how I feel now that my Volvo XC40 has left my driveway.

You see, in many ways the XC40 is my perfect car. It’s a fairly tall family SUV, so affords me a great view over the road ahead; it’s spacious enough to cope with friends, family, my weekly shop and the neighbour’s dog – sometimes all at the same time. And, being a plug-in hybrid, it offers a variety of power options. If these were normal times, I’d now spend a paragraph telling you how easily the XC40 could carry me into central London to the theatre, handily avoiding the Congestion Charge in the process, but this year has been anything but normal. However, while I haven’t been able to get to the theatre recently, the XC40 has still performed many local duties without sipping any petrol, instead running on its 81bhp electric motor.

I’ve become adept at plugging the car in every time I pop to the supermarket, smirking with satisfaction that in the time I’ve been browsing the aisles, an extra 10 or so miles of range has been added to my car, completely free of charge thanks to Volkswagen’s charging point partnership with Tesco. And when I have ventured further afield, I quickly became adept at scouting out the car parks which had charging points available.

The beauty of driving a plug-in hybrid, of course, is that when I couldn’t find a charging source and the XC40’s battery had run flat, I wasn’t up a proverbial creek. Instead, the car’s 178bhp 1.5-litre petrol engine took up the reigns and carried me onwards. Or, as was more normal, I’d leave the car to decide which power source would be best at any given moment and thus improve my fuel economy. I’ll be the first to admit, though, that with no easy access to a charging point at home, my opportunities to put fresh electricity into the XC40 were limited, and that goes a long way to explaining my final economy figure of 38.7mpg. 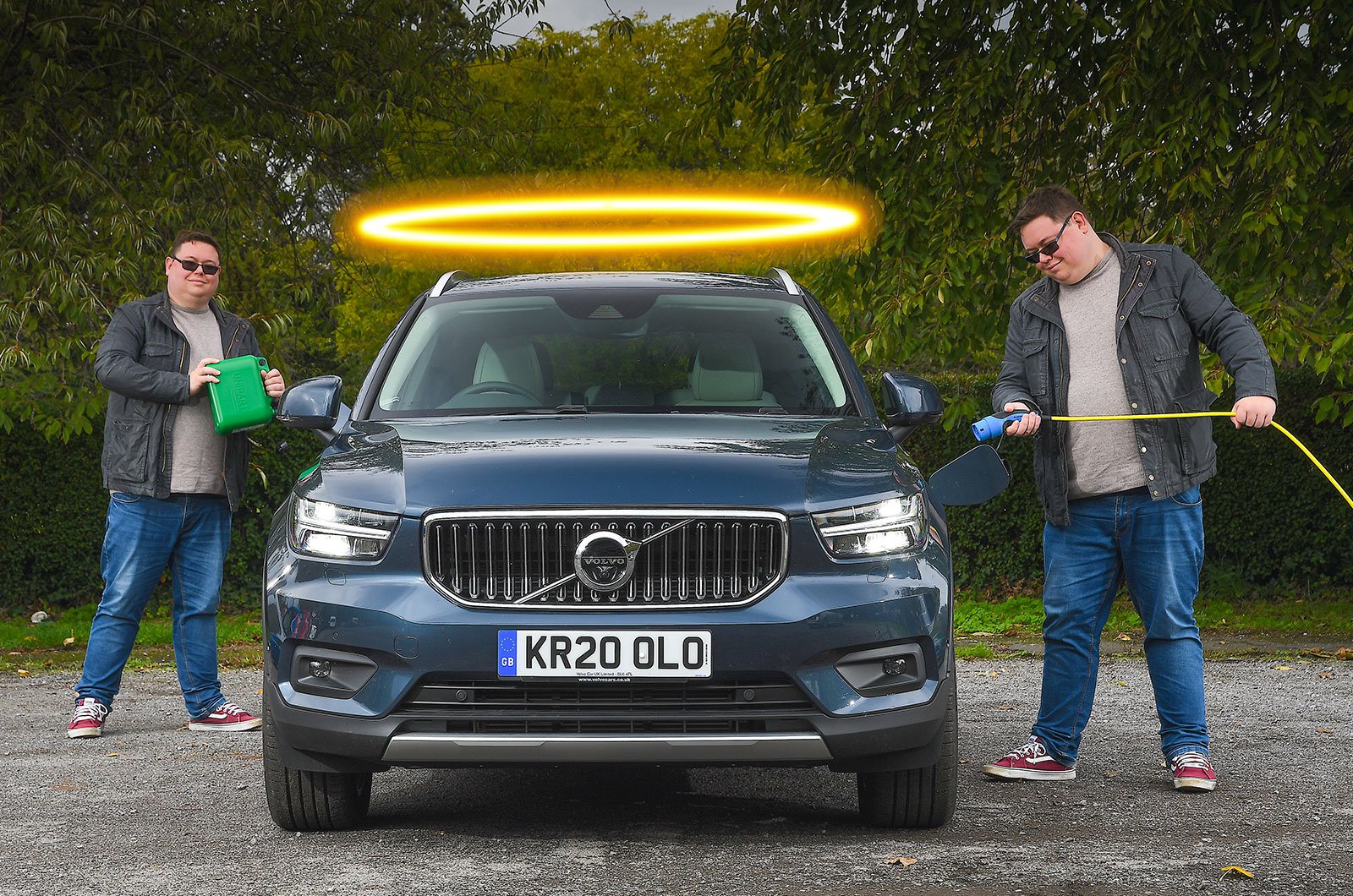 Switching between the two power sources could be smoother, and you’ll certainly notice when the petrol engine joins the fray. The seven-speed automatic gearbox doesn’t help, either, being hesitant to change down a gear when you put your foot down. The rival Ford Kuga PHEV is much better in this regard, and that car beat the XC40 to become our favourite plug-in hybrid large SUV in our inaugural Electric Car Awards.

The XC40's brakes, though, were my biggest bugbear. Just as in other electrified models, these use regenerative braking to send the energy that would normally be lost from slowing down back into the battery, but the feeling in the pedal is so inconsistent that stopping can be quite jerky. Despite four months of living with the car, I never really got the hang of it.

I’m a big fan of Volvo’s car interiors in recent times, and the XC40’s is still a joy to spend time in. I was initially annoyed that even changing the temperature required several prods of the infotainment touchscreen, but I quickly found that because the Volvo is so good at recognising voice commands, I could simply tell it what to do instead.

My family enjoyed the comfy seats, too, although both of my parents wished that the car’s rear windows didn’t slope so abruptly upwards at the back; this styling treatment robs smaller passengers of the view outside.

Looking back at the extensive list of options I ticked, I know that some were money well spent, such as the excellent Harmon Kardon stereo system and the wireless mobile phone charging, but that others, such as the Xenium Pack’s panoramic sunroof and self-parking system, could probably be seen as overkill. Certainly, Inscription Pro trim already had most of my kit needs covered.

The XC40 plug-in hybrid was by no means perfect, then, but it did slot very well into my daily life while also helping me to do my bit for the environment when I was able to keep its battery charged. Sliding back into its comfortable driver’s seat after a long day, or having driven lots of cars back-to-back, was always a welcome prospect. And though there were foibles, this XC40 has shown that a plug-in hybrid can still be an option for someone who can’t charge their car at home or at work. I will miss it dearly.