Volkswagen previews the cockpit of the future at the Consumer Electronics Show in Las Vegas... 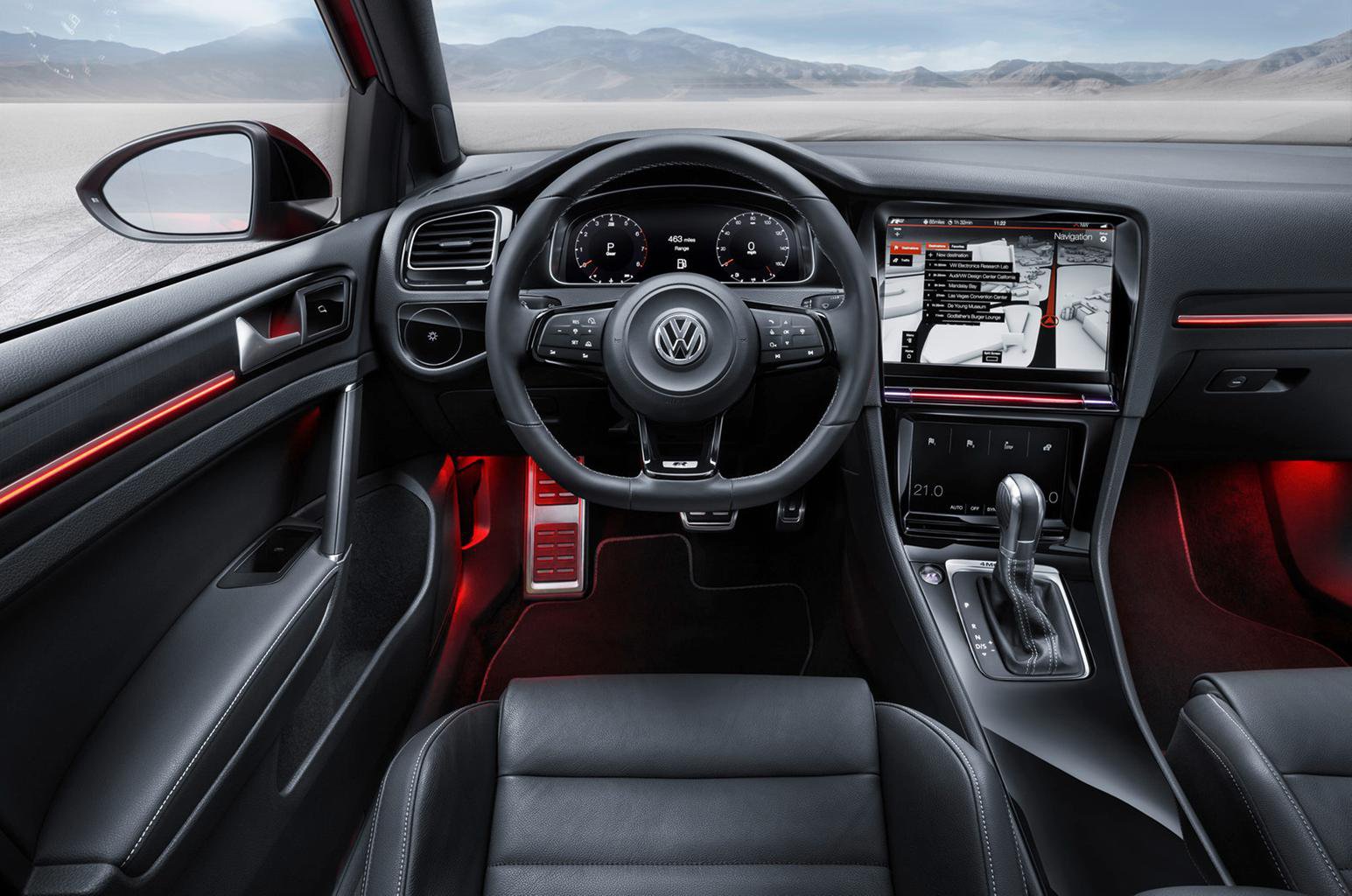 The Volkswagen Golf R Touch concept has been revealed at the Consumer Electronics Show in Las Vegas.

The production-based five-door concept shows ideas that Volkswagen's design team is currently pursuing for the dashboard layout of the company's future models. The programme is intended to dispense with traditional controls and bring the operating experience more into line with modern day electronic kit such as smartphones and tablets.

The CES Golf is fitted with three separate display units set within a modified version of the standard Golf R’s dashboard and showcases a combination of both gesture and touch controls.

VW says the concept is aimed at providing safer and more intuitive controls while also providing the scope for added personalisation through a wider combination of colours and graphics.

It features a 12.8-inch high-resolution touch-screen that controls the infotainment system in the upper part of the centre console. Beneath it is an 8.0-inch display that houses controls for the vehicle settings, air-conditioning and other controls.

Also featured on the Golf R Touch is a 12.3-inch digital instrument panel, or Active Info Display as Volkswagen has dubbed it, similar in style to that offered as an option on the new Passat.

A further highlight is a gesture control unit that uses a 3D camera mounted within the roof lining. When the driver touches the roof the digital controls for the sunroof appear in the main 12.8-inch display.

A similar gesture control also provides adjustment of the seats. When your hand runs along the side of the seat, the adjustment controls appear in the upper central monitor, allowing the driver and front seat passenger to alter their seating position via the digital display.

As part of Volkswagen efforts to provide greater personalisation possibilities in future models, its designers have provided the Golf R Touch with an extensive choice of displays and colour schemes, including a welcome display when it is opened and started, and a shut down display when the car is switched off. The ambient lighting is claimed to provide the scope for no fewer than 16.7 million different colour combinations.