Way back in 2011 something of a revolution occurred when Nissan launched the first Leaf. This rather unusual looking family car shocked us all. It was purely electric, with zero tailpipe emissions, and its range, and everything else about it, was good enough to make it – for some people – a viable alternative to a conventionally powered car. Indeed if it fitted in with your lifestyle, there was little else to rival it, and it soon became the world’s best-selling electric car.

By the time this second-generation version was introduced, in 2018, the idea of an electric car had really charged the public’s imagination, and a number of newer rivals had been introduced in the wake of the original Leaf’s success. Not surprisingly, this heavily revised model upped the game, with a sleeker design, more power and a bigger battery that offered a much-increased range. It was more high-tech, more sophisticated and even more appealing, all in an effort to ward off that younger and fresher competition and to keep the Leaf at the top of the tree: practical, easy to operate and exciting to own.

To that end, there are two power and battery pack combinations you can find in the leaf: a 40kWh battery with a 148bhp electric motor; or a 62kWh pack with a 214bhp motor. Like a number of electric cars, the Leaf has instant acceleration away from a standstill. The least powerful version has a 0-60mph time of around eight seconds, much nippier than its main rivals, the Renault Zoe and the Volkswagen e-Golf. You actually need to be a bit gentle with your right foot when accelerating out of junctions in the 214bhp model, or you’ll spin the front wheels.

Lift off the accelerator and you’ll feel the regenerative braking take effect, especially in e-Pedal mode, which slows the car down without your needing to touch the brake pedal. There’s also the more gentle regenerative braking of B mode (this is selected with the gear lever), and both harvests energy that would otherwise be wasted, to replenish the battery when you apply the brakes.

Meet a corner and the Leaf remains fluent: there’s little body lean and the steering is well weighted. Grip is good, too, and while its handling won’t inspire keen drivers, it’s reassuringly safe and secure. The ride comfort is generally very good, too, with only larger bumps catching the Leaf out. In terms of refinement, the e-Golf is better, but the Leaf still impresses. Obviously, there's no engine noise to disturb the calm, hoewever, a little wind and road noise do make their presence known, and the suspension can make the odd clunk too.

You sit high in the driving seat of the Leaf, so visibility generally is good, although the over-the-shoulder view is hampered by the large rear pillars. Fortunately, a rear-view camera is standard on all trims. The dashboard is logically laid out and is pleasing to the eye, and you’ll get a 7.0in touchscreen that’s mostly simple to use, thanks to big icons and logical menus. The physical shortcut buttons that flank the display make it easy to hop between functions. Some of the interior plastics feel a little cheaper than cars like the e-Golf, for example, and the buttons and switches not quite so reassuring.

Space is good up front, but the steering wheel is only adjustable up and down, not in and out, meaning some may find they can't get the right driving position. Rear head room is a little limited by the swooping roofline - anyone taller than six foot will find themselves with a crick in the neck. The Leaf’s boot is longer than some of its rivals, but it is scuppered by rather a large loading lip. 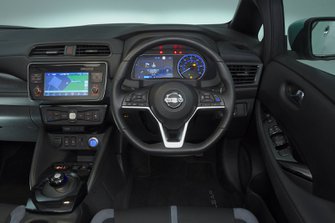 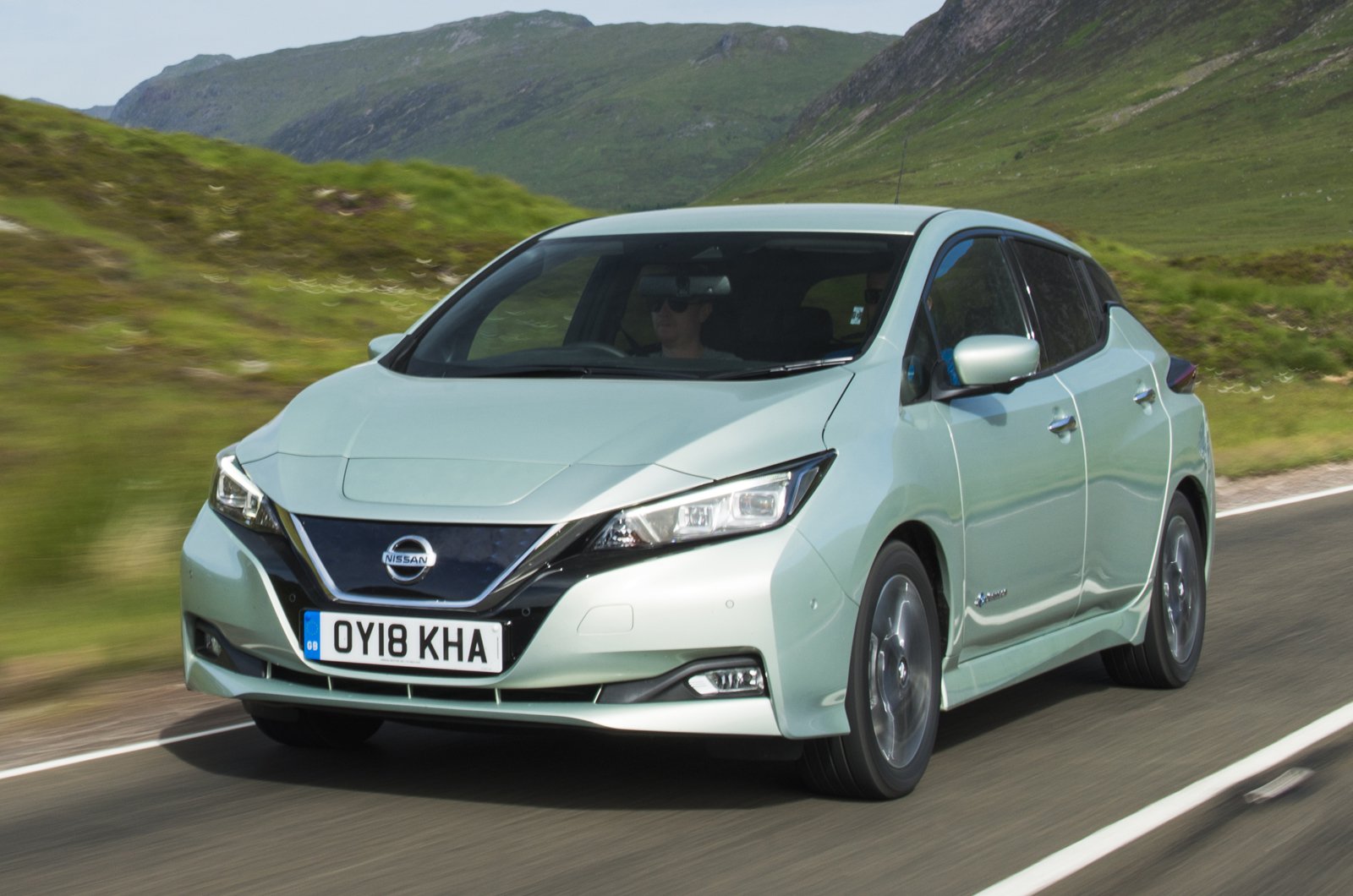