We'll begin our run-through of the 508 SW's engines with the Hybrid 225 plug-in hybrid. This combines a petrol engine with an electric motor and offers an electric-only range of around 39 miles, putting it in direct competition with Volkswagen's impressive Passat Estate GTE as well as the Skoda Superb Estate iV. When running on electric power alone, progress in the 508 SW hybrid is brisk, quiet and relaxing. However, when the petrol engine kicks in – once the battery is depleted, or if you are particularly enthusiastic with the accelerator pedal – the transition isn’t completely seamless. There is a slight jolt as it awakens, but only in sudden, hard acceleration is it noticeable to the point of being frustrating. In normal driving it shuffles between the power sources smoothly. The hybrid ties with the 2.0 BlueHDi 180 diesel as joint quickest 508 SW in the lineup, but isn’t as quick as its Skoda and VW plug-in rivals.

If you prefer diesel power, the 2.0 BlueHDi 160 is your best bet. With 161bhp, it’s not much slower than the Puretech 180 but has a lot more torque, so it pulls harder from low revs – useful if you’re doing lots of load-lugging. The 175bhp BlueHDi 180 is only available on the highest trim levels, so given its minimal increase in performance, we wouldn’t bother.

Meanwhile, the 1.5 BlueHDi 130 feels underpowered to the point that you'll find overtaking or joining a motorway more stressful than it should be. And, because you have to work it hard more often to keep pace with traffic, it’s noisy, too. That noise does subside to a background hum at motorway speeds, but, if you need a burst of acceleration, you have to floor the accelerator to get any reaction from the engine, only to be rewarded with disproportionately more noise than the acceleration seems to merit.

The 179bhp Puretech 180 petrol is our pick of the range, though. It's smooth, responsive and a more spirited performer than the diesels. It doesn't pull quite as well as the diesels from low revs, though, so needs working a bit harder and the automatic gearbox tends to grab a lower gear as soon as you brush the accelerator. With 221bhp, the Puretech 225 brings a noticeable amount of extra oomph but not enough to warrant its heftier purchase price (it's available only with the highest trim levels) and increased running costs. Although both petrol engines sound rather coarse under full acceleration, they all make quiet companions at cruising speeds.

Because they don’t have to be worked anywhere near as hard, the 2.0-litre diesels are far quieter and smoother than the smaller unit. Even so, you will feel a few vibrations through the floor that aren't present in petrol-fuelled models. Every 508 SW is prone to noise from its tyres, though, and wind noise is always present.

The 508 SW has a firm suspension set-up that helps it to resist body lean reasonably well, and it grips like a limpet in corners. Despite having fairly quick steering, though, it doesn't match precision of rivals such as the BMW 3 Series Touring –  you end up sawing at the steering wheel quite a bit and the Peugeot never feels particularly agile or fun.

Adaptive suspension is standard with all engines apart from the BlueHDi 130. It’s linked to four driving modes: Eco, Sport, Comfort and Normal. Comfort tends to introduce a floating sensation over the crest of bumps at higher speeds, while Sport increases the steering weight and stiffens the dampers to the point of being almost unusable on a bucking B-road. In other words, you'll probably just leave the car in Normal 99% of the time. No matter which setting is engaged, though, the 508 SW fidgets over road imperfections at all speeds; the Skoda Superb Estate is far more forgiving of poor surfaces. The ride improves a little on smaller wheels, but not by enough to make them a must-have.

The automatic gearbox can be hesitant around town (not helped by an intrusive engine stop-start system) but is otherwise impressively smooth and quick in its operation. By contrast, the six-speed manual that's standard with the BlueHDi 130 diesel is disappointing, with a long, notchy shift action. You can have the BlueHDi 130 as an automatic, but its tardy response, combined with relatively low engine power, can frustrate when you need to accelerate onto a busy roundabout.

The eight-speed automatic gearbox is standard on all other models. It’s generally impressively smooth and responsive in its operation, but can be hesitant around town (a failing that isn’t helped by an overly intrusive start/stop system). When paired with the hybrid engine, it gets particularly flustered if you ask for a sudden burst of acceleration – it can dither when trying to decide on a gear.

It’s worth knowing that in order to charge your hybrid 508’s battery at full speed from a 7kW wallbox charger, you’ll need to pay extra. If you do it’ll get a full charge in two hours, otherwise the best it’ll manage is four hours, or eight hours from a domestic three-pin plug. 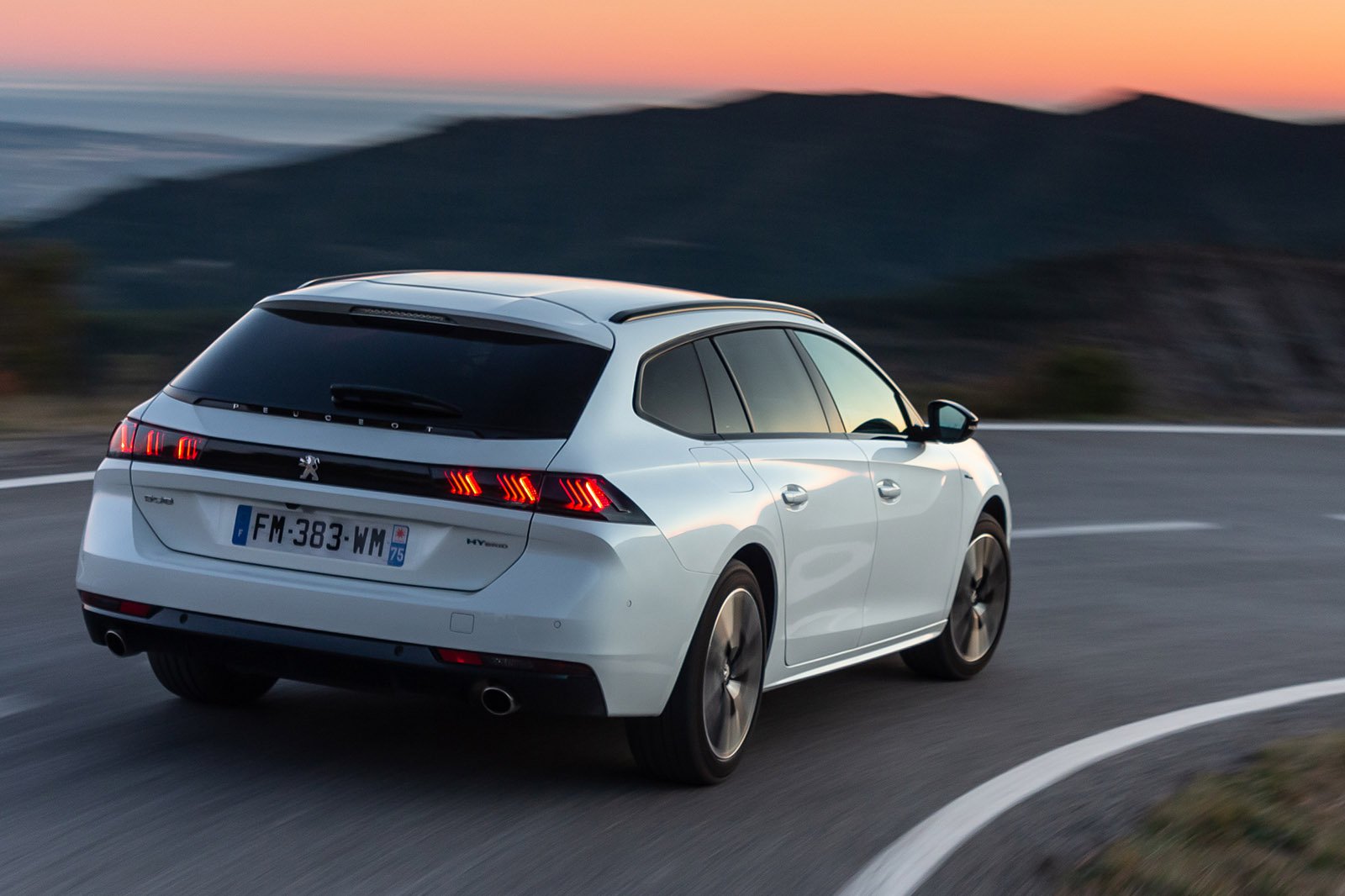