The Porsche Taycan Cross Turismo places an emphasis on rear-seat passenger space, but front seat occupants are also well catered for (this is a Porsche after all, and the driver will always come first). Six-footers and above benefit from more head and leg room than you get in a Tesla Model S and there's more storage space overall, too.

In the back, the Cross Turismo can easily accommodate a couple of six-footers, with its squared off roofline giving passengers significantly more headroom than you get in the standard car (Porsche claims you get an extra 47mm). That gives the rear of the Cross Turismo a surprisingly airy vibe, which is a nice bonus for back-seat passengers.

Our test car came with Porsche’s optional four-plus-one seating layout as standard. We don’t recommend that option in the standard coupé as the combination of a raised middle seat and a low roof make it unusable for most. In the Cross Turismo, though, the extra headroom makes it a viable seat for children (for short journeys) and the four-plus-one option brings with it 40/20/40 split-folding rear seats. Without it, the rear seats fold in a less convenient 60/40 split.

With those seats in their upright position, the Cross Turismo’s boot is not much bigger than the one in the coupé. We would estimate that there is about two carry-on suitcases worth of extra space. With the seats dropped, the difference between the two cars is more marked, and the high roofline and wider loading aperture provide you with a genuinely useful amount of space. It is worth noting that the physically larger but similarly priced Audi RS6, Mercedes-AMG E63 S and Tesla Model S all offer more boot space. 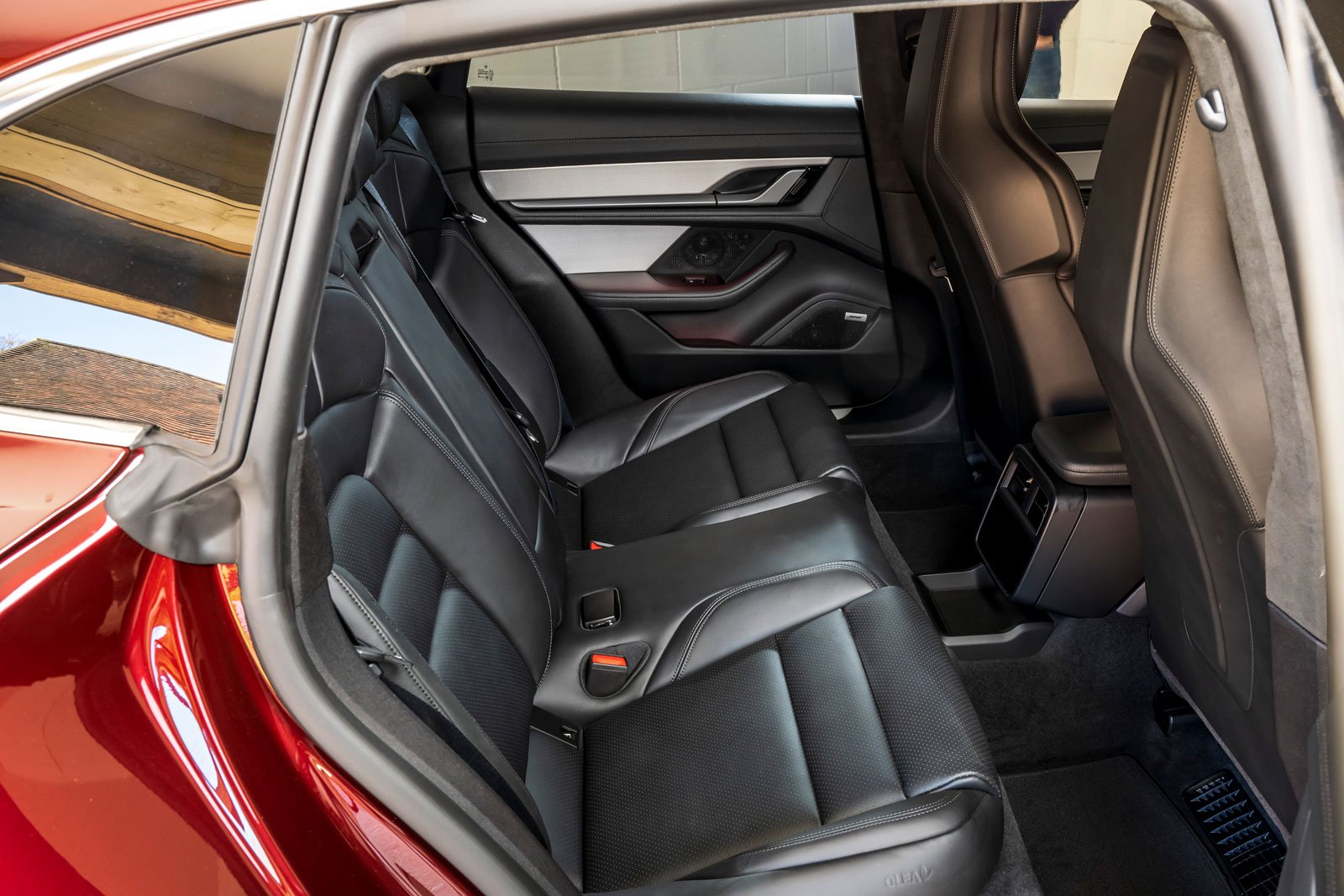 A spacious and versatile electric MPV, but its range is r...

Fast, good to drive and roomy – a thoroughly recommendabl...

The Lexus UX300e is pleasant to drive, but short on range, spa...