The combination of the 134bhp 1.6 diesel and six-speed automatic feels reasonably eager and responsive at first, but the 12.0sec 0-60mph time is testament that it’s not that quick flat out compared to a lot of rivals out there – the Skoda Karoq 1.6 TDI 115 is quite a bit punchier. But, while straight-line pace leaves you wanting, it’s gutsy, with enough muscle to tow up to two tonnes (with two or four-wheel drive), as long as you’re not in a hurry. It’s also impressively smooth for a diesel and keeps you largely free from intrusive vibrations inside, so in our view it’s the most useful engine in the range.

If you want a petrol engine, it’s a shame that the 161bhp 1.5 GDI-Turbo is similarly lethargic. Yes, it will get you up to motorway speeds, but doing so takes a little while and you have to plant your foot firmly on the accelerator before it really comes to life. Other rivals – the Skoda Karoq and Seat Ateca – offer a wider range of significantly more impressive petrol engines, most of which are far quicker than the Korando’s offering. Adding the automatic gearbox makes it slower still, and it’s not very responsive.

The Korando’s steering is responsive and fairly accurate, while the firm suspension affords it decent poise and control through corners. It’s still some way off delivering the kind of driver enjoyment that you’ll find in the Ateca, though, which is one of the sharpest family SUVs to drive.

Most of the Korando’s rivals, even the sporty Ateca, manage to ride better, too. On patchy surfaces the Korando does not impress, with small bumps causing it to pitch and fidget and after a while all the jostling gets pretty tiresome. Adding the bigger 19in wheels only make matters worse. Things do settle down at a motorway cruise, but if you want something wholly more comfortable, we’d suggest looking at the Karoq instead. 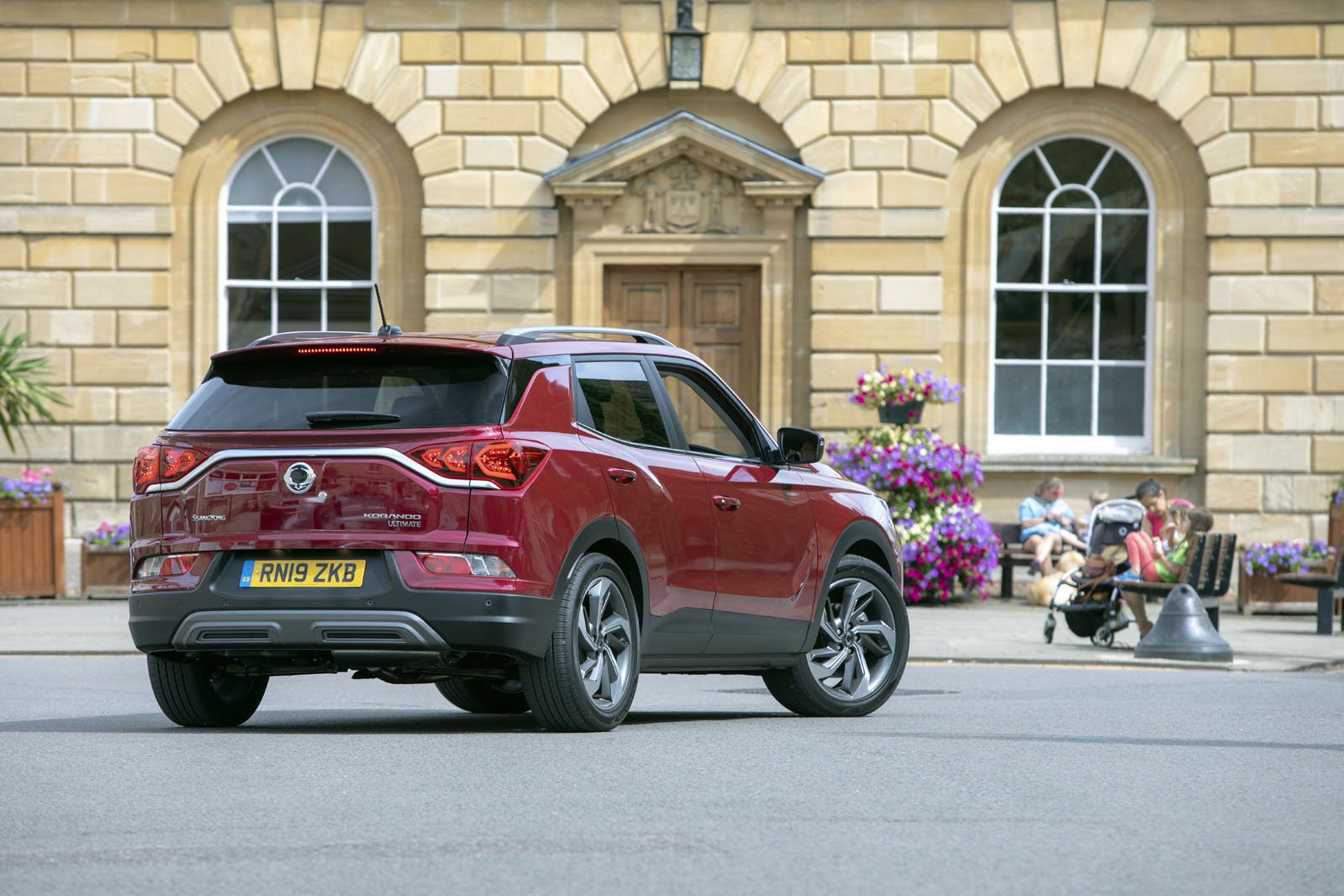